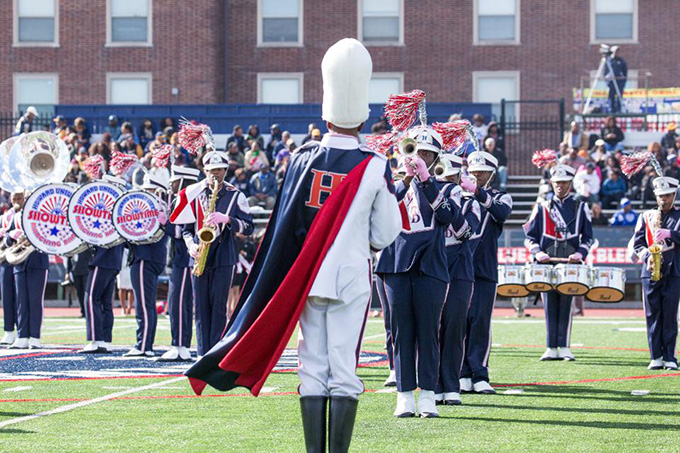 By reducing enrollment and disrupting instruction, the COVID-19 pandemic is generating financial distress for all colleges and universities.

Schools that were already financially fragile before this health emergency and economic recession began could soon face even greater risks. That includes several historically Black colleges and universities, or HBCUs.

Based on my economic research regarding HBCUs and as a Morehouse College graduate, I’m concerned about the long-term prospects of these institutions for many reasons. One is that HBCUs like my alma mater have long served as vehicles of upward social and economic mobility for African Americans denied opportunities elsewhere.

The Department of Education tracks which colleges and universities are most at risk of closure in its heightened cash monitoring list. The government includes on this watchlist schools with issues related to late or missing annual financial statements or audits, outstanding liabilities, administrative problems and budgetary woes.

At least 10 of the nearly 450 schools in the latest edition, released in March 2020, are HBCUs facing one of the two levels of this federal scrutiny. That’s about 1 in 10 of the nation’s roughly 100 HBCUs operating today.

Three others – Cheyney University of Pennsylvania, Wiley College in Texas and Arkansas Baptist College – face even stricter requirements. Because the government has designated them as being in the more onerous HCM2 category, these colleges and universities have to disburse financial aid funds from their own coffers first. They then submit detailed paperwork for each student before the Education Department will reimburse them.

Insolvency is the biggest cause of colleges and universities shutting down.

Indeed, this was the fate of St. Paul’s College, a private HBCU in Virginia that closed it doors forever in 2013. Prior to its closure, St. Paul’s was stripped of its accreditation in part due to its poor financial health. Enrollment continued to decline while the school was on accreditation probation.

But to be sure, being on the heightened cash monitoring list means only that a college is at risk of closure, not that it is certain to close. For example, the government put Howard University on the watchlist in 2018 and took it off in 2019.

Based in Washington, D.C., Howard’s prestige has been growing by several metrics, with some of its national rankings on the rise. Howard’s enrollment and endowment have both grown in recent years as well, according to Fitch – a credit rating agency that assesses the relative risk and creditworthiness of companies, governments, schools and other issuers of bonds.

Also, more help than usual is on its way from the federal government, which is already designating some funds specifically for HBCUs.

The Education Department announced on April 30 that it was designating nearly US$1.4 billion authorized in the CARES Act economic relief package for historically minority-serving institutions.

The House-passed follow-up package, which is stalled in the Senate, would add another $1.7 billion to that funding.

One way that schools on the heightened cash monitoring list can regain a steadier financial footing is by borrowing money on reasonable terms in private credit markets to shore up their cash flow. However, HBCUs may have to spend more to borrow than other colleges and universities.

Another option is to aggressively court large donations. But until now HBCUs have also had a harder time raising large sums of money from big donors. There are notable exceptions, of course.

Large gifts in recent years by Black philanthropists include the donation of $5 million to North Carolina Agricultural and Technical State University by retired corporate executive Willie Deese and $13 million by the entertainment icon and entrepreneur Oprah Winfrey to Morehouse.

On June 17, Netflix co-founder Reed Hastings and his wife Patty Quillin announced a major gift to support higher education for African American students. They are donating a total of $120 million to the United Negro College Fund, which supports scholarships for students at all private HBCUs, as well as Morehouse and Spelman College, two prominent HBCUs that aren’t on the watchlist.

In my view, the potential loss of these schools would be tragic. Of course, critics may argue that some of these 10 HBCUs don’t serve students well, and should be closed. For example, information from the College Scorecard, a federal education database, shows that Wiley College only graduates 37% of its students within eight years, and its attendees annually earn on average less then $25,000.

While this may seem less than ideal, my own research on the consequences of going to any HBCU suggests that if students had attended HBCUs like Wiley, they would have fared worse.

As such there is a strong case for the likes of Wiley College to stay viable. These historically black schools provide a pathway to career success and social mobility that its alums and other former students would not otherwise realize.

They may lack the prominence of their counterparts attracting large philanthropic gifts but, like Spelman, Howard and the other most prominent HBCUs, these institutions of higher education are of historical and ongoing significance.

Cheyney, established in 1837, was the first college opened to educate free Blacks.

Adam Clayton Powell Jr., a Congressman from New York and a prominent pastor, earned his doctorate of divinity at Shaw University.

Collectively, HBCUs are powerful engines of social and economic mobility for Black Americans. At a time when the death of George Floyd and other black people at the hands of police is underscoring the vulgar realities of race-based inequality and ushering in widespread soul-searching, I think all Americans will benefit if these colleges and universities, including the 10 currently on the heightened cash monitoring list, can thrive.

Author Bio: Gregory N. Price is Professor of Economics at the University of New Orleans