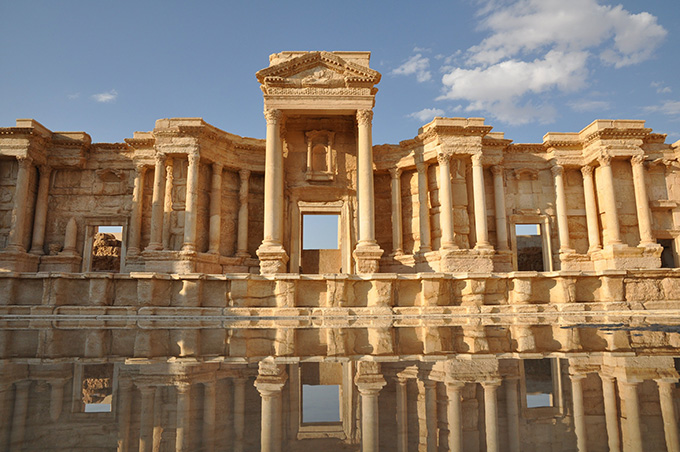 The destruction at the ancient city of Palmyra symbolises the suffering of the Syrian people at the hands of the terrorist group known as Islamic State (IS). Palmyra was a largely Roman city located at a desert oasis on a vital crossroad, and “one of the most important cultural centres of the ancient world”. Its remarkable preservation highlighted an intermingling of cultures that today, as then, came to stand for the tolerance and multiculturalism that pre-conflict Syria was renowned for -– tolerance that IS seeks to eradicate.

Early in the conflict, the area was heavily fortified. Roads and embankments were dug through the necropolises and the Roman walls, and the historic citadel defences were upgraded. Yet the terrorists occupied and desecrated the city from May 2015, systematically destroying monuments such as the Temple of Baalshamin, the Temple of Bel, seven tower tombs, a large Lion goddess statue and two Islamic shrines. They ransacked the museum, tortured and executing the former site director Khaled al-Asaad in search of treasure to sell. According to satellite imagery analysis the site was heavily looted throughout it all.

Now the city has been recaptured, the first damage assessments are underway, and Syrian – and international – attention is already
turning to restoration. This work will be greatly aided by the Syrians who risked their lives to transport the contents of the Palmyra museum to safety. The last truck pulled out as IS arrived, with bullets whizzing past. 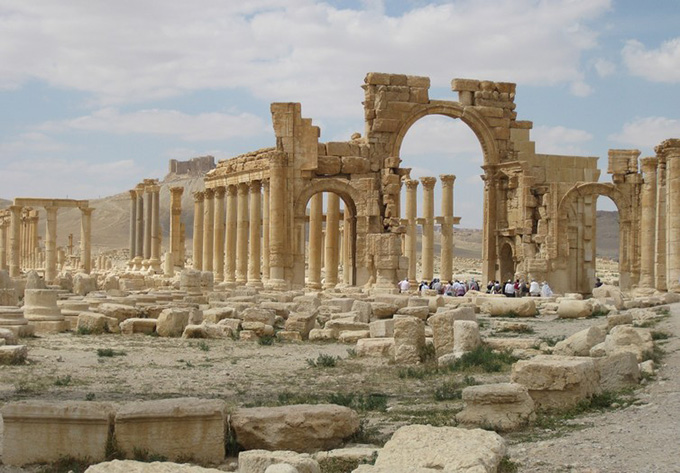 Even as they were displaced, Syrians have worked to keep a detailed memory of the city alive. Syrian artists created artworks depicting the destruction. In a Jordanian camp, refugees made miniature models of the city and other cultural sites, even measuring out the number and position of Palmyra’s columns from photographs.

The international community is also playing its part. Groups like UNOSAT, the UN’s satellite imagery analysts have used satellite imagery to monitor the damage. On the ground, Syrian-founded NGOs like APSA have linked with universities to assess the site. Groups such as NewPalmyra and Palmyra 3D Model are using the latest technology to create open-access 3D computer models from photographs.

Others have gone even further. The Million Image Database Project at the Oxford Institute for Digital Archaeology distributed cameras to volunteers across the Middle East to collect 3D photos of sites. As well as creating 3D models, they will recreate full-scale artefacts, sites, and architectural features using their own cement-based 3D printing techniques. This will start with a recreation of the arch from Palmyra’s Temple of Bel, due to be unveiled in London in April 2016. 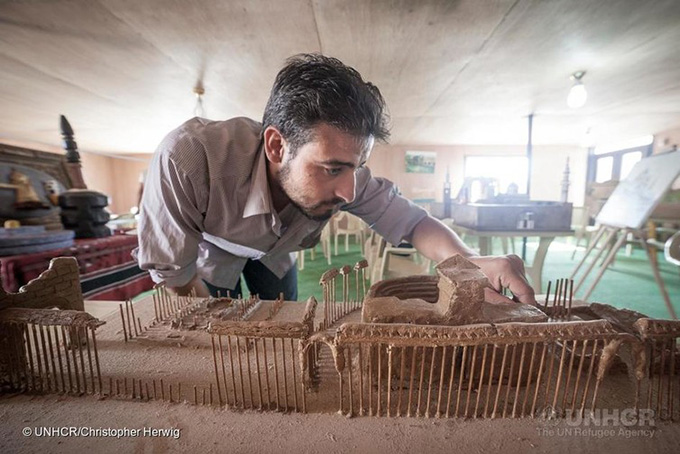 As well as being used for research, education and enjoyment, this technology could recreate (and perhaps ultimately restore) what IS has destroyed. 3D printing can be done in any colour of shapeable material, and can be as obvious – or as unobtrusive – as desired. The group is also exploring using computer-guided tools to quickly carve their models into stone.

It wouldn’t be the first time such large-scale restoration has been undertaken. Historic central Warsaw, for example, was destroyed during World War II, and was almost completely reconstructed and is now a World Heritage site. Reconstruction is costly, but might be accomplished more quickly and cheaply using new digital techniques, showing the world that Syria values its cultural heritage.

But many argue that 3D printing fails to capture the authenticity of the original structures, amounting to little more than the Disneyfication of heritage. They also point out that the fighting is still ongoing: 370,000 Syrians are dead, millions are displaced, and perhaps 50%-70% of the nearby town has been destroyed. Given the pressing humanitarian needs, stabilisation alone should be the priority for now. 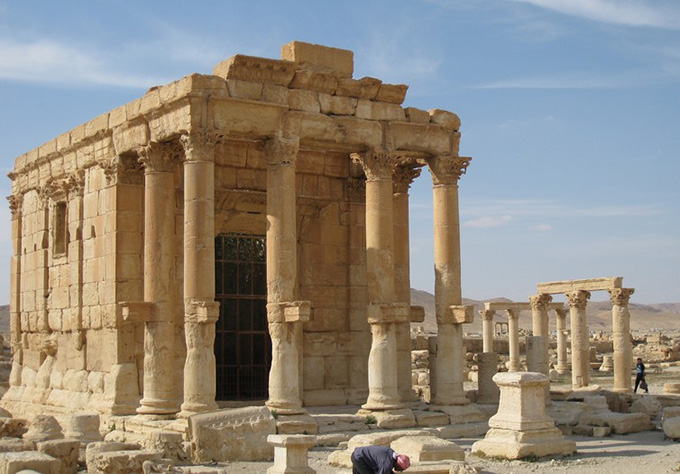 Temple of Baalshamin, destroyed by IS in August 2015. Judith McKenzie/Manar al-Athar. April 13 2010

Rebuilding also fails to redress the loss caused by the extensive looting of the site, focusing only on the dramatically destroyed monuments. Perhaps most importantly, its worth asking whether returning Palmyra exactly to its pre-conflict state denies a major chapter of its history? There needs to be a wide-ranging discussion on the priorities for the immediate future and the nature of any future reconstruction.

As has happened after previous conflicts, there may need to be a memorial as a testimony to those beheaded in the arena, or tied to columns that were detonated, or to the former site director executed in trying to protect this site that was so important to him. These stories, and many more, are a part of Palmyra’s, and Syria’s, history.

One thing is clear: while Palmyra may hold great significance to the world, the final decision should belong to those who have lived alongside it, cared for it, managed it, fought for it, and protected it for generations: the Syrian people.

Author Bio: Emma Cunliffe is a Research associate at the University of Oxford