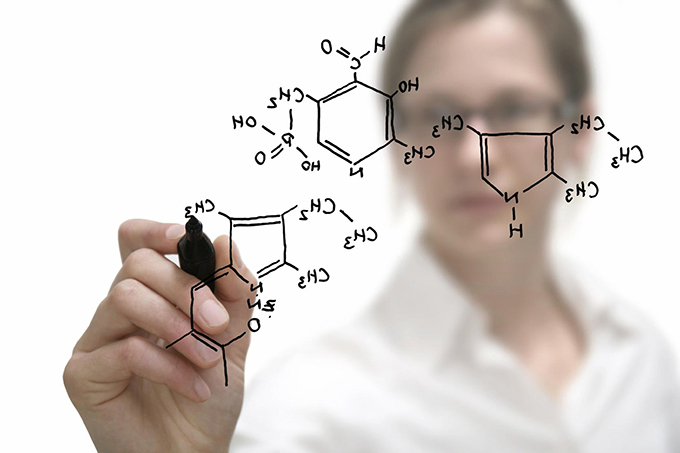 One of the problems with the master’s degree in the arts and sciences has always been its lack of identity and concrete purpose. It’s an award on the way to a doctorate, but it’s also a bauble that gets handed out as a consolation to those who leave the Ph.D. path. It’s a credential to teach school, and for employers who want to make it easier to filter a field of job applicants.

It’s also a professional course of training in certain fields. In engineering, for example, the meaning of the master’s degree has no ambiguity at all. It’s a qualification that signifies an expected level of expertise and training. The master’s in engineering is a professionalized degree.

What if we professionalized other master’s degrees in the same way? That question is not hypothetical but historical. Faced with the well-publicized employment woes of doctoral students in the 1990s, the Council of Graduate Schools called for the development of so-called professional master’s degrees, created with their own purpose and not merely as a way station on the road to a Ph.D. That notion is worth a pause to consider: It makes a lot of sense for universities to think about their offerings in terms of how people — both employers and employees — might actually use the degrees.

The first new master’s to result from that call was the professional science master’s (P.S.M.) degree. The P.S.M. story begins in the mid-1990s at the Alfred P. Sloan Foundation, a philanthropy dedicated to science and technology. “We saw increasing numbers of science and engineering students getting M.B.A.s,” Michael S. Teitelbaum, a senior adviser to the foundation, said in an interview.

That’s because there was a gap in graduate education in the sciences: A bachelor’s degree didn’t provide enough advanced scientific training, but the Ph.D. took too long and didn’t provide enough specific training for people who wanted to work outside the university. Employers said that they wanted to hire people with graduate-level knowledge of science, but not Ph.D.s and postdocs. What they wanted, said Teitelbaum, was “a different kind of knowledge.”

Persuaded by that argument, development officers at the Sloan Foundation sought a solution. They initiated “lots of discussions with nonacademic employers,” Teitelbaum said. The employers sought what they called a “T-shaped person” — a professional grounded in one field who could also communicate and collaborate with people outside it. Graduate training in the sciences, industry professionals complained, was instead producing “I-shaped people” who couldn’t work outside their own sometimes narrow areas of expertise.

Without a good supply of T-shaped candidates, Teitelbaum said, employers would instead “hire people with graduate-level skills in the field.” But they complained that “we have to train them in the rest of the skills we need,” he said. Ph.D.’s might be great scientists but mostly didn’t know how nonacademic workplaces functioned, and it took time to train them.

The master’s degree offered a natural point of entry to try to meet the employers’ need. Master’s degrees in business, health, and other fields already enjoyed high prestige and credentialing influence — why not one in science?

Sloan sought to rebuild the master’s degree according to a new template. Most master’s programs took a year, but the proposed new professional science master’s degree would take two years, so that it wouldn’t skimp on rigor. At least half of the required coursework would be in the sciences, so that the degree wouldn’t morph into an MBA with a dress handkerchief of science courses tucked in for show.

This new master’s would supplement scientific coursework with instruction in subjects directly relevant to careers in business and industry. The “plus” courses (as in “science plus”) would cover management, communication, marketing, finance — areas that weren’t part of a typical Ph.D. or master’s program in science. The P.S.M. in pharmaceutical sciences, for example, would include courses on the workings of regulatory agencies such as the Food and Drug Administration (which everyone in that industry needs to know something about), while a P.S.M. in a relatively unregulated field like computer science would incorporate courses in patent law, marketing, and other entrepreneurial skills.

Sloan invited proposals for new degree programs, with an important requirement from the start: Professors and industry employers would have to talk to each other. Those conversations were “one of the hallmarks of the design of the P.S.M. from the beginning,” Teitelbaum said. Some academics researching their master’s proposals were “extremely uncomfortable” making cold calls to a business type, Teitelbaum remembered, but they did it, and most of them said they learned a lot in the process.

Similarly, Sloan required all of the funded proposals to establish a formal advisory board of employers in the scientific sector corresponding to the particular degree — a P.S.M. in biotechnology, for example, would be advised by an external board of biotech company executives.

That tie between the campus and the workplace is entirely consistent with the history of the American research university, which has a long tradition of seeking justification for its existence based on its social utility — but researchers have not usually been the ones making those arguments for usefulness. They’ve usually been on the side of pure research.

The Sloan Foundation initially supported P.S.M. proposals at Michigan State, Georgia Tech, and the University of Southern California, for what amounted to an unofficial pilot program. Each department received a start-up package lasting from 1997 through 1999, with the goal of financial sustainability at the end of that time. Both the foundation and the institutions shared an attention to detail in pursuit of that goal. The three-year plans compared actual to projected enrollments. Faculty were also asked to assess “the quality of their applicant pools,” said Teitelbaum, and the foundation “tracked the number of graduates and their initial job experience.”

The three programs proved successful and provided models for those that followed. Sloan financed a slowly growing number of P.S.M. programs from 2000 through 2007. About 120 such programs came into existence during those years, with the number growing steadily by about 10 each year. The degree programs were so successful that the foundation decided to continue its support for two years past the scheduled endpoint. The goal of those last two years was to stimulate greater expansion of the new degree at large state-university systems. That proved good policy, and P.S.M. programs immediately began multiplying exponentially.

In 2013 the Keck Graduate Institute, which assesses new P.S.M. programs, held a large event to celebrate the 300th program. More than 5,000 students have now graduated with the degree, and most have found science-related employment.

The main risk that P.S.M. programs face going forward is a happy one: overgrowth. Their responsiveness to market fluctuations has been good so far — these degrees were, after all, built to suit the market. But the spectacular annual growth rates of 20 to 30 percent are unsustainable in the long run, and universities will have to adjust.

Carol Lynch, a former officer at the Council of Graduate Schools, calls the P.S.M. a “proof-of-concept success story.” It “has its own momentum now,” says Lynch. “Institutions want to be part of the brand.”

The P.S.M. is a great story of innovation and collaboration inside and outside of the university. It’s a model to emulate in other fields. Actually, humanists and social scientists have already tried to emulate it. The result was a sad — but also instructive — story that I’ll tell in my next column.