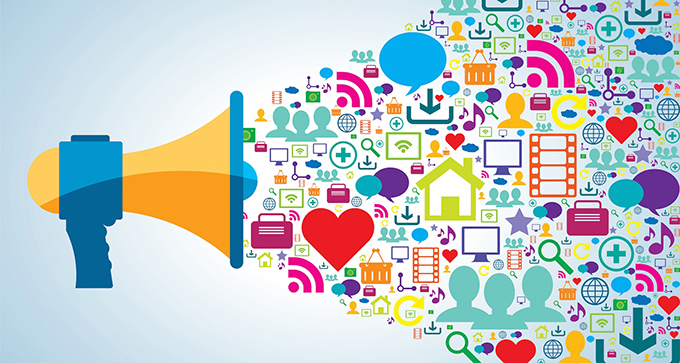 How many friends have you got, and how many people do you know? If you use social media such as Facebook and Twitter you can probably quantify these things quite readily, but the answers will be wildly inaccurate as we all routinely overestimate these things.

What is more, the answers will be irrelevant to your work as an academic. We are all quite naturally obsessed with what our friends and acquaintances think of us and we crave evidence of the esteem in which we are held.

That we naturally crave this evidence does not mean that it is good for us to get it. Shaped by millennia of life experiences in which they were hard to come by, human beings also crave fats and sugars, but for half the world’s population (roughly the same half that now has access to the internet) the relatively easy access to a fat- and sugar-rich diet is a serious threat to health. Social media are an equally serious threat to our mental health. That we can feed these cravings does not mean that we should.

The broadcast media (cinema, radio, television) that came to prominence in the first half of the 20th century enabled one-to-many communication on a vast scale. The internet, invented in the second half, and especially Tim Berners-Lee’s World Wide Web, enabled not only one-to-many but also many-to-many communication on an equally vast scale. The global benefits of this are all around us and scarcely need to be mentioned.

The internet (which carries the data) and the World Wide Web (which makes it easy to package texts and images into “pages”) are “free” in two senses.

First, when you are connected there is no charge for each unit of information that you wish to send or receive. Second, and most importantly, you are free to send and receive what you like, subject only to local laws about criminal behaviour. In universities, the entire internet infrastructure is, like the NHS, free of charge at the point of use. And so long as you stay within the law, you can send and receive anything you like. The educational opportunities are legion.

Social media are additional services that are layered on top of the internet and the World Wide Web, run by corporations that (when successful) accrue vast profits. They are not “free” in either sense: they generate income and restrict free expression.

Leaving aside the censorship, where is all the money coming from? It comes from the advertisers who want, most of all, to know exactly what you like and dislike, what kinds of products you are apt to buy, what kinds of films, food and music you enjoy, and just who you know and how much like you they are.

Before social media, advertisers’ best source of this information was credit card payments, which by their nature generate giant pools of information about individuals and their purchasing preferences. But even by giving them to almost everyone who could conceivably use such a card – making them effectively free and highly convenient – advertisers could not gather all the highly personal data needed to maximise the targeting of their efforts.

In return for feeding our desire for evidence of how we are doing in our social interactions – our narcissistic craving for others’ approval – first Facebook and then a group of other social media corporations persuaded half of humankind to give up their most intimate personal details. The pernicious uses to which this information was to be put were not apparent at first, and it still takes a close reading of these services’ long “terms of use” documents to discover the breathtaking scope of their intrusions into your private affairs.

And when did you last read the terms of use?

Young people, such as most students, are particularly susceptible to the cravings that social media satisfy, which is why they are the heaviest users. It is the professional duty of academics to help students to think beyond the narrow confines of their existing groups of friends, families and acquaintances.

My field is English literature, for which the primary objective must be to broaden students’ horizons by introducing them to an enormous body of extraordinarily diverse human thought and expression. Students need to be helped to sever some of the ties that bind them to the people they already know and to discover new forms of connectedness in the shared writings of the wider world. Students must discover that it is OK not to be popular with the in-crowd, OK to be something of an oddball with unusual tastes, OK to prefer to spend the entire weekend immersed in a Russian novel or a medieval epic poem.

Students must be weaned off the social media that, like bad food, infantilises them by overfeeding their innate cravings.

Computers are the most liberating machines that humans have ever invented. They are, indeed, what Alan Turing called them: universal machines. There are many ways to use them to further the positive benefits of higher education.

The books and other writings that I teach ought not to be available to students only on printed paper: we should (where copyright law allows) be giving students these materials in digital form since that is the cheapest and most convenient way to read them.

We should be teaching students computer programming so that they can use these machines in ways limited only by their imaginations and effort. We should be discouraging them from wasting their days fretting over the trivial details of who thinks what about whom in their group, updating their “statuses”, and sharing the pictures that they think puts them in the best possible light.

As academics we need to help our students to think more ambitiously about how they interact with the wider world. And for that we need to stop using social media and to wean students off them.

Author Bio: Gabriel Egan is professor of Shakespeare studies and director of the Centre for Textual Studies at De Montfort University.