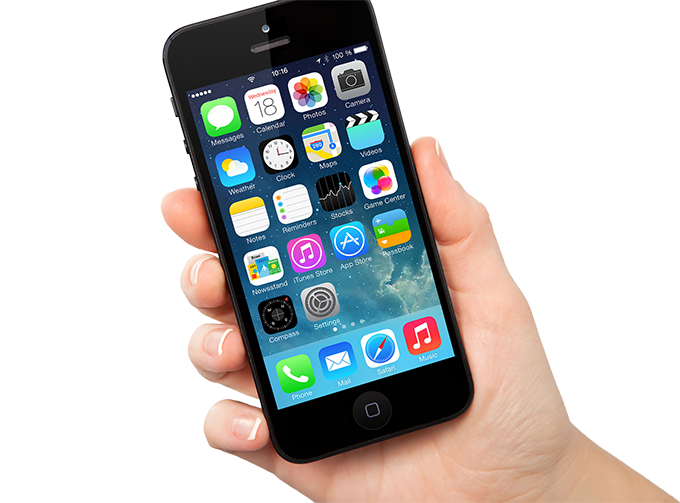 A federal magistrate judge in California has issued a warrant ordering Apple to assist the FBI in accessing data on an iPhone used by a suspect in the December 2015 San Bernardino mass shooting.

Apple’s public refusal to comply with the order – and its motion asking a judge to reverse the order – has set up a legal showdown that has captivated the technology world. The public debate centers around privacy, encryption and electronic security. 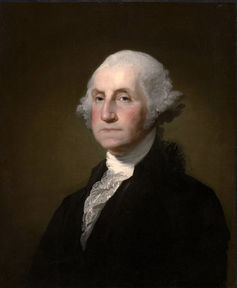 President George Washington signed into law the first version of the All Writs Act. Gilbert Stuart

The warrant issued to Apple is backed by the All Writs Act, a 1789 law signed by President George Washington that gives courts broad power to issue orders for which there is no other specific statute – as long as it is consistent with the usages and principles of law.

The age and sweeping scope of the law has attracted criticism and praise alike.

In my view as a former federal prosecutor, the use of the All Writs Act here is nothing really novel – even if it does date back to 1789. All it says is that the courts can issue an order for which there is no other specific statute as long as it is consistent with the usages and principles of law. And the act itself was actually reenacted in the early 1900s and updated in 1948.

To collect evidence, normally the government uses a search warrant – which is authorized under a specific provision of the Federal Rules of Criminal Procedure. In the San Bernardino case, the government has a court’s permission to examine the contents of the phone – but the phone is encrypted by a passcode only the user knew, and he is dead.

To gain access to the phone’s contents in a reasonable and practical way, the court must get Apple to remove security features of the iPhone’s operating system that limit the government’s ability to crack the encryption. There is no specific statute that requires companies to perform this exact task in so many words. In this case, however, that task is consistent with the search warrant, so the court is just using the All Writs Act to order the company to help the authorized search happen by opening up the phone.

Not a first use, even for technology

The government has used the authority of the All Writs Act before. The U.S. Supreme Court sanctioned it in its 1977 ruling in US v. New York Telephone, a case that is both fascinating and instructive in this situation.

In that case, the government had a court order authorizing a wiretap to listen in to conversations on a suspect’s phone, and was attempting to get the telephone company to install a pen register as well. A “pen register with trap and trace” (PR/TT) system records what numbers are dialed on a phone, as well as the source of incoming calls. Without that system, the other parties to the suspect’s phone conversations might be unknown or hard to locate.

The phone company said there was no specific statute requiring it to access lines and install a pen register system. The government responded that it was natural that along with the wiretap authority would come the ability to identify the other parties on monitored calls.

The court’s one caveat was that the imposition on the company should not be unreasonable. It wasn’t: the phone company already relied on PR/TTs to track incoming and outgoing calls for billing purposes.

Apple has already made the argument that reengineering its operating system to remove the security features will be difficult. In addition, the company has said doing so would threaten the privacy of all its customers.

I am not an information technology specialist, but those arguments seem to violate common sense.

First, it’s hard to believe that Apple developed the security system in such an integrated way that removing some features would be extremely difficult for the company to do. These are, after all, some of the world’s best and brightest minds.

Second, Apple does not have to give the new operating system to the government in any way that could be easily copied or distributed. It needs only to be installed on the phone, which would then be opened by FBI technicians and secured along with other case evidence. Apple should be able to keep its work secret – after all, Coke and KFC have kept their recipes secret for years.

The suggestion that installing a new operating system with less security on one phone in company and FBI custody would expose millions of phones sounds implausible. The fact is the government would get access to a phone only when it shows a court probable cause that the phone contains information related to criminal activity. That means everyone else has nothing to fear.

The latest complaints that government has several other iPhone access requests pending with Apple also seem ludicrous. That is a tiny handful of phones out of millions – is that such a burden on Apple? The company benefits from the laws and protection of the United States. It should at least be willing to help protect American citizens.

It’s hard not to think that marketing and economics are at least somewhat behind Apple’s actions. But my guess is most people understand that the FBI would not be getting into their phones without a probable cause search warrant.

In addition, I would think Apple would not want to have a market composed of people who want to use iPhones for dangerous and illegal activity. The company might actually lose more future customers because of its uncooperative attitude than it would ever lose by helping the government by complying with a court order.

Author Bio:Ronald Sievert is a Senior Lecturer in Government at Texas A&M University