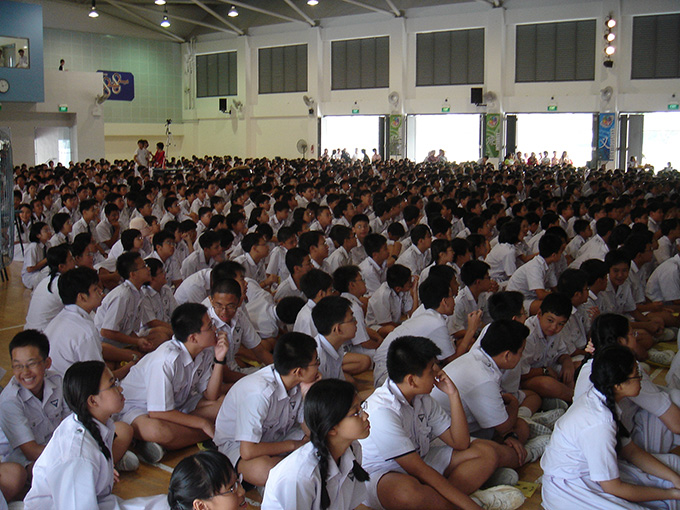 Singapore, Hong Kong and Shanghai have come top of a new ranking of how teenagers in cities and states around the world perform on global maths, reading and science tests. London, despite showing a marked improvement in domestic exam results in recent years, has not come out highly on the ranking.

The Programme for International Student Assessment (PISA) is perhaps the world’s most influential educational assessment. Conducted every three years by the Organisation for Economic Co-Operation and Development (OECD), it is widely used to compare educational standards across the world.

Results from PISA are typically reported at the country level – setting out how the reading, science and mathematics skills of 15-year-olds in one country compare to their peers in another. Now the OECD has expanded its interest into benchmarking regional economies, such as Canadian provinces, Chinese cities and American states. Perhaps the most prominent example is Shanghai, China, which topped the PISA mathematics, reading and science rankings in both 2009 and 2012.

In my new research, using combined data from the PISA tests in 2009 and 2012, I have estimated PISA scores for a number of major world cities for the first time. These results are presented in the graph below, focusing on how educational standards in London compare to some of the world’s other major regional economies.

There are some striking results. With an average PISA mathematics score of around 480, 15-year-olds in London are around three school years behind their peers in Shanghai. The average score across OECD countries is 500, and for the rest of around 495. In London, where the data covered 42 schools and 1,057 pupils, only the top 10% of children can match the mathematics skills of the average 15-year-old in Shanghai. On the other hand, children in Riga, Latvia, achieve at or above the OECD average across the PISA reading, science and mathematics domains.

There are several possible explanations for this result. Countries differ in many ways, including education systems, teaching methods, use of out-of-school tuition and the role parents play in shaping their children’s education. It would therefore be wrong to interpret these results as suggesting there is a problem with London schools. Yet, what it clearly does show is that the reading, mathematics and science skills of the average 15-year-old in London is way below that in several other major world economies – a situation that needs to be resolved.

As PISA grows in terms of its political influence, it is likely that interest in such regional estimates is only likely to grow. Some commentators have argued that such comparisons are likely to be much more meaningful than the standard PISA country-level reports. I agree and think it’s good news that the OECD has now announced the launch of a new study on social and emotional skills in cities, and the further benchmarking of regional economies in upcoming waves of the PISA tests.

Author Bio:John Jerrim is a Lecturer in Economics and Social Statistics at the UCL Institute of Education