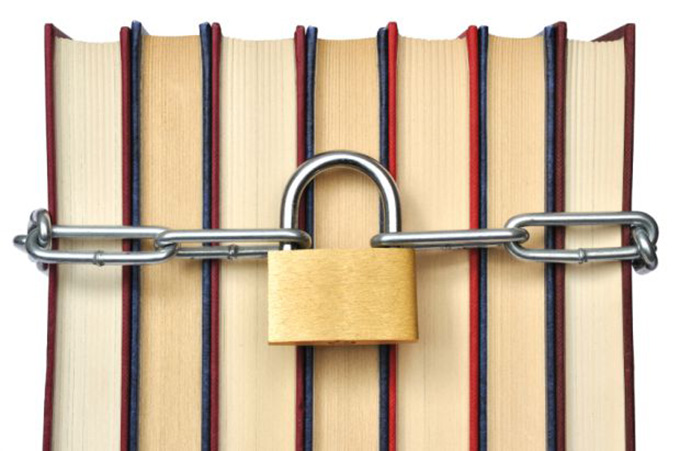 Like most university teachers, I like to think of myself as being liberal-minded and open to new and unconventional ideas. So, in response to the question about whether we are right to ban certain books, my automatic reply is “no”. After all, I believe in freedom of expression and can cite numerous examples of how censorship unjustly repressed honest and imaginative writing.

The list of authors whose works have been banned is extensive, including: Salman Rushdie; D. H. Lawrence; Franz Kafka; John Steinbeck; Radclyffe Hall; and Henry Miller. At the same time, however, I’m not being completely honest, because there are books that I don’t want to see on the shelves of my local bookstore, or available on the internet.

What about child pornography, for example, or works that incite hate crimes? The books that are and have been censored, therefore, cannot be slotted into neat categories that set freedom of expression against authoritarian repression.

The recent decision to republish Hitler’s Mein Kampf after 70 years is a case in point. Originally published in 1933 and a best-seller, Hitler’s work fuelled the anti-Semitic and racist beliefs of the Nazi regime. After the war, to curb the text’s use as propaganda, the Allied occupying powers used restrictions on copyright to prevent publishers from reissuing Mein Kampf.

Now, 70 years later – since under German law the book is no longer under copyright – a new edition is being been produced by the Institute of Contemporary History in Munich. The Institute has been careful to point out that their edition is a scholarly work with detailed annotation and a thoughtful and self-aware introduction. As such, the work is intended to challenge the uncritical editions available in second-hand bookstores as well as to allow scholars to study the ways in which regimes develop racist propaganda.

Rather than inciting violence, this new edition offers ways of demystifying the Nazi regime while at the same time providing understanding of how current repressive governments similarly incite hatred of other races, nations and faiths. Indeed, while there have been negative responses from Holocaust survivors and their descendants, the published debates have been well informed and dignified.

So, Mein Kampf, a book that was used as part of the justification for mass murder and was deemed unpublishable in the aftermath of the Second World War, is no longer to be banned because it is now considered useful to our understanding of a moment in history that, it is argued, informs our own fight against repressive regimes. A combination of time and scholarship has, it seems, ameliorated the threat posed by the book.

The measured reaction to the republishing of Hitler’s political rant is very different from the way we look back at other instances of censorship. For example, in 2012 I visited the Banned, Burned, Sized and Censured exhibition at the Harry Ransom Center in Austin, Texas, which focused upon censorship in the US during the inter-war years.

One intriguing section of the exhibition focused on the indefatigable John Saxton Summer who, as secretary of the New York Society for the Suppression of Vice, raided bookshops across New York, seizing – in 1935 alone – $150,000 worth of what he decided was “filth”.

That such filth was a product of the censor’s own mind, rather than being inherent to the banned text, was brilliantly illustrated by Kendall Banning’s Censored Mother Goose Rhymes (1929). This book accurately reproduced well-known poems and, by simply blacking out a single word, allowed the reader to construct a very different meaning. Take, for example, See-Saw Margery Daw:

See-saw Margery Daw,
Jenny shall have a new master;
She shall have but a penny a day,
Because she can’t _______ any faster.

What Jenny can’t do “any faster” is left to the imagination of the reader whose interpretation may well have been influenced by the values of those seeking to repress freedom of expression. As Banning commented in his dedication, “To the Censors who have taught us how to read naughty meanings into harmless words.”

Today, such censorship seems ludicrous. The examples of Mein Kampf and Mother Goose might appear to represent different forms of censorship, but in both cases changing value-systems have removed the threat originally identified.

This is precisely why we should never make hasty decisions about whether to repress certain publications.

Author Bio:Marion Wynne-Davis is professor of English literature at the University of Surrey.