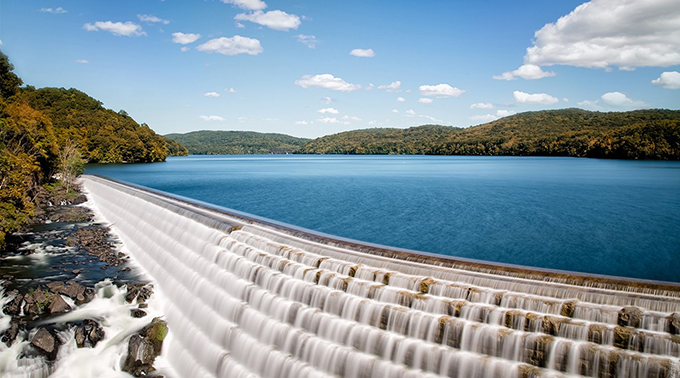 More than 2,000 large dams have been built and more than 200 are currently under construction or planned in sub-Saharan Africa. The general aim is to enhance food security, increase hydropower generation, manage rainfall variability and promote economic growth.

In 2012, the continent’s heads of state and government laid out an ambitious, long-term plan for closing Africa’s infrastructure gap. Ethiopia has built several dams in recent years that have helped satisfy its growing energy demand. The Democratic Republic of Congo has initiated the construction of several dams along the Congo River at Inga Falls. The height of the Kamuzu Barrage is being augmented in Malawi.

Encouraged by recently renewed international aid for water resources development, feasibility studies are under way for many more dams throughout the continent.

But the construction of these dams brings an unintended consequence – an increase in malaria cases in the surrounding areas. 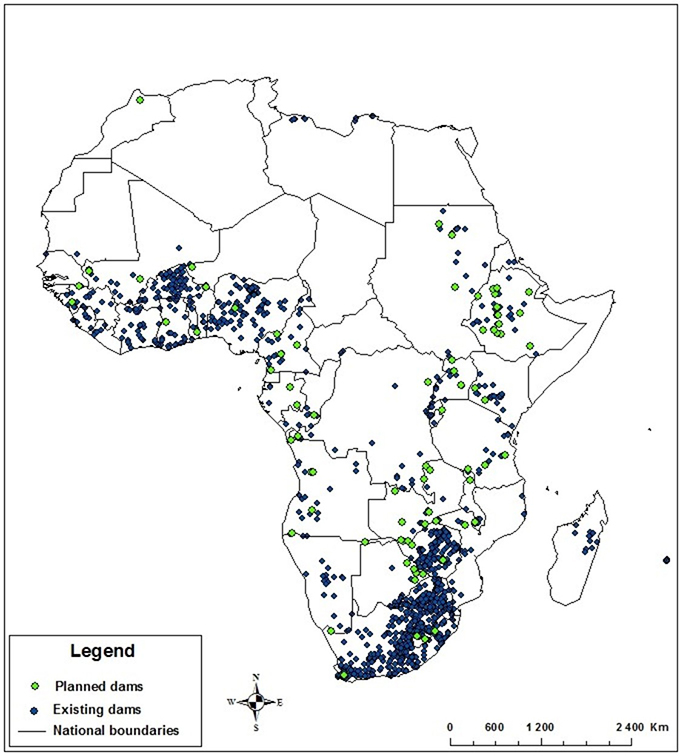 Africa is home to 90% of the global malaria burden, carrying at least 174 million cases annually. A conservative estimate is that more than one million malaria cases result from large dams in Africa each year. Specific examples of elevated transmission around dams have been documented in Cameroon, Ethiopia, Ghana, Kenya, Senegal and Zimbabwe. One example is the Koka Reservoir in central Ethiopia.

Water impounded in reservoirs generally increases the abundance of sites – typically shallow puddles – in which larvae of the malaria-carrying Anopheles mosquito thrive. This causes a drastic increase in the overall number of adult mosquitoes. These mosquitoes often bite people in the evening and night, increasing the rate of malaria transmission among human populations living within a few kilometres of reservoirs.

The puddles that create breeding sites for mosquitoes are located in seepage areas just below dams, around reservoir shorelines, and in human-constructed areas like irrigation channels in the vicinity of reservoirs.

Our evidence suggests shoreline sites are the most important of the various malaria mosquito breeding sites. Reservoirs create these shoreline puddles when the water level recedes; they then become ideal places for mosquitoes to breed.

What can be done?

Overall malaria incidence in Africa has decreased significantly in recent years. In sub-Saharan Africa, intensive malaria control efforts since the beginning of the 21st century have resulted in a reduction of malaria-associated mortality by 45%; 1.6 million fewer malaria deaths occurred between 2001 and 2015. This confirms that, when deployed correctly, conventional measures provide a strong foundation on which to base control efforts.

But the impact of malaria around dams where there have been efforts to control it suggests that conventional control strategies may be insufficient. So it is crucial to consider additional options for control in conjunction with conventional approaches.

Decision-making related to placement of dams in a river basin may affect malaria, given the differing impact of dams on malaria in different conditions.

Such a different impact can be incorporated into basin development planning.

The design of dams and the size of reservoirs behind them hold potential to affect levels of malaria in surrounding communities.

The way a dam is designed can, for example, influence the degree to which downstream seepage occurs. The potential to create productive larval puddles in reservoir shoreline sites can be factored into decisions on the height of future dams.

The size of the reservoir determines the size of the shoreline for mosquito breeding – smaller dams have lesser shorelines than large dams – so less malaria impact.

Reservoir water levels can be manipulated to create a habitat less favourable for development of Anopheles larvae.

Faster water release rates during the main transmission season have been shown to suppress mosquito breeding by desiccating shoreline puddles. This will reduce prevalence of malaria in surrounding communities.

Work around the Koka Reservoir in Ethiopia, for example, has shown the potential of using optimised dam management for malaria control without sacrificing the primary purposes of the dam.

In India, larvivorous fish were used as a major component of the integrated malaria control program.

Time to look at the problem differently

It might be time to consider the impact of dams on malaria in a new light.

Such impacts should be viewed as more than a local problem that can be tackled by conventional methods. Addressing dams’ impacts may instead be better served by long-term, holistic engagement that treats the problem for what it is: a major challenge that is not going to go away easily.

Fostering such a shift will contribute to ensuring that unconventional malaria control options are not overlooked but receive central focus as dam planning, design and operation are undertaken.

There are clearly many ways in which malaria can be fundamentally internalised in dam development. It is time to reorient perspectives on dam planning and management so that this is achieved.