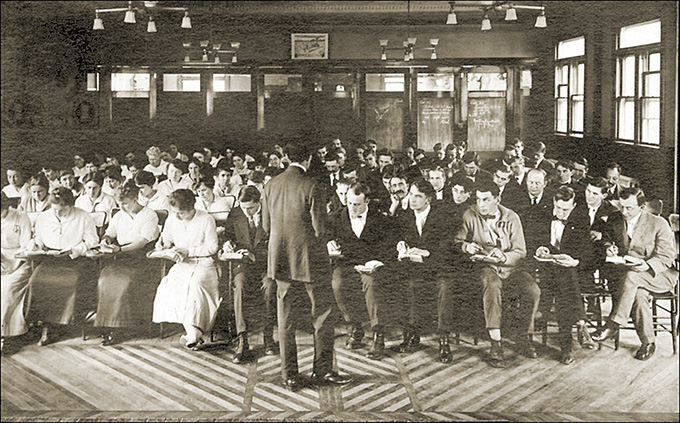 When it comes to universities, students and academics alike tend to think that the older an institution is, the better it must be. But is that really true?

An analysis of the 800 institutions that feature in the Times Higher Education World University Rankings 2015-2016 suggests that it is – up to a point. Older universities do indeed tend to achieve a higher rank than newer institutions, and there is a weak correlation between the age of universities and both the citations they accrue and their performance on measures of teaching and research (especially their reputations in each). However, there is virtually no correlation between age and the other two main pillars of the rankings: industry links and internationalisation – except, in the latter case, a slight correlation between age and the proportion of internationally co-authored papers (see graphs, below).

Nor is it the case that the most ancient universities make up the most high-scoring demographic group. The 26 institutions in the rankings that are more than 600 years old include stellar performers such as the universities of Oxford (founded in 1096; second in the rankings) and Cambridge (1209; fourth), but also some relative underperformers such as Hungary’s University of Pécs (1367; in the 601-800 band).

In fact, it is the 20 universities between 500 and 600 years old that record the highest median overall score. These constitute a solid block of European powerhouses, among them Germany’s LMU Munich (founded in 1472; 29th), Belgium’s KU Leuven (1425; 35th) and Denmark’s University of Copenhagen (1479; joint 82nd).

The age distribution of top 800 universities

Another notable period for university foundation – especially when judged on the number of citations their modern incarnations accrue – was the 17th century. That group of 13 includes European top-100 institutions the University of Amsterdam (founded in 1632; 58th in the rankings), Utrecht University (1636; 62nd), the University of Helsinki (1640; joint 76th) and Lund University (1666; joint 90th). But the key factor is that this was the era in which American universities began to be founded: most notably, Harvard University (1636; sixth) and Yale University (1701; 12th). As there are just 13 institutions in the rankings that date from this period, these two institutions significantly skew the figures upwards – particularly if you look at means rather than medians.

The biggest wave of university establishment began in the 19th century: 278 universities in THE’s top 800 were created between 1817 and 1916 – almost seven times the number (42) established in the preceding 100 years. According to Michael Shattock, visiting professor in higher education at the UCL Institute of Education, it was primarily economic worries that drove the Victorian-era expansion. For instance, “people had come back to Britain from the Great Exhibitions in Paris [held between 1855 and 1900] saying: ‘We cannot match them in technology unless we start investing in education and our industrial base.’”

The epoch was one of the most fruitful periods in history for university foundation in terms of quality as well as quantity. Although the 278 institutions from that era in the THE World University Rankings have a lower overall median score than those founded in the 15th, 17th and 18th centuries, they considerably outpace every subsequent epoch. Many of the 19th-century institutions that perform particularly strongly are US state universities, often known as “land grant universities” after the vast swathes of land gifted to them by the 1862 Morrill Act, which was enacted shortly after the end of America’s Civil War, Shattock explains. That legacy guaranteed a degree of financial security and autonomy for the institutions – especially the University of Texas, whose 2 million acres of arid farmland turned out to be situated atop a massive oil and gas field that has yielded up to $1 billion (£705 million) annually in recent years.

Median age and score of universities, by country 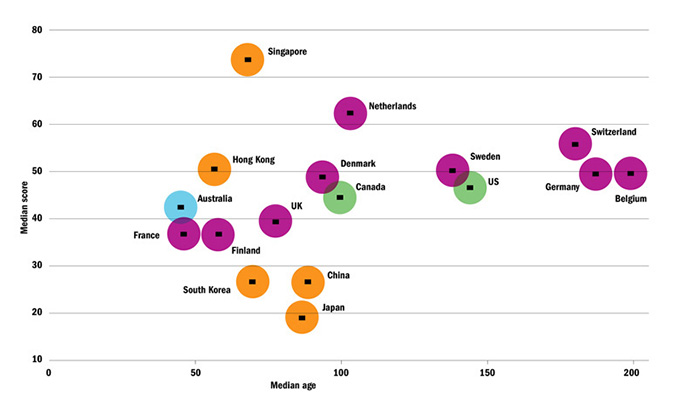 Note: Only countries with a university in the top 100 are listed, but data cover the top 800

“People often think about Princeton and Harvard when they think about US higher education, but it is really a state system, particularly outside the Northeast,” says Roger Brown, emeritus professor in higher education policy at Liverpool Hope University. The formation and support of successful state universities is “the real triumph of US higher education”, he says, and one that offers lessons for the many modern-day governments keen on establishing world-class research universities. Like the plate-glass universities established in the UK in the 1960s, US state universities were the result of “government action and continued support – but the state then took a back seat in steering them”.

Political consensus that public spending was a good thing also helped to drive the creation of new universities across Europe in the early to mid-20th century, says Robert Anderson, professor emeritus in history at the University of Edinburgh, who has written extensively about the history of British higher education. Some 265 institutions in our rankings were created between 1917 and 1966, although, interestingly, their median overall score is lower than those of every other age range examined by our analysis – including universities created even more recently.

Also crucial in spurring the creation of new universities in the 20th century, Anderson adds, was the massive increase in student numbers resulting from the post-war baby boom, coupled with educational reforms that kept more students in school for longer.

Indeed, this expanded pool of students is the most significant factor regarding epochs that produce outstanding universities, says Tyler Cowen, the Holbert C. Harris chair of economics at George Mason University, in Virginia, US. It explains, for instance, much of the 20th-century rise of US West Coast universities such as Stanford University (founded in 1891 and third in the THE World University Rankings), the California Institute of Technology (1891; first) and the various University of California campuses (the first of which, Berkeley, was founded in 1868 and is ranked 13th).

Singapore is another good example of how growing numbers of students, high levels of state investment and a commitment to academic autonomy can produce stunning results, adds Cowen, who has acted as an adviser to the city state.

“Everyone knows in Singapore that the best professors and students will be rewarded in its honest environment,” he says, adding that “promises to respect autonomy of the schools are very much believed”.

Correlation between university age and performance 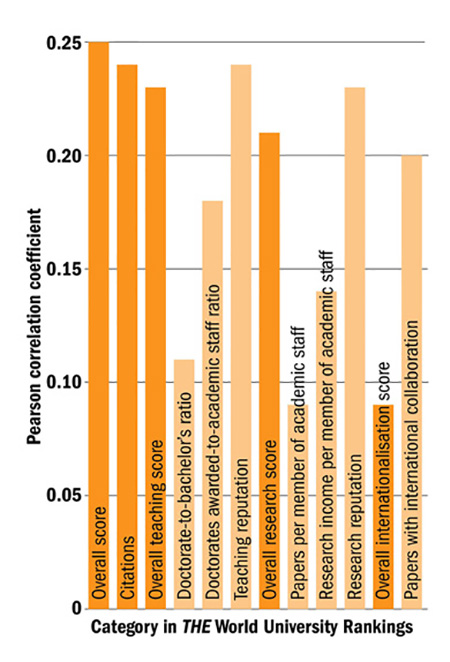 Indeed, Singapore shines particularly brightly in the World University Rankings. The fact that its two representatives – the National University of Singapore and Nanyang Technological University – are both highly ranked (26th and 55th, respectively) makes it the top nation in terms of the median scores of its ranked institutions for teaching, research and international links, and second for citations and industry links. That feat is achieved despite both the NUS and Nanyang having been founded relatively recently (in 1905 and 1991, respectively): youth is usually seen as an impediment in rankings because of the weight they give to surveys of academic esteem, which is often considered to accrue most naturally to the oldest universities. The Singaporean institutions’ median age of 68 is less than half that of ranked universities from the US (144 years), and far younger than those from European countries such as Germany (187 years), Switzerland (180 years) and the Netherlands (103 years).

Some university leaders have suggested that a relative lack of history is, in other ways, a positive factor because it allows institutions to fashion their own identity as they wish rather than having it determined by centuries-old traditions. This point was made by Lisa Anderson, who recently stepped down as president of the American University in Cairo, at the Times Higher Education MENA Universities Summit in the United Arab Emirates in February. Campuses of many historic universities are “as much a burden as an advantage” given their maintenance costs, she argued, while newer institutions could be founded with modern technology and teaching methods at their heart.

“They tend to be more nimble and responsive,” she says. “The ATN universities are all heavily engaged with industry to deliver world-class, real-world research. [They] were founded with translation [of ideas] to market and solution-provision at the heart of [their] activities. Older universities are following this lead, but younger ones, ironically, have been living it for longer.” 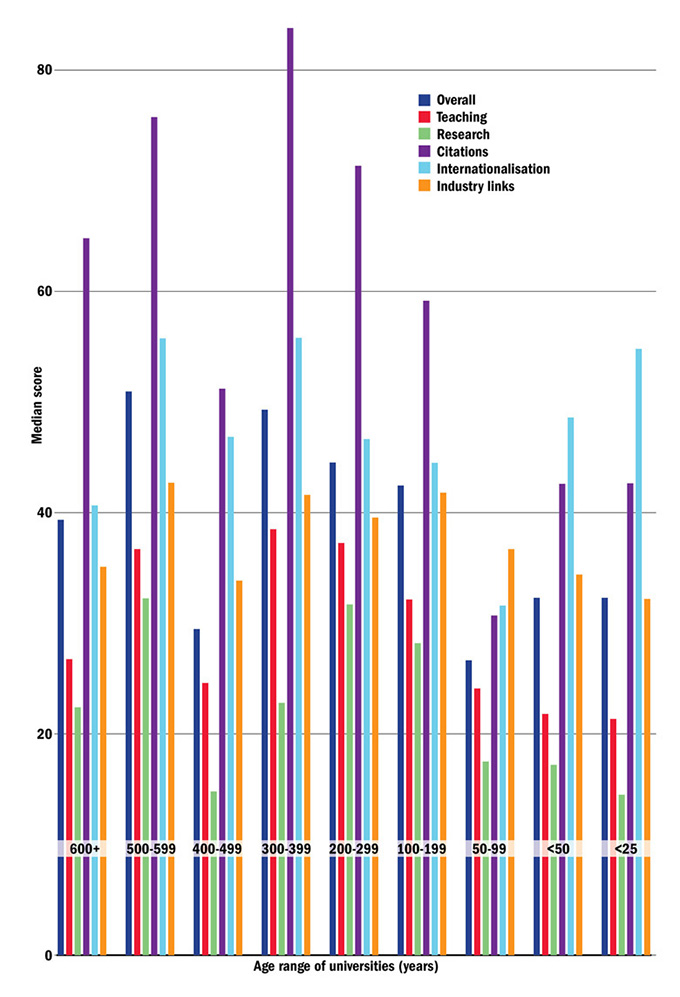 However, critics note that aspirations to be distinctive can often wither in the push to climb university league tables. “History is littered with examples of innovative institutions trying to offer something different in their early stages, which become fairly conventional as they seek to join the club,” says Brown.

This aspiration often entails ambitious universities in emerging economies importing as research leaders big hitters from established research powers in the US and Europe, who then seek to replicate a version of their old university in a different context (see ‘Missteps on the steppe: Nazarbayev University’ box, below). However, the perception that ranking success relies on merely implementing a tried-and-tested formula using huge financial resources ignores much of the innovation and creativity that research leaders from outside help to instil in the up-and-coming institutions, says Stephen Smith, who was vice-president of research at Nanyang from 2011 to 2013. “The greatest institutions are those that create new ideas,” says Smith, who was in post at the beginning of the Singaporean tiger’s remarkable 119-place climb in the rankings since 2011, and has also held senior roles at Cambridge and at Imperial College London. But “you need to bring in people who know how to work in this very sophisticated knowledge set-up that creates ideas”, he adds. Having top US and European academics who are able to challenge accepted orthodoxies and processes is part of the reason for Nanyang’s success, he believes.

“When you are in a Confucian social context, it can be hard for researchers to challenge more senior colleagues or those in power. But I began to see substantial change in younger Singaporean and Chinese scientists in my time there. They were empowered and really began to understand that ideas matter, not status.” These people, he adds, will be the university leaders of the future in Singapore.

So although age may still be a factor in the global pecking order, the rise of modern institutions such as Nanyang make clear that university leaders cannot take their positions for granted, whatever their institution’s foundation date may be.

Author Bio: Ararat L. Osipian holds a PhD in higher education policy from Peabody College at Vanderbilt University, US. He served in a collaborative international project between Vanderbilt and three universities in Kazakhstan, funded by the US Department of State.