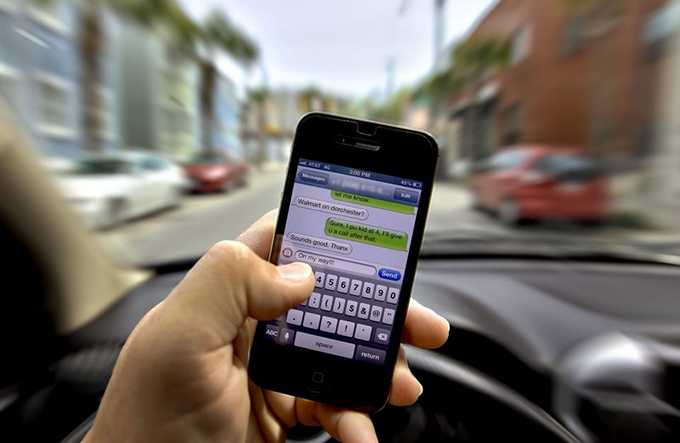 While certain studies have concluded that using a cell phone while driving leads to an increased risk of being involved in an accident, a 2004 study on driver statistics conducted by James Preiger, an economist at the University of California-Davis, found that cell phone use while driving is 36 percent less likely to increase accident risks than previous studies had predicted. The research, which was included in a study by the American Enterprise Institute’s Brookings Joint Center for Regulatory Studies, set the precedent for future studies that have largely disproven the widely held belief that talking on a cell phone while driving leads to increased accident risks.

Published in the American Economic Journal: Economic Policy, the recent Carnegie Melon University and London School of Economics study used data provided by a major cell phone provider as well as accident reports in an effort to contradict previous studies aimed at connecting the use of cell phones while driving to an increased risk of car accidents.

Such previous studies include the 1997 New England Journal of Medicine paper, which came to the conclusion that cell phone use while driving increased the risk of an accident by a factor of 4.3, essentially equating the danger of driving and talking on a cell phone to driving under the influence of illicit alcohol levels. However, recent findings beg to differ, raising considerable doubt about the cost benefit analysis weighed by states with existing or soon-to-be-implemented cell phone driving bans.

According to Saurabh Bhargava, an assistant professor at Carnegie Mellon University and one of the study’s primary researchers, “Using a cellphone while driving may be distracting, but it does not lead to higher crash risk in the setting we examined.”

“While our findings may strike many as counterintuitive, our results are precise enough to statistically call into question the effects typically found in the academic literature. Our study differs from most prior work in that it leverages a naturally occurring experiment in a real-world context,” he continued.

Bhargava and Vikram S. Pathania, a Managerial Economics and Strategy group fellow at the London School of Economics, examined crash and calling data between 2002 and 2005, which was a period of time in which many cell phone carriers provided pricing plans with free weekday phone calls after 9 p.m. By recognizing drivers consistently had their calls routed through numerous cell phone towers, they were able to identify drivers and learn that the call volume of drivers increased by over seven percent at 9 p.m.

Then, Bhargava and Pathania did a comparison of the relative crash rate prior to and after 9 p.m. by using data from nearly eight million accidents in nine states and fatal accidents from across the country. In doing so, they found that although cell phone use by drivers increased after 9 p.m., it had no corresponding effect on accident rates. In fact, the new study found that the highest odds of being in an accident while talking on a cell phone were substantially less than those prescribed by the researchers behind the influential 1997 New England Journal of Medicine study, which stated cell phone use by drivers was equal to driving with a high blood-alcohol content.

The researchers also analyzed the impact of cell-phone use while driving bans were enacted in several states across the nation. Similarly, they found that the new legislation has had no effect on accident rates. According to Bhargava, drivers may compensate for the distractions associated with using a cell phone while driving by driving more carefully while on the phone or continuing a call later.

“One thought is that drivers may compensate for the distraction of cellphone use by selectively deciding when to make a call or consciously driving more carefully during a call. This is one of a few explanations that could explain why laboratory studies have shown different results, said Bhargava.

“The implications for policymakers considering bans depend on what is actually driving this lack of an effect. For example, if drivers do compensate for distraction, then penalizing cellphone use as a secondary rather than a primary offense could make sense. In the least, this study and others like it, suggest we should revisit the presumption that talking on a cellphone while driving is as dangerous as widely perceived,” he continued.

Bhargava also noted that many studies pertaining to cell phone usage and distractions have primarily focused on field or laboratory tests, but they have yet to use real word data. However, the National Safety Council has lobbied for states to pass laws making it a primary offense to use a cell phone for any reason while driving.

According to the US Department of Transportation, more than six million auto accidents take place each year, including motorcycle and truck accidents. In these accidents, 40,000 people are killed and three million more are injured each year. In Florida, the auto accident statistics are even more frightening. The Florida Department of Highway Safety and Motor Vehicles states that there were more than 369,439 people involved in auto accidents on Florida roads in 2011.

Here’s a breakdown of the fatal traffic statistics in the state of Florida for 2011:

While alcohol was a factor in 917 auto fatalities in the state of Florida during 2011, only seven fatalities were attributed to distracted driving, completely dismissing the 1997 New England Journal of Medicine paper decreeing cell phone use while driving as being akin to drunk driving. Furthermore, cell phone usage while driving belongs under the “distracted driving” umbrella, which consists of eating, drinking, grooming, talking to passengers, reading maps, adjusting a radio, and using navigation while driving.

Although “distracted driving” accidents may not be as fatal as speeding or alcohol-related accidents, Coral Springs car accident attorneys report handling a decent amount of cases a year due to people paying more attention to their cellphones than to the road. Rob Baker, a Coral Springs car accident lawyer, encourages people to pay attention to the road, as these accidents can be easily prevented.

Although using a cell phone while driving, especially texting, is the most prevalent or serious form of distracted driving, recent studies show that it is far less dangerous than lawmakers believe, or at least, try to make us believe. As the saying goes, “Statistics never lie,” and in this case, the statistics clearly show that cell phones may not increase the risk of car accidents.