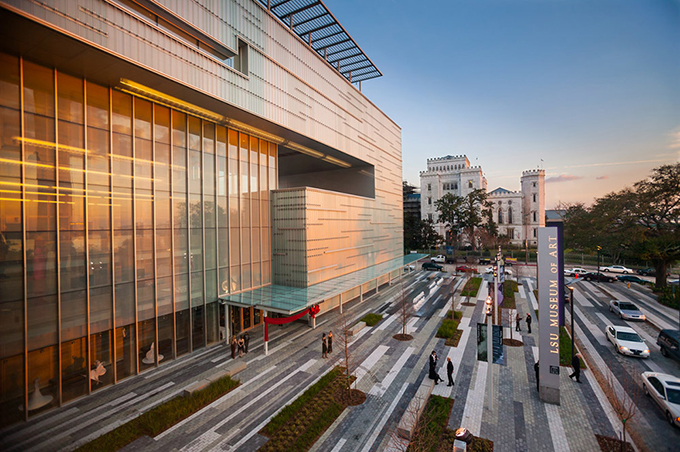 While most of the big building boom of higher education goes to administrative palaces, another conspicuous construction site is student recreation (classrooms are way down the list, with parking at the bottom; as long as cars have trunks, faculty offices won’t even make the list).

Now, I’ve spent my share of time in student recreational centers (one doesn’t get to be an academic without spending years as a student, after all). All the centers I’ve seen have struck me as filled with the things students, and people in general, like. So, there’s pizza, and beer, and pinball machines, and pool tables, along with a few other forms of cheaply provided but decent entertainment good for killing a few minutes.

Yes, times have changed, and pinball machines aren’t so common, and their replacement, video games, are likewise rare…but still around, at least a little. But student recreation seems to have taken a strange, strange, turn:

Student recreational centers have gone overboard in recent years, and now climbing walls, lazy rivers, massive gyms, and multi-mile walking paths are more common. Funny thing, though: unlike the pizza/pool/beer halls of years ago, these places are nearly abandoned, beyond a few fitness buffs…even as the commercial equivalents (bars) off campus still seem to do well.

$100,000 for a climbing wall? Oh, dear. That’s going to break the bank. As I posted the other day on this site, a large swimming pool, which many colleges have had for decades, will cost much more than a climbing wall.

–I’ll be quoting an Inside Higher Education article here.

The above is a common, and valid response to complaints about spending on rock walls and other strange new amenities. Considering the billions administration is spending on administration, a few bucks for a rock wall is harmless enough in comparison. Compared to the money being wasted on administrative salaries, this is nothing.

But, wait a second. If I want to climb a rock wall, why don’t I just go down to the local Rock Wall Emporium at the strip mall and do just that? Oh yeah, there’s no such place. I know some folks like rock walls, but even the rock walls at amusement parks usually don’t have a line. It really begs the question: why are these things built at all on campus?

Students now pay $200 a semester in a recreational fee, or $1,080 more over four years than they would have paid under the old fee structure. The fee increase was approved by an 84 percent vote.

–that’s a big increase in fees, to a total of $1600 over 4 years. Not that students graduate in 4 years anymore anyway. Using a more realistic average of 5.5 years, we’re talking $2200 for the privilege of using these facilities. Ouch!

People are showing real resistance to the ever-skyrocketing-tuition, and people now look at tuition costs when choosing a school. So, instead of raising tuition, student fees are raised, misleading people into thinking the cost of higher education is lower than it is. Students are paying an extra $1,000 or more for their 4 years of access to a lazy river, rock wall, and other amenities that they could just as easily get by visiting an amusement park for a dozen times (a dozen visits would cost less than $1,000, and most students won’t be using these amenities more than a couple times at best). Please realize these fees are not optional…every student must pay these fees, even if he has no intention (or possibly even capability) of ever using whatever the fee is supposedly paying for. So, tuition doesn’t rise so much…but your cost of education still rises in a way that you cannot avoid. These costs are ultimately paid for by the student loan scam, I promise you.

Now, it’s advanced that since students are voting for, and paying for, these things, it really shouldn’t count as a sign of what’s going on in higher education.

That’s crap, and still doesn’t answer the question of why these things are being constructed.

Student politics are even less participated in than state politics. Rarely does more than 10% of the student base vote in anything, and 5% or less is quite common. The 84% approval vote quoted above means little here: a few people that want the thing are just making all the students that don’t care, pay for it.

Ultimately, however, these are not student based initiatives.

In 2012, the latest data available from advocacy group NIRSA: Leaders in Collegiate Recreation, there were at least 157 recreational projects in progress at 92 U.S. colleges, representing more than $1.7 billion in new constructions and renovation.

Did all these student governments just wake up one morning and randomly decide they needed rock climbing walls? Far more likely, someone’s been whispering in the student president’s ear:

University leaders argue that the amenities like the lazy river and climbing wall will attract students and ultimately bring in revenue.

–if you think that revenue will help the students, and not just go into administrative pockets, you need to read my blog more often.

Ah, here we go. An administration with integrity, upon being approached by a student government wanting to build things for more partying, would respond with “No, you’re here to get an education, not to party on campus. You can do that off campus. Go away now, and study.” You don’t even need integrity to say this, you just need to be an adult. That’s still, obviously, a problem for administration.

Of course, asking for integrity from administration is pure fantasy. Instead, administration brings up the idea of rock walls to student government, and facilitates ways students can have fun because, hey, ultimately such expenses will lead to growth (i.e., more revenue), the only thing administration cares about.

While rock walls and such are just a tiny piece of expenditures in higher education, the gentle reader needs to understand: you can get $84,000,000 to build a lazy river, because an administrator thinks a lazy river will help with growth. You can’t get classes of only 25 students anymore, because “small class size” does nothing for growth. Small classes help with education mind you, but administration doesn’t care about that.

Ignore the distracting arguments such as climbing walls don’t cost much and are paid for by students. Growth, not education, is the only priority of the rulers of higher education now, and that, gentle reader, is the takeaway from the “rock wall and lazy river” phenomenon.