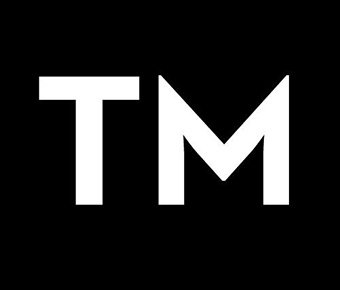 What’s in a trademark? To many people in higher education, mention of the term—which denotes the legal protection afforded words or other devices that identify a good’s or service’s source—leads to bewildered looks. “You mean the designs on shirts sold in the bookstore?”

Trademarks in higher education encompass institutional names, logos, and insignias, the iconography that fans love to see featured on all kinds of merchandise. Institutions license their marks on these products, often relying on third parties to broker deals that can produce significant royalties. This $4.6-billion industry appears to be good for colleges, which exploit the revenue channel to make up for losses elsewhere in their operations.

The problem is that with success comes temptation. Colleges increasingly seek trademark protection for marks that go beyond their names and athletics insignia to cover fundamental aspects of their education and research programs as well. Some of these marks, and the exclusive rights they represent, threaten to undermine the public-serving soul of nonprofit higher education.

Take the common practice of advertising the “first-year experience” at an institution. Student-affairs professionals beware: The University of South Carolina has a federal trademark registration for that term as used in relation to educational services. Does your business school offer a “fast-track MBA”? Eastern University, in Pennsylvania, lays claim to that phrase, again for uses in connection with educational services.

Should institutions encourage their students to “be the difference” they want to see in the world? Gandhi would probably like us to, but better hope Marquette University does not find out, as it owns a federal trademark registration for the adage (in connection with “education services in the nature of courses at the university level”). And while faculty researchers may study violence as a societal problem, they could draw unwelcome legal attention from the University of Illinois should they use the phrase “cure violence.” The university owns a trademark registration for those words, as used in relation to “promoting public awareness of violence as a public health epidemic.”

Registrations and rights-claiming of this sort are unwarranted in higher education. Trademarks are meant to be vehicles for reducing consumer confusion, not rewards for brand-building. Because trademark registrations signify rights to commercial uses of words, rights holders and the public often mistakenly think they confer ownership of words themselves. This misperception tends to promote risk aversion and stifle otherwise fair expression. Determining when a mark is confusingly similar to another, or distinguishing impermissible commercial uses of a term from fair uses of it, is complicated.

We should not want or expect institutions of higher education to seek private rights in uses of language that describe or promote educational services or represent attempts to solve community concerns. These forays clutter the linguistic market and are producing a blizzard of marks in higher education. Fueling the storm are institutions’ hypersensitive image-consciousness and the mistaken belief that any pet phrase needs “protection” in the form of a trademark registration. Unfettered speech—long considered a hallmark of academe—will potentially be buried under drifts of regulated intellectual property.

Little is to be gained from this growing commodification of language, despite the mostly vain hope that locking up terms that describe academic programs and research initiatives will lead to additional revenue. Most trademarks that go beyond the simple protection of institutional names, logos, and insignias present poor licensing opportunities, if any.

As more colleges construct their trademark portfolios in expansive terms, many feel compelled to police any market reference to the institution, even when the chances of market confusion and harm are minimal. Just ask the owner of Mary’s Cakes & Pastries, in Northport, Ala., who was accused by the University of Alabama of trademark infringement in 2012. Her alleged misdeed? Selling Crimson Tide-themed cookies and cakes. Or consult Cisco Systems, the computer-networking giant, sued by East Carolina University for trademark infringement in May 2013 over the tag phrase “tomorrow starts here.” Cisco used the phrase on television to advertise offerings unrelated to education.

With the help of indulgent court decisions, colleges now can claim trademark protection for their colors alone, leading West Virginia University to sue a company selling blue-and-gold shirts sporting the cheer “Let’s Go! Drink Some Beers!” WVU claimed that the colors and the phrase—which to fans might bring to mind “Let’s Go Mountaineers!”—infringed the university’s rights. Never mind that blue and gold are the official colors of the state of West Virginia, or that the words “Mountaineers,” “WVU,” and “West Virginia University” did not appear anywhere on the shirts. And speaking of market confusion, who, exactly, would believe that a university would condone sales of shirts that encourage drinking?

Yes, colleges have a responsibility to protect their assets, but their trademark portfolios should not be built as stockpiles that inhibit free speech. We should reject a world where curricular features and research goals are marked like menu items at a chain restaurant.

Our institutions operate in the public sphere by design, with no prospect of a buyout made more attractive by an arsenal of trademarks. Let institutions compete fiercely for students and allegiance and generate revenue from athletics wear and other consumables in the process. But please, let’s leave the rest of higher education as unmarked space, open for the public good.

Author Bio: Jacob H. Rooksby is an assistant professor in the School of Law at Duquesne University, where he teaches courses in intellectual property, torts, and law and higher education.