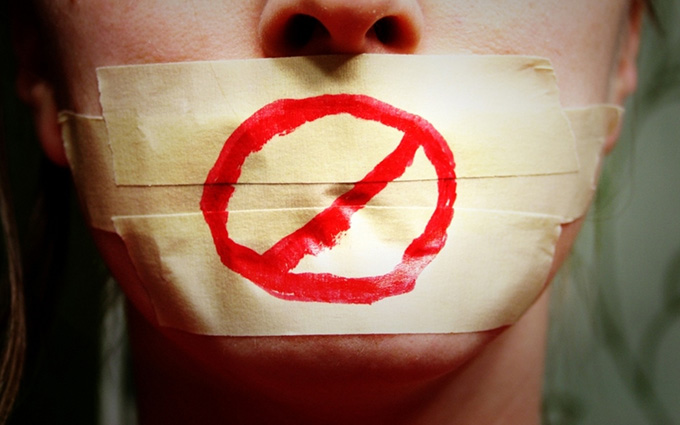 Higher education has been, for the most part, demented beyond recognition. Yes, there’s always been a distinct party-goer element to college (hi fraternities!), but the “free checks for all” of the loan scam opened up campus to an even wider array of kids that really, really, had no interest in or idea of higher education.

The free checks atmosphere, combined with the “student as customer” paradigm enforced by admin, created a huge part of the student population that honestly felt that higher education had nothing to do with education, and instead thought the easy money, climbing walls, lazy rivers and such meant that campus was supposed to be a “safe space” and nothing more.

Don’t get me wrong, campuses should be safe places from violence (but often aren’t, due to the “growth uber alles” paradigm, perhaps I’ll discuss this detail later), but now we have students demanding protection from opposing ideas.

There’s a curious asymmetry in the Left vs Right divisions spreading across the country—the Right seems far more willing to tolerate dissent up to a point (Hello Mr. Trump!), where the Left seems to be far more vicious about responding to even tiny acts of dissension.

On campus, I’ve never seen conservative-thinkers dogpile on someone, although I admit that may be merely because on campus, conservatives are such a tiny minority that it isn’t possible—it’s tough to use pack tactics when there’s not enough to form a pack. Still I suspect it has much to do with the independent mind-set of the conservative—why gang up on someone, let a dispute be resolved person to person.

On the other hand, Left-wingers stand together, and honestly feel any means is acceptable for their ends. The rise of the Social Justice Warrior movement has shown pack tactics can be very effective at destroying individuals, although Gamergate (that’s a link to Wiki—check out the talk page if you have around 40 hours to devote to reading behind the scenes for this topic) shows it’s possible to stand up against them, to some effect…but only by sticking together and meeting irrational zealotry with, alas, zealotry.

Bottom line, though, these guys are mean, more than willing to engage in vicious tactics to silence dissent. How mean?

A student at the University of Pittsburgh (Pitt) got his parents targeted for harassment after he had the temerity to tweet about the antics of liberal protesters on campus.

Seriously, targeting someone’s loved ones is pure evil, but doing so over some tweets? These people are just too sensitive. The protests this time around were by Safe Spacers, who just couldn’t handle the thought of someone on campus giving voice to wrongthink:

The mess for Pitt senior Doug Steeber started earlier this week when Pitt’s College Republicans invited writer Milo Yiannopoulos to give a lecture on the subject of free speech. The event aroused a storm of controversy, with students complaining it triggered them and made them feel physically unsafe (though there was no violence and the event was observed by local police).

I don’t understand how the followers of what used to be the tolerant side of the political spectrum don’t simply walk away now that the Left stands for violent intolerance.

I really want to point out the tweets were hardly offensive. Here’s about the worst of the lot:

“Guy complaining about lack of diversity as the African American Dean of Student Affairs stands behind him. I’m confused.” –I’m glad to not be the only one to notice the weird hiring policies on many campuses.

These tweets resulted in students shouting at him, and quite possibly some level of physical altercation. Hey, look, emotions can run wild, kids do silly things. Nobody was hurt, after the speaker was done and the tweeting stopped, that should have been the end of it. Of course not:

But that was only the beginning of Steeber’s problems. Early Thursday morning, he said, he received a notification from Facebook warning somebody appeared to be trying to impersonate him on Facebook. The spoof account had the same name and photo as him. Steeber had the account deleted, but the spoofers proceeded to create another account, avoiding automatic detection by changing his name to “Douglas Steeb” and inverting his profile picture.

Again, I’ll try to pass this off as just kids being stupid. Harmless prank, nobody hurt, let it go, yadda yadda. But there’s cause for fear here:

This spoof account, notably, also listed the home address of his parents, which is not listed on Steeber’s regular account.

Now we’ve hit a new level: this guy’s tweet accounts lead to him being stalked. I think he’s justified in being a little worried. Again, perhaps this is just a wild random threat, and could be ignored, though it strikes me as risky to do so.

Alas, the Leftists cannot tolerate dissent, and so can’t let it end with a shouting match at the speech, or with the bogus Facebook accounts, or the stalking.

“…a flier posted at Pitt. The flier shows a photo of Steeber, denounces him for “making fun of sexual assault survivors,” and gives the name and phone number of his parents with the suggestion that people call them. The flier also warns that its maker (or makers) are hard at work to identify others at the student government meeting so they can be harassed in the same way. So far, Steeber said, his parents have received a few calls from people who immediately hang up, but nothing more menacing thus far…”

Are we over the top, yet? The flyer really is doing all it can to set up this kid or his family for a severe beating or worse…just for a few tweets.

Again, I can write this off a little as perhaps the actions of just a few demented people in a movement that has gone wildly astray. That said, this is criminal behavior, recklessly endangering innocents. But here’s the issue that really frightens me.

Let’s consider the response by admin over the harassment of this student with a different point of view:

I’m serious; the University has nothing to say. Whenever there’s the slightest social justice issue like “hate crimes” or whatnot (even when it’s blatantly a hoax), I can find deanlings and Poo Bahs rushing to the microphone to blather about how they’re against it, how they’ll punish the offenders, and so on.

This harassment happened weeks ago, I’ve waited for a response, and…nothing. Is administration in on the criminal harassment? Or are they afraid of being targeted as well?

It’s a sign of how corrupted the leadership of higher education is today, that both questions of the previous paragraph are valid. If administration is in on it, that would make them dangerous lunatics…and I’m hard pressed to believe that’s not possible, having documented so much administratively-supported lunacy in this blog. On the other hand, if administration fears being targeted, that would make them spineless incompetents…and my blog presents considerable evidence for this as well.

Is there an option I’ve missed?