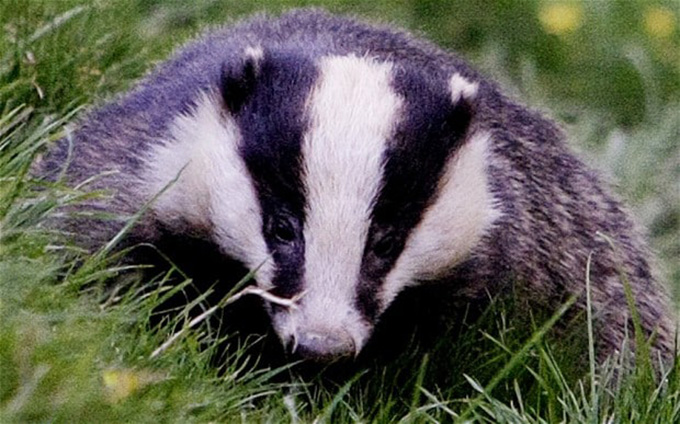 Bovine tuberculosis (TB) is the biggest threat to the livestock industry in England and Wales. At present, bovine TB is still not under control in parts of these countries, and there is no single measure that on its own is likely to change the situation dramatically.

Vaccination of cattle or badgers, or both, could make a contribution to TB control. At present, the most likely vaccine for tackling bovine TB is Bacille Calmette–Guérin (BCG), but this does not guarantee full protection and vaccinated humans and animals can still be infected and develop disease.

Limited field studies underpinned by essential laboratory studies using colonies of captive badgers and cattle have demonstrated that vaccinating badgers and cattle with BCG can reduce the progression, severity and excretion of bovine TB, which should reduce the risk of infection and transmission of the disease.

The only TB vaccine specifically for badgers, BadgerBCG, was licensed by the UK Veterinary Medicines Directorate in 2010. After 10 years of studies by the Animal Health and Veterinary Laboratories Agency (AHVLA) and the Food and Environment Research Agency (Fera), laboratory tests demonstrated that it significantly reduced the severity and excretion of infection.

Results of a four-year field study confirmed these results, and also revealed an indirect effect: non-vaccinated cubs captured were significantly less likely to test positive to TB when more members of their group had been previously vaccinated. The groups with the highest levels of vaccination consistently had the strongest indirect effect.

BadgerBCG is currently being used in the 288km2 intensive Action Area in Wales funded by the Welsh Government, and in parts of England, including a Government funded Badger Vaccine Deployment Project (BVDP) in a 100km2 area of Gloucestershire. The aim of the BVDP is to study the practicalities of deploying an injectable vaccine, to train those who wish to vaccinate badgers, and to build farmer’s confidence in the vaccine. Defra supports the use of badger vaccination along with culling as components of a wider package of measures in England to address bovine TB.

The vaccine is also being used by a range of lay vaccinators in England who have been trained and licensed. But vaccinating badgers with BadgerBCG means having to trap the animals, which is difficult, time-consuming and expensive. Providing a vaccine that can be deployed in bait to be eaten is the best prospect for vaccinating large numbers of badgers over a wide geographical area. It may also prove cheaper – but there is no oral badger vaccine that’s ready to be used.

So while vaccinating badgers against bovine TB should result in reduced infection rates in cattle, there is no direct evidence for this. Computer modelling indicates that sustained badger vaccination campaigns could lower TB incidence in cattle, but by precisely how much in reality isn’t known.

BCG in cattle has been examined experimentally and in a field study in Ethiopia. The results indicated that around 60% of vaccinated animals would be protected, but as with other species, use of BCG in cattle would provide a spectrum of protection – some animals being partially protected and a few not responding at all.

Before we have a BCG vaccine that’s UK licensed for use in cattle, field trials must be conducted in the UK. Vaccinating cattle against bTB is prohibited under EU legislation. This is because vaccinated animals can react positively to the tuberculin skin-test, and so cannot be differentiated from infected cattle during the current test-and-slaughter control programme using bovine tuberculin. Different tests will be required, and work is underway to develop the most promising. The redrafting of the EU Animal Health Legislation also potentially offers an opportunity to make the necessary changes to the legislation to permit their use.

Vaccinating cattle alone is not a panacea, and as long as the possibility of reinfection from badgers remains, it is likely to only reduce rather than eliminate TB from British livestock. So to be most effective, cattle vaccination needs to be used alongside other control measures, such as the test and slaughter of cattle and control of disease in badgers.

An oral badger vaccine and a vaccine for cattle are expensive tools to develop and there is no guarantee that they will reach market. Best estimates put it at 2019 for an oral badger vaccine and EU acceptance of a cattle vaccine by 2023 at the earliest. We persist nonetheless, as the vaccination of badgers or cattle – while unlikely to be single solutions to the problem – are important components of what must be a comprehensive, multi-faceted programme to ultimately eradicate the disease.