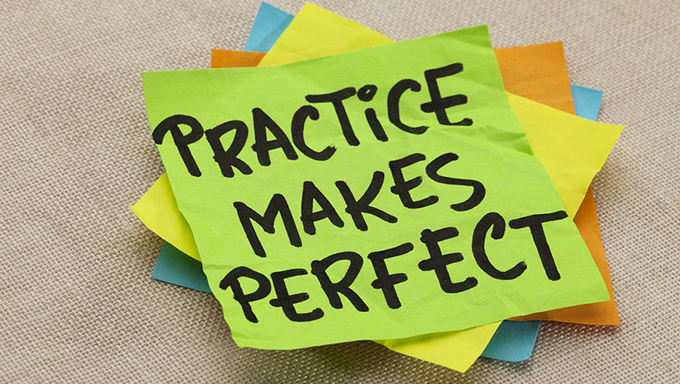 If you work hard enough, you can achieve anything”.

“You cannot dig yourself out of a hole”.

The clock in the bottom right hand corner of the screen changes to show that it’s now 22:00. If it weren’t for the biscuits that you consumed with a cup of coffee earlier you’d really be dying for your dinner now. They’re not very good for you, but maybe you deserve it seeing as you’ve been in here at this desk, under these fluorescent lights, since 10am.

The security guard will be at the building soon, closing up and setting the alarm. You look out through the single pane window, drafty in the depths of winter, and see no sign of life in the car park that serves as a less than inspiring view for your research. It’s a far cry from the main campus but it gives you an extra bit of time before closing.

Maybe you can squeeze something tangible out of the day after all. Or will it be another night where you go home feeling down, the only light at the end of the tunnel being the light in the microwave where you finally heat your dinner and hope, and plan, for a better tomorrow? Maybe if you just work a little harder it won’t seem so impossible…

If you recognise traces of yourself in the scene above then it might be time to rethink how you consider the clichéd phrases at the head of the article.

As part of our wider collective consciousness, these phrases, and variations of them, help determine how we view our endeavours. However, despite the substantial evidence that your studies might just be taking a grave toll on your mental well-being, these clichés still indicate that “if you work harder” or “if you set your mind to it” then surely it will all work out.

I always felt that these phrases were too simple and never accounted for context – but I attempted to follow their mantra either way.

Surely there was a reason why I had been accepted to be a PhD candidate – and quitting was not one of those reasons. In an effort to bring an end to those nights where I hoped for a better tomorrow, I worked harder, using methods such as the Pomodoro Technique to focus myself on tasks. I signed up for a conference and set chapter deadlines as goals to work toward.

As the winter nights became longer I spent more hours behind the keyboard. While I realised that more hours did not necessarily mean more productivity, it seemed silly not to at least try. At least by spending the time at the desk I was giving myself the opportunity to work, I was, as one of the phrases states “sticking with it” and “persevering”.

However, there was very little to show for all of this perseverance. The end goal of finishing my dissertation seemed as far away as ever, despite a continual level of hard work. I began to question why I was putting myself through this. Perseverance is a good virtue indeed but when we are physically ill we do not simply “persevere” with it, we attempt to find the cause and fix the issue. Was it now time to do the same with this PhD?

I had read many accounts before of people becoming seriously anxious due to worry associated with their PhD project, but many of those accounts were written by people with pre-existing mental health issues. I had never had any issues like this before, but the hours that I was putting in to “stick with it” and to “persevere” were now beginning to take their toll.

My first anxiety attack, and thankfully only one so far, was a direct consequence of those long hours I put in to “stick with it”. This episode was the final straw , the culmination of months of worrying about my progress. I stepped back in order to work out whether I was really making a future for myself that I was content with.

Throughout my studies I developed a little theory that most people experience moments of great happiness from a common baseline of contentedness. However, I had yet to reach any level of contentedness and therefore a real form of happiness seemed very distant. I had “set my mind to it” but was now wondering had I set my mind to the right thing.

Having spent all of my twenties studying and researching, the opportunity cost, as economists say, had been quite large.

It was difficult not to think of the opportunities available had I stepped off of the academic train at an earlier platform to travel – worked abroad, and earned some money. Beyond this, the well-known dearth of real opportunities for PhD graduates in academia was tough to forget. While I loved my subject, was I stoking that interest in the right way anymore? Would it provide a future for me?

Although I have not found answers to those questions as of yet, stepping back from my studies has allowed me to find perspective, make other plans, and allowed me to feel happiness again.

The next time someone urges you to “keep trying” or to “stick with it” bear in mind that this advice is not always realistic. Motivational clichés do not account for the context of your own situation – particularly if you can strongly identify with the, unhealthy, but all too often regular, scene I set out at the top of the article.

If you are spending all of your days, and most of your nights, working on your PhD – with no end in sight and a constant feeling of worry underlying it all – then it might be time to investigate the possibility of pausing it, stepping back, and making sure you are on the right path in your life. At the very least pausing might just about allow you to experience what it is like to be happy again.

I know that for many even the consideration of stepping back from your PhD, temporarily or otherwise, is something that can instill fear. That same fear feeds into the circulating anxiety which can sometimes become a part of your academic, indeed your whole, life.

From the vantage point of time, it being well over a year since I paused my PhD, I can look back and see that by finally rejecting the idea that “if I worked just a little bit longer…” I stopped digging a hole which was turning into a dark well of worry and anxiety.

It has taken me a while, but I have come to terms with the idea that the academic route was proving unhealthy – my suspicions about motivational cliches were all too true. The last year has seen me move to another part of the country where I never thought I would live, find work which, while not altogether satisfying, allowed me to go home at 5pm without worry. A steady wage has been coming in and perhaps most importantly, those closest to me see a changed person.

No longer full of worry, no longer so tired and unsociable. I am back to my true self. Part of that true self is loving the subject, history, which I had allowed consume me as I studied and researched it. Now I can sit and read, and discuss, that love without the infamous monkey on my back, or worse still, without a black dog appearing anywhere near my shoulder.

Is this giving up? It might be, yes, but there are only so many hours in your day and so many years to your life. How do you want to fill them? Moving on does not mean a failure of ambition, it means a willingness to try – and the wisdom to know when to stop. By all means finish your PhD if you can, and the very best of luck to those who do, but don’t allow it to make you miserable.

Do not accept scars, and worse, to your mental health as par for the course. There is really only one cliche which should bear in mind if this article has resonated with you, and that is, “you cannot dig yourself out a hole”.