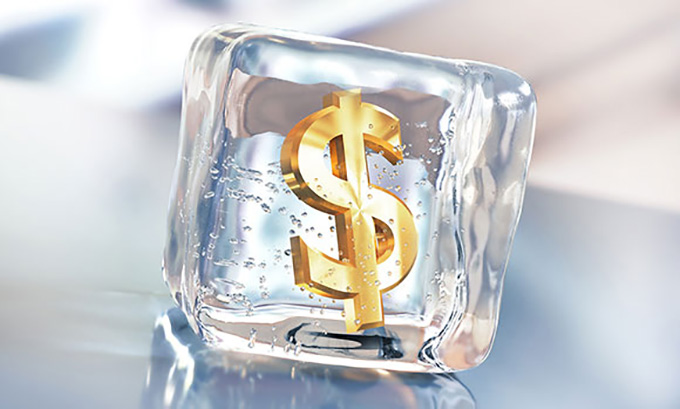 Admin: “Due to cutbacks in funding, we need to freeze pay for faculty again this year…”
–I probably hear this every other year. The excuse doesn’t stop admin from getting raises, of course.

Tuition rises and rises, and admin is forever spewing lies about why tuition is ever skyrocketing up. One of the most common lies is the tuition money needs to be used to pay for all the regulations, but this is so obvious, so intellectually dishonest and hypocritical, that it’s fun and easy to dispel.

Admin: “We’ll need to raise tuition again, because the cutbacks will cause a budget shortfall…”
–I doubt a college student anywhere managed to make it through a 4 year degree without hearing this at least twice. The shortfall, of course, doesn’t stop admin from hiring more administration and support staff.

Another popular lie justifying a tuition raise is the ol’ “they’re cutting back on funding” ruse. I concede a small truth to this, at least, perhaps, in one particular year or other, but overall? No way, not even close.

Allow me to re-quote a report I cited earlier, a report written, I must add, by administrators in higher education:

“…In 1970-71, what was then the U.S. Office of Education awarded roughly 1.6 million grants and loans to low- and middle-income families. In 2013-14, the U.S. Department of Education reported nearly 20 million such awards. The amount of money disbursed grew from $1.6 billion to more than $160 billion.”
–emphasis added.

Hmm, so over the course of the last 40 years, funding has increased by a factor of 100. That’s…not much of a decrease. This is just looking at funding from the Federal government, of course, but someone else, a law professor, has also taken the time to see that at the state level overall funding has increased, even as admin has cried ever louder that their funding is being cut.

Most amazing, the professor’s article made it to the New York Times, albeit as an “opinion” piece…though his calculations are about as much opinion as determining if water is wet:

In fact, public investment in higher education in America is vastly larger today, in inflation-adjusted dollars, than it was during the supposed golden age of public funding in the 1960s. Such spending has increased at a much faster rate than government spending in general. For example, the military’s budget is about 1.8 times higher today than it was in 1960, while legislative appropriations to higher education are more than 10 times higher.

There really was a time when the money I made mowing lawns would cover my tuition. I grant that I was mowing a lawn a day, but the fact still remained I could cover the several hundred bucks of tuition with basic work…and my professors weren’t starving, or clearly living at the poverty level. One of my professors was even Dean for a year, making an extra $2,000 (if memory serves, it’s been a long time)…not that I ever saw him in that capacity while I was getting my education as a student, since Deans really have little to do with students or education.

Today, of course, most teachers in higher education are living at the poverty level, while Deans are professional mercenaries that make 3x to 15x what the faculty make…and still have nothing to do with education.

It really isn’t that tough to conjecture where the money is going in higher education, and that tuition increases have very little to do with “cutbacks in funding”, at least compared to the obvious guess.

That said, there is a way of looking at things so that ‘cutback in funding’ has occurred, despite the numbers:

While the college-age population has not increased since the tail end of the baby boom, the percentage of the population enrolled in college has risen significantly, especially in the last 20 years. Enrollment in undergraduate, graduate and professional programs has increased by almost 50 percent since 1995. As a consequence, while state legislative appropriations for higher education have risen much faster than inflation, total state appropriations per student are somewhat lower than they were at their peak in 1990.

So, the huge growth in the student base hasn’t quite matched the huge growth in funding…”per student”, then, the funding has dropped, possibly as much as 25% on a per student basis. Still, this is easily overmatched by the grotesque increase in class sizes. Factor in the class sizes of 20, from a generation ago, to hundreds, even a thousand, that is more typical today, and it’s hard to see how that “reduced” funding is any issue, even per student.

It is disingenuous to call a large increase in public spending a “cut,” as some university administrators do, because a huge programmatic expansion features somewhat lower per capita subsidies.
–whoa, you’re calling administrators “disingenuous”? That’s dangerous, professor, you’re using your real name here, after all.

Having established, then, that there is no real budget cut here, the professor does as I and many others have done, and tried to follow the money. He looks very carefully at another institution, and the dots are easily connected:

Think about those numbers for a second: in 1975, the school system operated perfectly fine with about 12,000 faculty and 4,000 administrators. Forty years later, the student population has easily doubled and then some, increased by over 250,000 students. They still have nearly the same number of faculty, now teaching the extra quarter of a million students in auditorium-sized classes…but now you need more than triple the administrators. And tuition has gone up, 20 times as much as in 1975?

Salaries of full-time faculty members are, on average, barely higher than they were in 1970. Moreover, while 45 years ago 78 percent of college and university professors were full time, today half of postsecondary faculty members are lower-paid part-time employees, meaning that the average salaries of the people who do the teaching in American higher education are actually quite a bit lower than they were in 1970.

So, once again, someone besides an administrator follows the money in higher education and learns that no, it’s not overpaid tenured faculty, and no, it’s not burdensome government regulations, and no, it’s not cutbacks in funding that require tuition to rise, burdening students with ever more crushing debt. None of the things administration says are true.

The only real question is: just how many people need to learn what’s really going on in higher education before anything will be done about it?