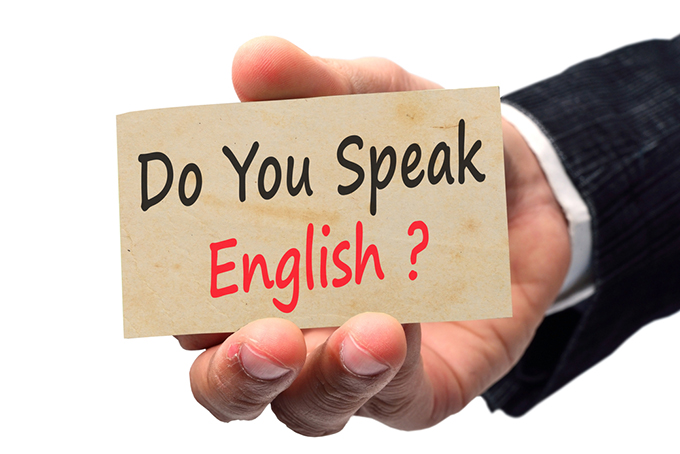 Not only is April 23 the anniversary of William Shakespeare’s death, but the UN has chosen it as UN English Language Day in tribute to the Bard.

If growth in the number of speakers is a measure of success, then the English language certainly deserves to be celebrated. Since the end of World War I, it has risen to become the language with the highest number of non-native users in the world and is the most frequently used language among people who don’t share the same language in business, politics and academia.

In universities in countries where English is not the official language, English is increasingly used as a medium of instruction and is often the preferred language for academics in which to publish their research.

Today, the proportion of academic articles in the Nordic countries which are published in English is between 70% and 95%, and for doctoral dissertations it’s 80% to 90%.

Pros and cons of using English

One frequently cited advantage of publishing in English is that academics can reach a wider audience and also engage in work produced outside of their own language community. This facilitates international collaboration and, at least ideally, strengthens and validates research. In teaching, using English enables the mobility of staff and students and makes it possible for students to study abroad and get input from other cultures. It also helps develop language skills and intercultural awareness.

But some downsides have been identified. In the Nordic countries, for example, the national language councils have expressed concerns at the lack of use of national languages in academia. They’ve argued that this may impoverish these languages, making it impossible to communicate about scientific issues in Swedish, Danish, Finnish, Norwegian and Icelandic. There has also been fears that the quality of education taking place in English is lower because it may be harder to express oneself in a non-native language. And there are concerns about the creation of inequalities between those who speak English well and those who don’t – though this may begin to change.

Research suggests a more nuanced picture. National languages are still being used in academia and are no more threatened here than in other domains. Both teachers and students have been shown to adapt, drawing on strategies and resources that compensate for any perceived loss of learning. The ability to cope with education in a non-native language depends on a number of factors, such as level of English proficiency – which varies significantly across the world.

English built into the system

Some solutions to these problems have focused on devising language policies which are meant to safeguard local languages. For instance, many Nordic universities have adopted a “parallel language policy”, which accords equal status to English and to the national language (or languages, in the case of Finland, which has two official languages, Finnish and Swedish). While such initiatives may serve important symbolic functions, research suggests that they are unlikely to be effective in the long run.

This is because the underlying causes of these dramatic changes that are happening in academia worldwide are not simply linguistic, but political and economic. A push for competition in higher education has increased the use of research performance indicators and international bench-marking systems that measure universities against each other.

This competitive marketplace means academics are encouraged to publish their articles in high-ranking journals – in effect this means English-language journals. Many ranking lists also measure universities on their degree of internationalisation, which tends to be interpreted rather simplistically as the ratio of international to domestic staff and students. Turning education into a commodity and charging higher tuition fees for overseas students also makes it more appealing for universities to attract international students. This all indirectly leads to a rise in the use of English: a shared language is necessary for such transnational activities to work.

The rise of English in academia is only a symptom of this competition. If the linguistic imbalance is to be redressed, then this must start with confronting the problem of a university system which has elevated competition and performance indicators to its key organising principle, in teaching as well as research.