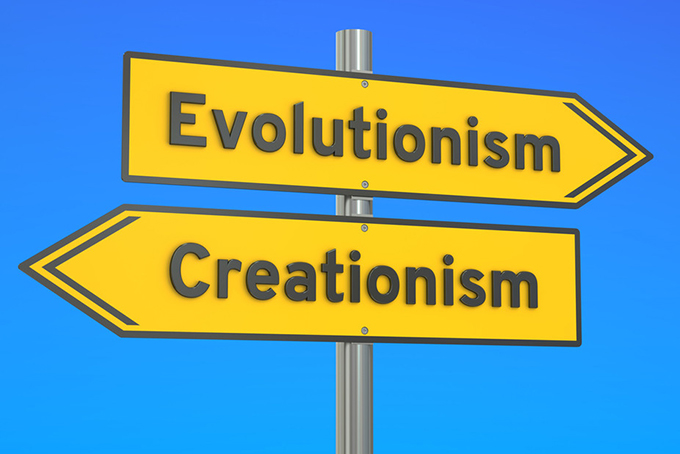 Some faiths reject the idea of evolution. Their followers adhere instead to creationist views – a god or many gods created the earth and all its creatures. These divergent views have led to conflict in schools around the world and even resulted in a number of court cases.

South Africa is home to a number of different religious groups. Some, like the Shembe and Zion Christian Church, are totally unique to the country. This diversity drove me and my colleagues to wonder how those teachers who identify as religious tackle the sometimes thorny issue of evolution in their classrooms.

Our research, which was based on a model that’s been used across 30 countries, found that many South African teachers don’t accept the theory of evolution. They feel deeply conflicted when they have to teach it to their pupils as part of the life sciences curriculum.

However, we also found that a large number of teachers identify as “theistic evolutionists”. They adhere to a belief system that’s simultaneously creationist and evolutionist. This suggests that even among teachers of the same religious affiliation, different views are possible across the creationist-evolutionist continuum. Our results echo findings for other non-European countries like South Korea and Brazil.

This information could be used to structure teacher education programmes to support those who are strongly opposed to accepting evolution as an important topic in the teaching of biology.

What the data says globally

The Biohead-Citizen research project has obtained data about teachers’ conceptions of evolution across 30 countries. These include Burkina Faso, Brazil, Lebanon and South Korea. Researchers use questionnaires to probe teachers’ religious beliefs and their thinking about evolution. We used its templates to structure our research.

Armed with this background, we got to work questioning South African teachers about their beliefs and attitudes to evolution. Our respondents were 336 teachers, some finishing up their training and some already working, from the KwaZulu-Natal province.

Evolution constitutes 22% of South Africa’s Grade 12 life sciences curriculum in terms of marks allocated and teaching time. This places a great responsibility on teachers to teach this section competently so their learners can pass the exit-level examinations at the end of Grade 12.

The questionnaire contained 144 questions on a number of topics. Fifteen of these were dedicated to evolution and were designed to elicit answers that indicated whether a teacher’s conceptions lay towards the creationist or the evolutionist end of the continuum.

Teachers also had the option of choosing answers that could be classified as simultaneously evolutionist and creationist. Some questions were adapted to suit the South African context. For instance, respondents were asked to identify their religious affiliation and the religions listed were those commonly found in South Africa. We considered the following groupings:

This was the first time that Hindu teachers’ views on evolution were canvassed – this group didn’t feature in other Biohead-Citizen research projects.

We found that Protestant teachers were more creationist than their Roman Catholic colleagues. These results echo those from some other non-European countries like Brazil and South Korea.

Hindu teachers held more evolutionist beliefs than their Protestant and Roman Catholic colleagues did. They were less evolutionist, though, than agnostic or atheist teachers. This result can be compared with what was observed in South Korea, where the concepts of Buddhist teachers were as evolutionist as their agnostic and atheist colleagues. This can be explained by the fact that Buddhists, like Hindus, do not have a creation story as one of their religion’s central tenets.

The African independent churches, like the Shembe and the Zion Christian Church, collectively make up South Africa’s largest church group. Although such churches are officially Christian, the views of their adherents are more evolutionist compared with other Christian teachers. A possible explanation is the influence of African traditional beliefs and the decreased emphasis on a literal acceptance of the Bible.

Now that our findings have been collected, how might they be used?

The Department of Basic Education should ensure that teachers’ professional development targets include developing a better understanding of evolution. This improved understanding will go a long way towards reducing the conflict that certain teachers experience when it comes to evolution and their religious beliefs.