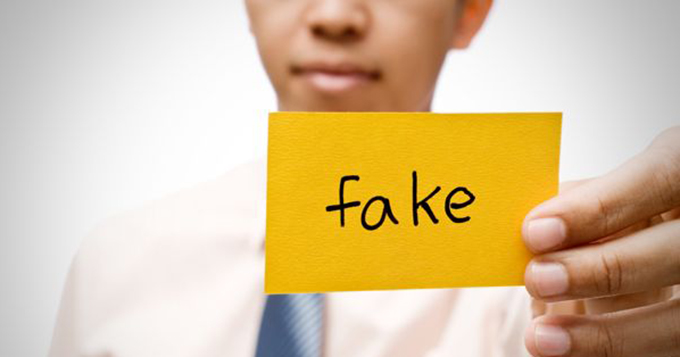 Every few years, we receive a hint, just a passing wisp of a hint, of how huge the frauds in higher education are. Whether it’s a well known chamber of horrors running in the gym showers for over twenty years, an 18 year open scandal of fake classes affecting thousands of students, or billion dollar fake schools with tens of thousands of students finally being shut down despite satisfying all accreditation requirements–those are all mainstream links, by the way–it’s clear higher education is a system ripe for massive, massive, fraud.

The internet is a big place now. Generally, you can’t just set up a website and have a thousand paying customers, each willing to pay $10,000 or more for your product, at your site in short order. Even if you have an amazing product and an amazing price, there would need to be a huge pool of potential clients to get that many customers, especially if you don’t do much in the way of advertising beyond setting up a page.

Consider the University of Northern New Jersey. Yes, it had a website and a Facebook page, but no professors of any note, and certainly no famous programs at all. Tuition, according to their page, was not exactly cheap ($12,620 a semester). So, I’m not talking about an amazing school/product at an amazing price.

The University of Northern New Jersey doesn’t even have a campus. Despite this, there were over 1,000 foreign students willing to pay tuition and come to this school, soon after the website and Facebook page were set up.

I should mention, University of Northern New Jersey is a completely fake school:

This is a CNN article, and it’s about a government sting. The government set up this fake university specifically to catch immigration scammers. As always, mainstream media just blindly passes on information and fails to notice important details, or to ask important questions.

Allow me to once again highlight what the mainstream media neglected. Here’s the most significant information that wasn’t highlighted:

Those arrested worked as “brokers” who solicited the university’s administrators — who were actually undercover agents — to participate in the scheme.

So, the brokers collect the students, and then arrange the deal with the university to sign the students up for fake classes/degrees. It’s just one sentence, but it reveals two pieces of information about the level of fraud in higher education today:

The first piece of information? These frauds are all arranged through the administration. These brokers didn’t contact faculty, or even department heads. These brokers had many people willing to hand them tens of thousands of dollars for frauds. That’s a lot of money. It’s a safe bet the brokers weren’t incompetent, knew exactly what they were doing, and were experienced in their jobs.

These competent and experienced brokers tell us how it’s done. If you want to do fraud, you go directly to the administration. We’re talking dozens of brokers here, and they all knew exactly how to perpetrate the fraud: go directly to the administration. Not the faculty, as the faculty are completely irrelevant in higher education today, especially in the newer schools (ones less than 30 or so years old).

I’ll say it again: if you want to do fraud, you go to administration. Administrators want students, and they don’t care if the students are complete frauds, as I’ve documented in this blog many times. If an administrator can get growth, and get a paper bag stuffed with $100 bills as well, more’s the better.

The second piece of information in this one sentence? Administration has complete control here. In order for this fraud to work, you have to enroll these fake students in classes, not just the fake paper classes of UNC, but completely fake classes where there’s not even a faculty member. And then you’re going to set up transcripts saying these students took, and passed, these classes, year after year.

The brokers, dozens of them, knew this could be done, knew that even a “real” school could do this. Yes, we’ve seen this before, and I know I’m not the only faculty to stand at graduation and wonder at graduates who I knew couldn’t possibly have earned their degree. At a small school, it’s particularly easy to see this happening, but only the older schools really have any mechanism for catching this fraud.

This really is the level of chokehold administration has over higher education today: they can totally put fake students in fake classes and award fake degrees, and it’s all perfectly legal (the issue here was immigration fraud, not academic fraud). Faculty are in no position to know about any of this, or do anything even if they know, on many campuses.

And this is why the brokers knew not to waste their time talking to faculty, they went straight to administration, who control the system from beginning to end.

They paid the undercover agents thousands of dollars to put the school’s letterhead on phony documents.

If it was just one broker doing this, you could possibly delude yourself into thinking it was a fluke. But when you put up a lousy web page and get several dozen people handing you bags of cash…you know the fraud here is systemic. It’s not just this one fake school any more than it’s one broker.

Now we come to the question that CNN should have asked in light of this sting operation. See, it took a bit of effort to set up the web page and a Facebook page to make this school look legitimate. Doing this the reverse way would be quick and cheap. So CNN should have asked:

“Why didn’t the Federal government do an even easier sting?”

Imagine how simple it would have been for the Federal agents to just show up at “real” schools with bags of cash and see how easy it is to set up fake students for the fake classes at the so-called “real” schools. If a simple web page causes dozens of brokers to show up in northern New Jersey with, literally, bags of cash to enroll fake students, then it’s a safe bet that there are many of these brokers throughout the country showing up at schools to do the same. Successfully.

So why not set up the easy sting?

ince I asked the question, I guess I should answer it: “Because it would cause chaos.”

I’m not saying every school would trivially take the bags of cash. But the new schools, especially the community colleges? I am sure you could do this. I mean, already, 25% of the students on those campuses are well known as fake, and that’s just the percentage the schools will admit to…it’s almost certainly much higher, at least on some campuses.

Imagine the chaos, then, as the Feds go to school after school after school, and find out how easy it is to just walk up to a fully accredited school and flat out buy your degree, or at the bare minimum buy fake enrollment into fake classes. Accreditation has already come out and said that schools which accept fake students like this won’t lose accreditation and access to the easy student loan money. This is no surprise, as the same people that run accreditation also run our colleges. I’m telling the gentle reader, if Feds start showing up at schools with bags of money, they’re going to find administrators willing to do this.

Imagine the chaos if (when?) it comes out just how many schools are running these sorts of scams, in addition to all the other scams going on in higher education today. If the government actually checked on many schools, instead of setting up a single fake school, then we’d have campuses all over the country shut down overnight.

And that’s the reason they won’t do a sting on the schools, because nobody really wants to know just how widespread this sort of fraud is, and you sure won’t learn it from CNN. But at least my gentle readers know.