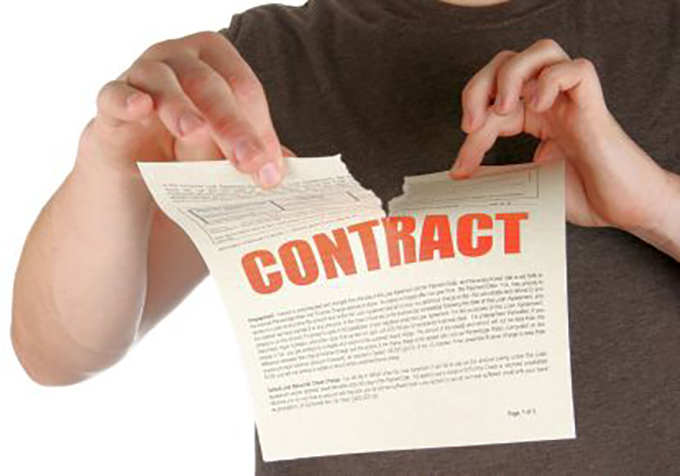 “I am altering the deal. Pray that I don’t alter it any further.”

—Darth Vader, though I knew a deanling that took pride in her power to alter “agreements” any way she chose.

Tenure, the supposed “job for life” that is met with so much disdain in the mainstream media, is basically dead. The only thing keeping it on life support is the law, a law that is all too casually ignored by both our lawmakers, and our rulers in higher education today.

Yes, I admit there’s great potential for abuse in the idea of tenure…but the eradication of tenure, of the respect for tenure, is a big factor in why science is now basically broken, why education on many campuses is an open joke, and why our higher education system is now just a system of plunder.

Seeing just how much money can be stolen by getting rid of tenured faculty, admin has been pretty aggressive in silencing faculty and other defenders of tenure. Still, those pesky rules and contracts and such have slowed down the plundering, to the point that something like 7% of higher education funding is NOT going into administrative pockets (7% is the amount of higher education costs that actually go to education).

After years of taking down tenured faculty one by one, admin is looking to annihilate tenure wholesale:

U of Wisconsin System Board of Regents approves new tenure policies, rejecting a series of proposals that professors said would have protected some of their rights.

What, rights? Scholars want to be treated with respect? “That’s ridiculous,” says admin, “being educated is a sign of weakness, and is not deserving of respect. Don’t you see all the suckers on campus going deep into debt for rubbish now?”

I rather see administration’s point, as it does seem like there’s an endless stream of students willing to go tens of thousands of dollars into debt for the most ridiculous of coursework.

Dept Head: “We’d like to remove the foreign language requirement for our graduate degrees in mathematics.”

Faculty: “We’ve had those requirements for years. Why change?”

“Dept Head: “Because the most common foreign language our students speak nowadays is English.”

Still, a system where the educators had rights led to the US higher education system being the most respected in the world. It’s one of the reasons our graduate schools (still a little insulated from the corruption, as the most advanced faculty yet have tenure) are filled with foreign students studying actual subjects…even as our undergraduate, native born American, students are loading up on indoctrination-type coursework and heavily watered down material, at best.

Repeatedly during the meeting, Millner and other regents cited the need, in an era of tight budgets, for “flexibility” to close programs — and eliminate faculty jobs in the process.

I really feel the need to highlight what’s happening here. Instead of scholars saying “an educated person should know something of history, of foreign language, of science, of politics, “ and so on, that’s all going to be removed, to be replaced with courses filled with what administrators believe is important.

With the new administrative plan, the education our kids are going deep into debt for will be determined by administrators…people who all too often have no education themselves. I’ve pointed out bogus coursework where “don’t shave” is worth a full letter grade (and you can do this for three courses), where knowing the details of Game of Thrones is more important than knowing about anything going on in the real world, where straight up indoctrination and nothing more need be learned.

Taking educators out of education will only make this trend worse. In the near future, a college degree will simply mean the student learned that white people are evil, communism is the best thing ever, and females are better than males in every way. (I’m sorry if I’m heavy on the links today, but I feel the need to link things that a reasonable person in a sane world would find hard to believe).

Administrators are couching the annihilation of worker rights as a financial decision, but this is rubbish on the face of it. Administratively controlled campuses are already boiler rooms, and the reason our higher education system is running out of money (no matter how much we pour into it) isn’t nearly so much because taxpayer support is dwindling as because administrators are plundering rapaciously and there’s no way to stop them (I’d provide a link, but nigh every other post in my blog documents such theft).

In short, this change in the rules is to facilitate even faster plundering, even more debasement of our higher education system.

The comments section of course is primarily outrage as the groundwork for future plundering of the system is laid down. One comment does bear response as it hits all the old canards against tenure:

Tenure should not exist in any form. It was originally established as a decentralization of power away from European monarchs, where it was indeed an advance for liberty. When professors are employed by private colleges tenure is a transfer of liberty from one private entity to another in an inefficient way that is destructive to productivity, especially as seen by the employer. Gee, why doesn’t any other industry offer lifetime employment regardless of performance?

This is something of a train wreck of a post, and I want to take it apart line by line:

“Tenure should not exist in any form”

What does this even mean? The current “form” of tenure in most schools means the professor can be suspended without pay indefinitely for little reason at all. Does this sound like much of a job guarantee? This form of tenure is basically meaningless, but still the poster fears it.

I’ll just call this line puzzling hyperbole and move on:

It was originally established as a decentralization of power away from European monarchs, where it was indeed an advance for liberty.

Have we truly reached the end of history? Is liberty truly at 100% now, with no chance of further advance? How is decentralization of power away from plundering sociopaths a bad thing? Like I said, this post is a train wreck.

When professors are employed by private colleges tenure is a transfer of liberty from one private entity to another in an inefficient way that is destructive to productivity, especially as seen by the employer.

Uh, private colleges aren’t forced to offer tenure, all contracts there are voluntary, so this is a non-issue. And most private colleges are for-profits that don’t have tenure in any event. Please understand, our accredited for-profit school system, which has no tenure, is openly predatory, with billion-dollar frauds being exposed in for-profit (i.e., private) accredited schools almost every month. This is one ugly train wreck to watch, but let’s continue:

Gee, why doesn’t any other industry offer lifetime employment regardless of performance?

Now this is almost an excellent question. There are some issues, however, as there are false assumptions buried in the question.

First, the assumption of “lifetime employment” is invalid—anyone with actual familiarity with tenure will happily tell you there is a review process, and tenure can be lost legitimately by non-performing faculty….performance is very much a factor in tenure.

Second, the assumption of “industry” is invalid. Should education be an “industry,” with human beings being manufactured on the same level as cans of beans? We certainly have self-proclaimed “titans of industry” running our institutions of education now, but, I promise the gentle reader, if we got rid of these guys, in no way would any student’s education be harmed, and the freeing up of funds would probably help education (at the very least, firing one million-dollar-a-year Poo Bah would provide full scholarships to a hundred students a year in our overpriced schools, or a thousand students a year in a fairly priced university).

I honestly don’t know for certain that having tenure is a good thing for higher education…but the annihilation of tenure has turned even our “non-profit” schools into ripoffs and our students into prostitutes. This didn’t happen when educators had some influence over education, and it’s fair to consider that reducing educators’ influence further will not improve the situation.