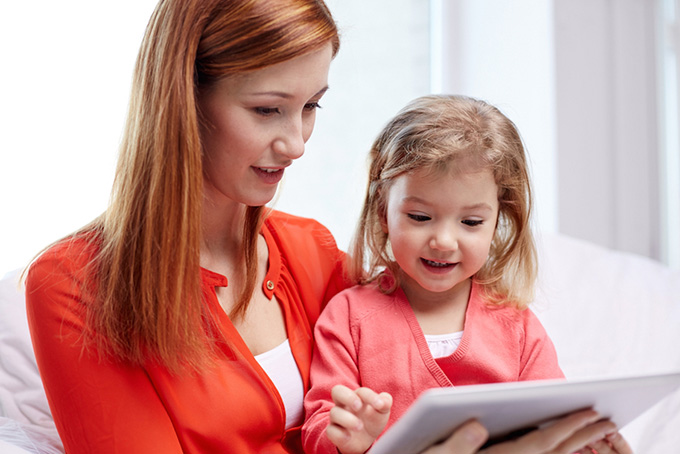 It’s the holiday season, and families everywhere are playing on digital devices at home and on the road. If you’ve got kids, and a smartphone or tablet, you have probably found yourself poking around the app stores in search of a great new game that will not only entertain your child, but hopefully help them learn something too. Developers know this—the educational apps category of Apple’s App Store alone has at least 80,000 titles. Our research suggests that most parents and educators find it daunting to swipe through screen after screen of “educational” apps without knowing what kinds of standards there might be. How’s a parent supposed to find what’s best for their child? And how does someone who develops really great apps get their products into the hands of the families who would most enjoy them?

As we head into the new year, we wanted to take a minute to reflect on the findings of Getting a Read on the App Stores, our most recent survey of the apps stories and what they mean for parents who are looking to facilitate the literacy development of their young children — and the developers who are creating apps for these users.

When we embarked on this study in 2014, our teams at the Cooney Center and New America, led by Sarah Vaala and Anna Ly, decided to put ourselves into the shoes of parents looking for great apps for their kids. If we were looking for some high-quality educational apps for young children (which we defined as from birth to age 8) to teach them literacy skills, what would we find?

Parents are finding most of the apps that they download from browsing the app stores. With that in mind, we wanted to learn more about what they were likely to encounter while browsing the most popular paid and free apps in the Apple App Store, Google Play, and Amazon Appstore. Among the literacy apps for children, what kinds of apps were among the most popular? How much information would a parent find while browsing the app stores to help them make decisions?  And once an app had been downloaded, what would our families find? We also scanned the award-winning or highly-reviewed apps lists at three of the expert review sites, Common Sense Media, the Children’s Technology Review and Parents’ Choice to see what kind of overlap there might be in these lists—did experts agree that the most popular apps in the marketplace were the best?

After digging into the data for months, we realized there are key factors which help a parent make informed decisions. And prepared with the right kind of knowledge, developers can help parents find their apps too. Here are some highlights of what we found that we think might be of interest.

The Cooney Center and New America are strong advocates for the development of industry-wide standards for the education category. But until that happens, parents and educators will continue to rely heavily on the descriptions that developers provide as they scan the Top Apps lists. Perhaps, armed with the knowledge that can be gleaned from our scan, developers can help parents discover the kinds of apps that they are looking for (or perhaps didn’t even know they were looking for) while improving their own chances of rising to the top of the class.