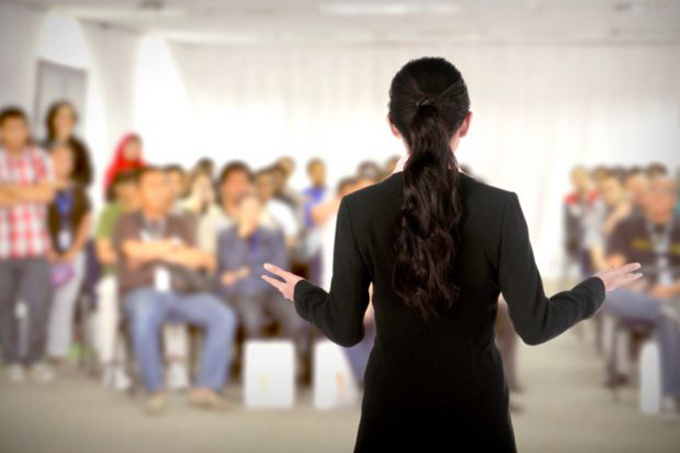 “She may be a small person, but she has big ideas,” states the panel chair by way of introducing one of the most impressive senior scholars in security studies. At a recent conference, a more junior panellist’s contribution is prefaced with the chair’s observation: “It is hard to believe that such a fragile woman should be an expert in this topic!”

It is barely worth mentioning that achieving gender (or any sort of) equality in academia is anything but straightforward. The notion that every committee needs to have a woman increases the administrative burden on female faculty. The worthy quest that panels should not be all male risks casting suspicion over the scholarly contribution of the female speaker who did make it on to the stage. Of course, we should not therefore give up on promoting equality, but one may be forgiven for lending qualified support to measures that may or may not have perverse consequences.

By contrast, avoiding gender discrimination when introducing speakers/lecturers/panellists should be as easy as a wink. Why then is the unequal treatment of women in just that situation about as likely as a flood of anxious student emails the week before an exam? Panel chairs often fail to paint the picture of a competent professional, instead lingering much longer than in the case of male speakers on women’s physical attributes, age, country of upbringing, family situation, etc. Even well-meaning, jovial endorsements of a woman’s non-professional attributes – “how nice to see x, y, z in a discussion of such a serious topic” – can be distracting at best. At worst, such comments outright undermine the speaker.

So here are five don’ts when introducing a female speaker:

Don’t mention her looks
That includes her stature. It doesn’t matter whether it is a compliment or not. Just don’t do it. Really, please don’t!

Don’t mention her age or gender
It is quite possibly obvious and definitely irrelevant.

Don’t mention information that would be useless in determining whether listening to her will be more or less intellectually rewarding than scanning Twitter for the latest celebrity feud
Those irrelevant pieces of information include, but are not limited to: where she grew up and how much you like that country, what profession her father had and how that may have sparked her interest in the topic, or that you think her alma mater has a great sports team. It distracts from her professional standing and you will almost certainly mention those things at the expense of passing on more relevant information to the audience, the kind that you will likely convey about the male speakers on the panel.

Don’t call her “Miss”
If she does not have an academic title, the go-to alternative is obviously “Ms”. For “pertinence of information given the context”, her marital status is in a category with her shoe size and her favourite Muppet.

So why is this important? The speaker’s comfort may not be the most important value at stake. Everything we know about cognitive frames suggests that information about the speaker affects how much attention the audience will, at least initially, pay to her argument. The introduction not only prejudges the credibility of a speaker’s truth claims, it can also set the tone for whether the audience-speaker interaction will prominently feature patronising “pseudo questions” or mutually enriching exchanges at eye level.

Of course, even introductions that stick to professional information about the speaker and do not discriminate along gender lines end up prejudging the reception of an argument, and that is not always fair. Why should it be easier for someone from an Ivy League university to get their point across than for someone from a less well-known university? Why should the path-breaking book someone wrote 20 years ago mean what they now say on a different topic is accorded instant credibility? Shouldn’t the ideal of scholarly exchange be that an argument is evaluated on its merit alone?

Much as I believe that to be true, it is human that we use someone’s previous achievements and credentials as cognitive shortcuts to allocate our finite attention and attribute credibility when complicated arguments compete. It is equally in vain to quarrel with the fact that the speaker’s achievements and introduction are a sales pitch meant to convince an audience spoiled for choice to stay and choose this talk over a myriad of alternatives. Precisely because we are bound to use shortcuts to structure our complex reality it is crucial that we avoid offering the kind that is obviously misleading and ultimately discriminating.

The reason this issue deserves attention is not that this is the only/worst form of gender (or other) discrimination out there (obviously not by a long shot); or because everyone who ever called a female speaker “Miss” is a despicable misogynist. If they were, it would be easier to snark back right there and then. Not introducing female scholars as if they were either slightly suspicious anomalies or much appreciated diversions to lighten the mood and improve the decor is crucial, because it is one among few steps on an otherwise extraordinarily difficult path to gender equality that is easy to take.

Author Bio: Janina Dill is assistant professor in the department of international relations at the London School of Economics and a research fellow at the Institute for Ethics, Law and Armed Conflict at the University of Oxford.