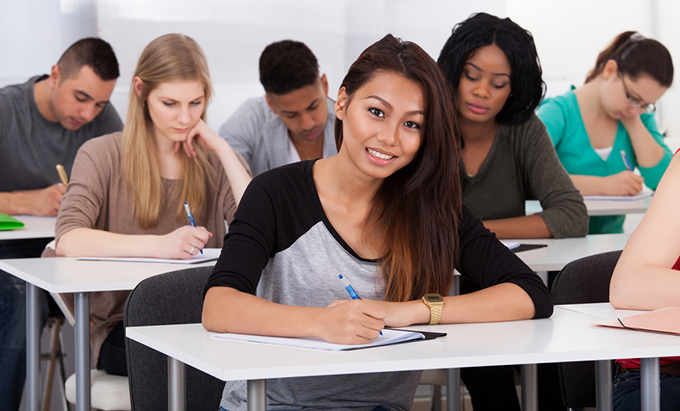 At scale, co-requisite remediation has the power to improve students’, especially underrepresented students’, persistence and completion of college degrees. And only states and systems have the tools at their disposal to support that scale.

Pikes Peak Community College sits in the shadow of the Rocky Mountains, on the outskirts of Colorado Springs, and down the road from the United States Air Force Academy. The almost 13,000 students attending the two-year school are mostly white and almost half receive Pell Grants. Only about one-fifth of these students will graduate in three years.

As at many community colleges, a sizable number of students arrive at Pikes Peak not ready for college-level work. In fact, in 2013, more than half of all students needed some type of remediation, mostly in math. Getting placed into remediation made the already low odds of graduating from the school even more dismal. The three-year graduation rate for students in remediation was under nine percent. A big reason for this poor success rate was that more than a third of students who placed into remedial courses were taking three or more terms to enroll in their first college-level English class. In math, it was even worse. Almost 60 percent of these students took at least three terms to enroll in the college-level math class.

Unhappy with these outcomes, the Colorado Community College System in 2012 decided to redesign remediation. The redesign was extensive but one of its key features was the introduction of co-requisite remediation. In my new report, How to Fix Remediation at Scale, I explore how Colorado, Georgia, Indiana, Tennessee and West Virginia, used a variety of tools to scale and sustain this new model across community colleges in their state.

Under this new model of remediation, which was popularized by Peter Adams at the Community College of Baltimore County and by faculty and staff at Austin Peay State University in Tennessee, students receive learning support at the same time as they take college-level courses. As a result, students who need extra help can get it while speeding up progression to their degree. Instead of being a prerequisite to taking college-level courses, the remedial support is now a co-requisite.

The problems that Pikes Peak and other community colleges in Colorado faced are not isolated to schools in the state. Nationwide, the majority of community college students are required to take at least one remedial course but less than one quarter of those same students will actually graduate with a credential of any kind within eight years. These long odds are increasingly unacceptable to states and colleges and they are looking for alternative approaches.

The results in Colorado, and in four other states that have implemented co-requisite remediation at scale, suggest that this model may be the solution they are looking for. Through interviews with state leaders at the Colorado Community College System, the Georgia Board of Regents, Indiana’s Ivy Tech Community College, the Tennessee Board of Regents, and the Community and Technical College System of West Virginia, How to Fix Remediation at Scale, looks at how these states made significant changes to remedial education.

In these interviews, policymakers in these states said they used the following tools to scale this reform:

At scale, co-requisite remediation has the power to improve students’, especially underrepresented students’, persistence and completion of college degrees. And only states and systems have the tools at their disposal to support that scale.