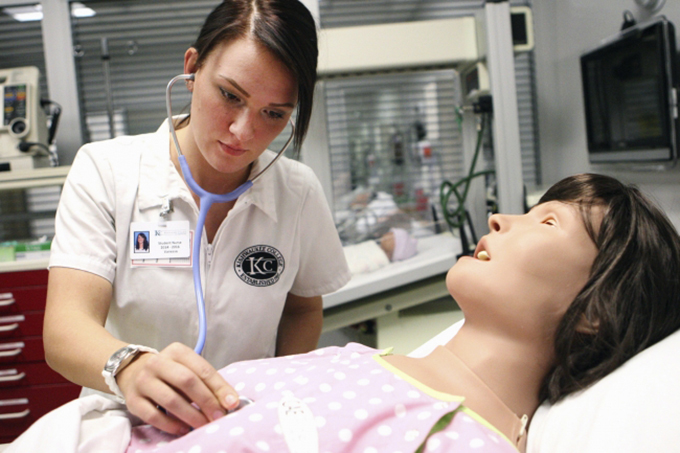 The question seems straightforward enough: “During the current school year, to what extent have your courses challenged you to do your best work?”

Which students pushed themselves academically, and at what kinds of institutions, features prominently in the report of this year’s National Survey of Student Engagement, known as Nessie. The results, released on Thursday, are either sobering or predictable, depending on your view of students and colleges. The attempt to measure whether students are meeting their potential also raises broader questions about their motivation and about institutions’ expectations for academic rigor. It also illustrates the complex nature of self-reported surveys that ask students to reflect on knotty subjects like their learning.

But first, the findings: Fifty-four percent of freshmen and 61 percent of seniors at 585 four-year institutions in the United States and Canada said they were “highly challenged to do their best work.

Are those numbers high or low?

“They’re low,” said Alexander C. McCormick, director of the survey. “This is a core value in higher education: that students should be challenged and provided sufficient support to meet those challenges.” Colleges, he said, should take the results as “a wake-up call” to set and communicate high expectations.

Others saw less cause for alarm. The percentages didn’t seem low to Nicholas A. Bowman, director of the Center for Research on Undergraduate Education at the University of Iowa. A student’s sense of academic challenge reflects his or her perceptions, which are often framed by the educational environment. “Depending on where you go to college,” he said, “expectations differ dramatically.”

Institutions do seem to play a role in establishing expectations. At some colleges, more than 90 percent of students reported being challenged to do their best work, Mr. McCormick said. (Nessie releases national figures, while participating institutions get their own reports.)

But the high-flying, prestigious colleges weren’t always the ones that challenged students the most. Admissions selectivity had no relationship to the level of challenge reported by freshmen, the survey found. For seniors, none of the most-selective institutions ranked among the 50 most-challenging ones identified by Nessie. “Admission selectivity,” the report says, “is neither a prerequisite for nor a guarantee of a high-quality educational experience.”

“It bears repeating endlessly,” Mr. McCormick said, “because of the dominance of the narrative of selectivity as equating with a high-quality education.” The subjective nature of the survey’s question about challenge would also suggest that an individual student’s background matters, too. After all, what’s challenging for a student with profound academic gaps is probably not the same as for one who enjoyed every educational advantage. And yet, the level of challenge was unrelated to students’ scores on the SAT or ACT. Without an objective way to measure challenge, it’s difficult to say just what the term means.

A more-objective approach would suit Josipa Roksa, an associate professor of sociology and education at the University of Virginia. The level of academic challenge might be more accurately captured, she said, by the number of pages students are assigned to read and write, for example, or the number of hours they report studying (and study time has declined precipitously since the 1960s).

The survey took those measures, too, finding little connection between the amount of reading or writing and academic challenge, Mr. McCormick said. The number of hours students reported studying did seem to correlate somewhat with their sense that they’d been challenged to do their best work.

Students’ self-reported level of challenge also tended to align with other measures that the survey tracks: the complexity of tasks students are asked to complete, the strategies they use to study, how they approach learning, and their perception of the clarity of teaching.

The term “best work” also raised questions for Ms. Roksa. To students, she said, it probably means putting forth effort. Research for Aspiring Adults Adrift: Tentative Transitions of College Graduates, the more-recent book she wrote with Richard Arum, revealed that faculty members and students have different ideas about what rigor, engagement, effort, and best work mean. Students, she said, often define academic engagement in minimal terms: attending class and completing most of their assignments.

“Students are very high on their perceptions of their engagement,” Ms. Roksa said. “When you unpack what it means to be engaged or work hard, it’s a low threshold.”

The question may be getting at a complicated educational interaction that is difficult to pick apart, she said. In asking about challenge, the question is simultaneously touching on institutional decisions, students’ motivations and perceptions of their instructors, and the cognitive and emotional dimensions of teaching.

There are at least two ways to think about the word “challenge,” Ms. Roksa said. The first is as rigorous and demanding. “Or,” she said, “it might be, ‘faculty expect me to put my best effort forward.’” Challenge, when accompanied by support, she said, might feed students’ perception that instructors are telling students, “I believe in you.”

And if students feel that their professors believe in them, she added, they will probably try to do good work.

The survey’s researchers also observed intriguing relationships between students’ level of challenge and their age, major, and type of coursework.

Nontraditional students, defined as those starting college at 21 or older, reported levels of challenge far greater than their traditional-age peers did. About three-quarters of freshmen enrolled only in online courses said they were often challenged to do their best work, a rate significantly higher than among those in some or no online courses.

Standardized tests meant to measure general critical-thinking skills often produced inverse results, with practical majors often ranking at the bottom and liberal disciplines at the top. But the level of challenge may get at something different, researchers said. A curriculum focused on training for a specific job like teaching or nursing tends to emphasize discrete skills — say, writing a lesson plan or drawing blood — over general skills like critical thinking.

Rigor in a practical discipline may also look different than in a liberal one. Seniors in practical majors often have to apply what they’ve learned to, or even in, the outside world. The clarity of an academic setting is replaced by the messy complexity and tangible consequences of clinical rotations or student teaching.

“Those real-life applications,” Mr. McCormick said, “do perhaps draw out more dedication and seriousness from students.”