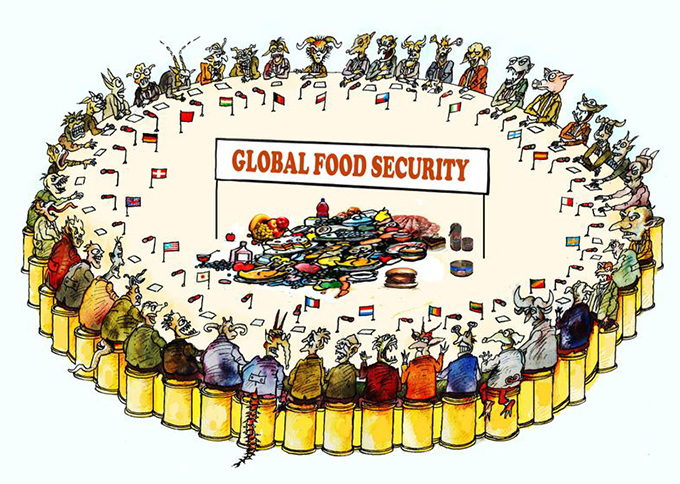 Can we really feed nine billion people? That’s the estimated global population in the year 2050. It should be possible, but things are looking tricky – especially when we also factor in the climatic instability caused by global warming.

These are some of the current threats to food security and what we could do about them.

Demands for water for human use and to grow crops are increasing, but changing weather patterns because of global warming mean we can’t rely on enough rain falling where we need it.

So how can crops still thrive in a warmer world? Back in the 1990s, a simple experiment was devised to test how grapes were affected by signals from their roots in dry soil. Vines were grown with their roots split. They were given plentiful water through one half of their roots, but the others were not watered. The effect was astounding: the fruit yield was the same but only 70% of the water was used.

If plants reduce their water loss they can’t take up as much carbon dioxide for photosynthesis and thus growth. However it seems plants direct the resources they do have to their fruit and seeds, in order to protect the next generation. This works well for us humans: as fruits and seeds are frequently the edible parts of the plant, “partial root drying” often sustains crop yields.

Pathogens – anything which causes disease, such as a virus, bacterium or fungi – have always been a feature of agriculture and there are a number of current causes for concern. For example, a wheat rust fungus that current varieties have no resistance to is spreading from Africa to the Middle East. Bananas are also an important staple crop for hundreds of millions of people in Africa, but a new variety of the fungus that causes Panama disease has devastated plantations of previously-resistant varieties and is spreading from Southeast Asia.

Crops often already have resistance mechanisms that could stop a new pathogen in its tracks. What they lack is the information that they are under attack and should turn their defences on.

Plants use “R proteins” to detect invading pathogens and trigger their defence responses in a way analogous to our antibodies. An R protein from another variety of the same species or sometimes even from another plant species resistant to the pathogen can be copied into a vulnerable crop by genetic engineering, where it will identify the pathogen and activate defences against it. In the long run, it may be possible to defeat evolving pathogens by equipping crops with a barrage of different R proteins so that evading one way of detecting them is not enough.

Water used for irrigation isn’t pure H2O and often it contains minerals including sodium and calcium salts. When a crop takes up the water these substances are left behind in the soil, just as mineral impurities in tap water cause your kettle to fur up. Salts accumulated in soil now affect crop yields in many parts of the world. 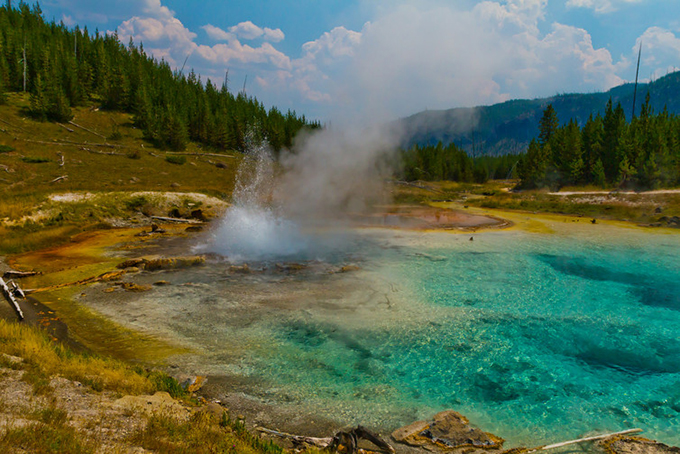 Crops depend on fertilisers to get the bumper yields required to feed the current seven billion people and their livestock. Nitrogen, one of the three main “macronutrients” plants need, is generally taken from the atmosphere and converted into usable ammonia fertiliser by reacting it with hydrogen at high temperatures. This is known as the Haber-Bosch process.

The industrial process was a vital part of the Green Revolution in the mid 20th century, which boosted agricultural production across the world. The chemists responsible, Fritz Haber and Carl Bosch, have been said to have saved more human lives than any other individuals, although their process was developed for explosive manufacture in Germany during the First World War. Scientists sometimes accidentally cause harm while attempting to do good, but this is a spectacular case of the opposite.

However, the process requires temperatures of up to 500°C and pressures equivalent to those 3km below the surface of the ocean. This means large factories, carbon emissions, and more global warming. Additionally, excess fertiliser can cause ecologically destructive algal blooms and chemical fertilisers adversely affect soil microorganisms. The Green Revolution wasn’t actually green. 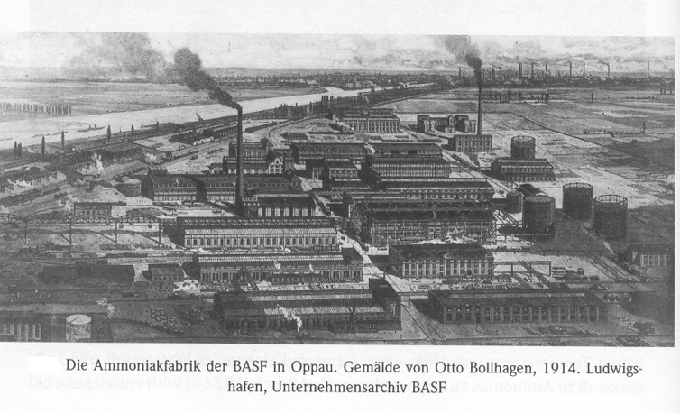 The green revolution began here, at the BASF plant in Oppau, Germany. kaleberg2

So how to wean ourselves off fertiliser? The most important of our staple crops are cereals such as wheat, rice and maize, which originated as domesticated grasses. Together they contribute more than 60% of global calorie intake. These crops are annual species, growing from seed to produce the next generation in a single season before dying. Because of this, fields have to be ploughed and reseeded each year and cereal root systems never penetrate deeply into the soil. This is why they need fertiliser.

However, not all grasses are annuals. Many prairie grasses are “perennials” that don’t die after producing seed and are productive even without additional fertiliser. Their roots grow deeper and deeper each year and can tap nutrients and water far beneath the soil surface.

What if we could make perennial versions of these key crops? It would be a much more environmentally-friendly way to grow food. Some think it could be achieved within two decades, but bringing all of the characteristics we want together in time may well require genetic modification.