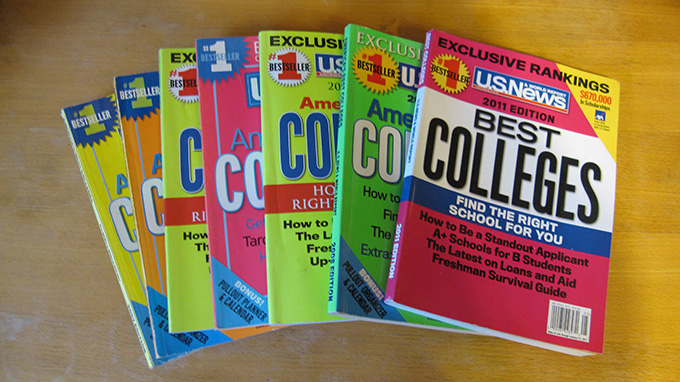 One of the most persistent problems facing American higher education is how best to explain its importance and endearing value to the public.

The problem is that various perspectives shape the approach utilized. Higher education leadership – especially at the research universities and the liberal arts colleges – often speak to the need for America to produce an educated citizenry. It’s an ambitious but justifiable argument that once resonated well with the American public. It also appeals to higher education’s stakeholders, especially staff and faculty. But the failure to sharpen and expand this definition has diminished the almost exclusive claim that higher education once held on people’s perception of it.

The reasons for this erosion are complex and reflect the changing economic circumstances, consumer preferences, state and federal regulatory climate, and shifting demographics that carry different expectations and their own set of perceptions. It’s been a long time in coming.

For many years, the principal competition in higher education came from the rankings survey drawn up annually by US News and World Report. It’s a profitable endeavor for the magazine, drawing subjective, perception-driven analysis that many higher education colleagues derisively and somewhat accurately call the “swimsuit edition.” Heavily based on inputs, the numerical ratings change slowly year to year because they are based on reputation and selectivity.

The input-based approach sets tight parameters around the US News release. While Americans like competitive rankings, the failure of this survey to look at outputs inhibits its value to many families in a post-recession society, who are searching how best to educate their children in markedly different terms than a generation ago.

Writing in the New York Times earlier this month, James B. Stewart looked at the evolution of the higher education ratings literature. He noted the wide variety of relatively new players, citing PayScale, The Georgetown University Center of Education and the Workforce, The Economist, Forbes, and Money magazines. Each looks more at the outcomes largely eschewed by US News and most colleges and universities. Mr. Stewart demonstrates convincingly that these measurable outcomes have value. They are more attuned to the metrics sought by most American families.

His point is a telling one.

There is more consumer value among the newer rankings to knowing what your tuition dollars buy than in the claim to bragging rights made possible by a college’s good standing in the US News and World Report annual survey.

Mr. Stewart further concludes that two recent efforts by The Wall Street Journal and Times Higher Education (no relation to the newspaper) “did a creditable job blending a wide variety of factors, including outcomes and student engagement.”

There are lessons for America’s colleges and universities in Mr. Stewart’s report.

First, American higher education is moving closer to center stage visibility in the court of public opinion. Absent an ability to shape this opinion, higher education will be increasingly subject to it. Perhaps the best strategy is to find a way, therefore, to influence it more directly and with greater common purpose.

Second, the decades-old disagreements between high education officials and the editors of US News over issues like methodology is at best “navel gazing” if the goal is to make a positive impact on general perceptions. They are one thorn among many for which accommodation must be provided, but the center of the rankings debate has shifted away from US News.

Third, the new battleground is likely to be over outcome-based surveys. Outcomes shape consumer preference and the polling data and anecdotes from which (sadly) so much state and federal policy is developed. There is undeniably a “what’s in it for me” quality to this debate that is somewhat softened by the real and legitimate concerns over issues like employability and having “high meaning” to post graduate work.

There is a counter argument, of course. There have been well-intentioned efforts within higher education that attempt to answer consumer concerns to reflect the enormous diversity, differences in type and scale, and purposes of America’s decentralized system of higher education. These are positive efforts – sometimes defensive and politically calculated – but they represent a good start.

To support American higher education’s ability to shape its own destiny, it may be that what American families need is not more surveys but a clean, credible and simple analysis based upon exiting data.

Higher education will need to move more willingly – and at times more gracefully – into deeper consideration of outputs.

The American consumer will also benefit from education about higher education, including its remarkable diversity, which moves well beyond questions that stop at how much money a graduate makes.

It’s simplistic and laughable to think that a college or university should be ranked on a numerical scale to determine quality. Do comprehensive metrics ultimately support such claims? It is reasonable, however, to imagine a consumer education system that addresses quality “going in” and “coming out.” It would be wise for American higher education to lead the charge before they are overwhelmed by the blizzard of new survey data.