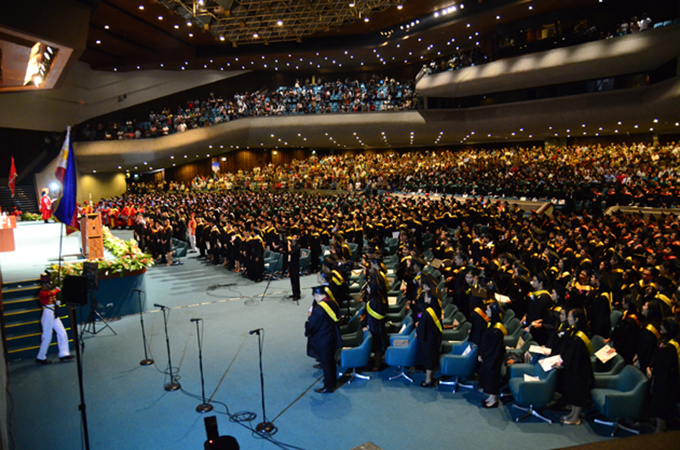 “Let’s Use Graduation Rates As A Measure Of School Success!”

The above is a typical suggestion about we can tell if a school is doing well. At first glance it sounds like a good idea. It’s certainly reasonable, up to a point. For example, a school with a 0.6% graduation rate probably is a terrible school (unless you measure in terms of growth, in which case such a school is successful).

On the other hand, a school with a 100% graduation rate might not be a great school…or maybe it has great students. This is where you start to look at admissions policies. For example, unaccredited “coding schools” have high graduation rates, well over 90%, and are obviously great schools because they actually offer money back guarantees to their graduates that don’t get jobs (and only take tuition from students that get jobs with the degree from the coding school). Of course, coding schools get those results because they have restrictive admissions policies…if you can’t demonstrate a willingness to learn, you can’t get in.

Admin: “85% of your students must pass your course, or you will not be considered a good fit for this institution.”

–a state university I worked at, “open admission.” Trust me, standards dropped fast and hard with this policy. “Not a good fit” meant termination, at the risk of patronizing the gentle reader.

An “open admission” school with high graduation rates, on the other hand, really should get scrutiny. It doesn’t get such scrutiny, of course, because such scrutiny can only come from administration. Instead, administration pats itself on the back and awards itself pay raises for the great “leadership.”

While I’m talking about the reality of much of higher education, a recent mainstream news article addresses the reality of our “public” school system:

The article looks at a particular school that received immense pressure to raise graduation rates, and the pressure produced results of a sort:

“By one measure, Berea, with more than 1,000 pupils, is helping more students succeed than ever: The graduation rate, below 65 percent just four years ago, has jumped to more than 80 percent.”

–there was a similar “improvement” at the university, too.

As is so often the case when I cite an article title, I’m disappointed with using the title, because it’s misleading. There’s no “fear” that standards have fallen, that’s just reality. As always, mainstream news screws it up:

“According to college entrance exams administered to every 11th grader in the state last spring, only one in 10 Berea students were ready for college-level work in reading, and about one in 14 were ready for entry-level college math. And on a separate test of skills needed to succeed in most jobs, little more than half of the students demonstrated that they could handle the math they would need.”

Yes, those are terrible numbers, but that just shows standards are crap. Why couldn’t someone at MSN go back a few years and see what college readiness was like before the graduation rates soared? A statistic in a vacuum like this is worthless. It really isn’t a puzzle why mainstream news just keeps losing customers.

MSN quotes many talking heads, but never bothers to ask actual teachers that do the actual teaching. So, it offers no real answers as to how graduation rates can rise besides guesses:

Still, there is no single reason these rates have increased.

Seriously? At the university that leveled that 85% “retention” rate threat, every single faculty member there could answer why the graduation rate went up after a few years of that. I have friends and former students that graduated from that university years ago…they’re delivering pizzas, driving for Uber and…heck, not one of them has gotten any financial benefit from the degree. While the people that graduate under such a corrupted education system suffer, the administrators that did the corrupting just keep getting pay raises and more benefits…

In one poor rural district where most of the students are African-American, graduation rates have risen to more than 85 percent, yet not one student scored high enough on the ACT to be deemed ready for college in reading or math…

–it’s interesting how that 85% number keeps coming up. I suspect there was some sort of initiative at the administrative level. If only mainstream news had investigative reporters…

“…the authorities have recently eliminated requirements that students pass an exit exam to qualify for a diploma. Alaska, California, Wisconsin and Wyoming demand far fewer credits to graduate than most states, according to the Education Commission of the States, although local school districts may require more…”

The standards game really is trivial to manipulate whatever way admin wants:

Over the past decade in California, several large urban districts adopted coursework guidelines aligned to entrance requirements at the state’s public universities. Los Angeles initially required that students earn at least a C in those classes, but the number of students on track to graduate plummeted. Now grades of D or higher are accepted.

Too many kids failing? Change the definition of failing. This moves them ahead, but then you have too many failing at the next level. So you change those standards too. Move on to the next level, and repeat the process. Honest, there’s a reason why finding college graduates that can’t read, write, or do arithmetic is becoming ever more common now, and the drive to “create” graduates is part of it.

The student loan scam is, of course, the ultimate reason here. Back when getting a degree was very difficult, not graduating wasn’t a big deal—having “some college” on your resume was worth something. Now, open admission policies means everyone has “some college” on his resume…it’s meaningless.

Now, standards have been annihilated (at many institutions), and, more importantly, tuition has risen to stratospheric levels thanks to the student loan scam (more money flowing in to any field will raise prices)…”some college” is worthless, so now you want to have a degree, something, to justify the huge sum of money being paid.

Handing out degrees is great for administrative salaries, but the obvious is missed: if everyone has a degree, a degree becomes worthless, just as worthless as “some college.” This is not difficult to understand, though the swarms of PhDs that run our education systems never seem to figure it out.