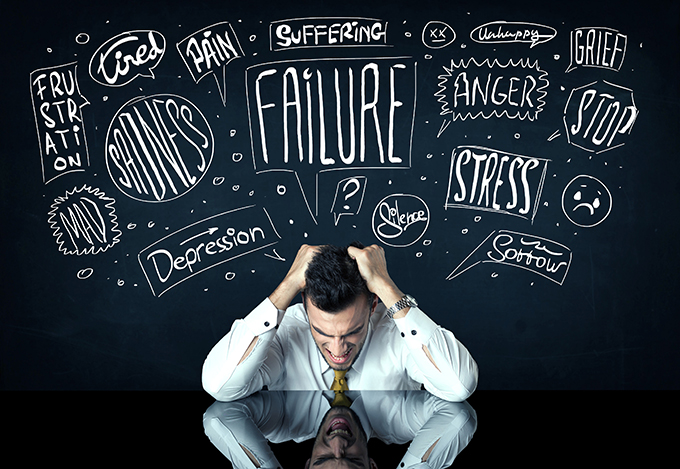 I am sure that there are many lists out there along the lines of “10 Things I Wish I Knew Before Starting a PhD”. But what I really wish someone had told me about before I embarked on my DPhil (PhD) in history was the concept of failure.

Last year, I started a

In my case, my result was “pass with major corrections”. It took a long time, and persuasion from colleagues, for the sense of failure to subside and to realise that a pass is a pass. When I href=”http://beyondthedoctorate.blogspot.co.uk/2015/02/major-corrections.html”>blogged about the taboo of major corrections and failure, more and more people came forward with similar feelings and experiences. I wish that all PhD students were given clear guidelines over the meanings of the different viva outcomes, so that a “pass with major corrections” can still be a cause for celebration, not disappointment.

In a sense, there are two types of “failures” here: the first is the feeling of failure for those actively trying to get an academic job, but who are having to temporarily work elsewhere to pay the bills; second is the feeling of failure for those who actively reject the academic career path as they are seen to have failed to follow the conventionally expected route.

So on the one hand, the competitive state of the academic job market, especially in the humanities, and the dispiriting odds of getting an academic position immediately post-PhD is exacerbating the sense of failure for those actively trying to pursue academia; while on the other hand, we punish those who have valid reasons for following an alternative career path. Undertaking a PhD does not automatically mean that you will be a professor or researcher, nor that you want to be. That traditional train of thought needs to be broken.

What nobody tells you towards the end of the PhD is that there are alternative career paths, whether it be a temporary stopgap in your continued academic job search, or a conscious and informed decision to take your career in a different direction. While this is improving, many post-PhD workshops run by departments focus on academic jobs, neglecting the opportunity to promote the transferable skills of PhD graduates that are highly valued by non-academic employers.

I have made the conscious decision that a full-time academic position is not for me. Whether I could get one if I tried is another question, but the key point is that it is not right for me. Not now at least.

People never tell you that your post-PhD expectations and aspirations will fluctuate over the years, and what you wanted at the beginning may not be the same as what you want at the end. I wanted to work in higher education and make a positive impact on teaching and research, but in a high-level strategic and impactful way through university management rather than through pure teaching and research. As such, I entered a higher education graduate management scheme, based at the University of Oxford with a secondment to University College London.

From that experience, I knew that I wanted to work in student services and am now pursuing a career in that area.

However, nobody told me that this was a viable career path. I and many others (as I suspect from the number of PhD graduates working in university management and administration) have fallen into these roles. It should be promoted as a career path for PhD graduates as one that allows you to retain an academic identity (should you so wish) while working towards a rich, varied and rewarding career. I retain access to institutional resources, such as libraries, and still actively publish and attend conferences. But the caveat here is that not everyone in full-time academia will understand you and your choice.

This summer, I was awarded a scholarship to attend and present at an academic conference. The scholarship was available to PhD students and those working outside academia (more bursaries and scholarships should include that latter category). Some attendees approached me and their first question was “where are you doing your postdoc?” This is problematic: one, it assumes that it is easy to get postdocs in the humanities; and two, that everybody wants one.

I found it frustrating that I had to defend my life choices to others, and especially to those more senior who potentially are too distant from the realities facing PhD graduates today.

Ultimately, I wish that I had been told that my choices are mine and are not “failures” but successes. They are conscious choices that simply look different from the conventional and assumed path. The language that those in full-time academia use to those more junior is vital in dispelling these myths about failures.

Academic institutions should manage expectations about life post-PhD by promoting and supporting the wide-ranging roles and careers in which PhD graduates find themselves, regardless of whether it was by circumstance or by choice.

Author Bio: Fiona Whelan was awarded a DPhil in history from the University of Oxford in 2015, and works there as executive officer in Student Welfare and Support Services. Her Honest PhDe-book is available here and her academic book on medieval manners and morals will be published in 2017.