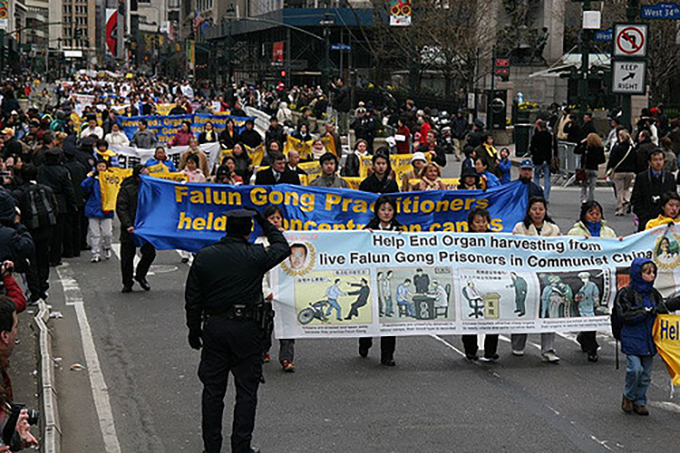 Earlier this month, on May 1 and 2, World War II people of all faiths acknowledged Yom HaShoah, or Holocaust Remembrance Day. One week earlier, on April 24, Armenians throughout the world paid sombre tribute to the tragic death of approximately 1 million Turkish Armenians in 1915.

While the Turkish government continues to debate whether the decimation of the Armenian population can be called genocide, both of these memorials give reason for pause and reflection.

What propels a nation to support genocide?  Is this support generated by the charisma of a leader?  Or is it fear of reprisals for not going with the flow?  Do economic factors, such as poverty play into this outcome, and if so, why do some populations subjected to economic adversity become willing participants in cultural genocide, while others do not?

No society has been more studied in this regard than the community of post-World War I Germany.  Germany was the epitome of an assimilated society in the late 19th and early 20th centuries. During that period, the arts flourished and scientific intellect was extolled. Following the democratic election of Adolf Hitler in 1933, however, the German community experienced a profound transformation that eventually resulted in the annihilation of more than 8 million people of all faiths across Western Europe.

Historian Thomas Kühne is the author of the book, Belonging and Genocide: Hitler’s Community 1918-1945 (Yale University Press, 2010). He suggests that while the fear of the Nazis’ brute force did play a part in the subjugation of its citizens, their hunger for community following Germany’s devastating loss during World War I, and the use of comradeship against the “outsider” to bolster national unity was what allowed the Nazis to establish a cohesive Volksgemeinschaft, or “people’s community.”

Kühne (also spelled Kuehne), who teaches history and serves as the Strassler Family Chair in the Study of Holocaust History at Clark University, states that this cohesiveness would not have been as successfully implemented had it not been for the German people’s sense of utter demoralization following World War I:

“Germany had lost the Great War: it was deeply humiliated by the Versailles Treaty and the verdict of guilty the treaty had handed down; it was appalled by the huge reparations it would have to pay; and it was outraged about the enforced demilitarization. Would the country ever regain its former power?” (pg. 9).

The author goes on to explain that the national sense of alienation and dejection, combined with social and economic problems that existed when it entered the Great War set into play a set of dynamics that would eventually provide fertile ground for Hitler’s election and racist platform. What Western allied nations believed would restrain Germany’s militarization in fact set the stage for a perfect storm: validation of the Third Reich’s manifesto as to how to once again elevate Germany to a world power.

While Kühne clarifies that his book is not an attempt to delve into the story of the Holocaust and the annihilation of approximately 6 million Jews, he acknowledges that the Nazi promoted the concept of the Volksgemeinschaft by pitting its homogeneous ideology and culture against what it wasn’t: Jewish. He explains in the following excerpt on page 36 about the beginning years of Nazi Germany:

“In the schools, students now learned about the nation as a ‘community of blood,’ a community of work.’ The envisioned Volksgemeinschaft would be rid of Jews and other supposedly racially inferior groups, and at the same time insiders would be converted, reformed, and made uniform – not just outwardly but inwardly, in their thinking, their habits.”

In an interview Kühne explained, “This (concept) of (an) ideologically and racially homogenous nation was the ultimate utopia of the Nazis. The expulsion and the murder of the Jews was one step in realizing … this ideologic utopia.”

But how they arrived at that goal – through the fabrication of a cohesive community spirit “by making Germans complicit (and feel complicit) in the Holocaust” is significant to not only historians but those who study and work to prevent genocide. The Nazis emboldened this community spirit and encouraged complicity through the very antithesis of what it represented: the destruction of another community and the legalization and validation of mass violence.

“I think if we are ever to understand why genocide still happens today, we have to grasp this paradox,” said Kühne.

Dr. Johanna Ray Vollhardt, who teaches psychology at Clark University points out that the Germans’ sense of lack of control over their own lives was a significant factor as well, and stated during an interview:

“Another aspect that psychologists look at is not just the experience of humiliation … but the need and desire to exert control over one’s situation … to regain stability and strength in one’s society, over one’s life.”

Kühne and Vollhardt both said there were lessons to be learned from this part of German history.

“If we want to, we can take this as a lesson,” said Vollhardt. Politicians that offer scapegoating, exclusionary tactics and “simple solutions” to inspire cohesiveness and resolve national problems may offer a warning sign.

Kühne notes that while he hasn’t compared his findings with many other examples of genocide, the ethnic cleansings that occurred in Yugoslavia in the late 20th century (which is now divided into several independent Baltic states) “is the best, clear example of a parallel” to Germany. Understanding the history behind the realization of “Hitler’s community” may be a key to averting future catastrophes of this kind.