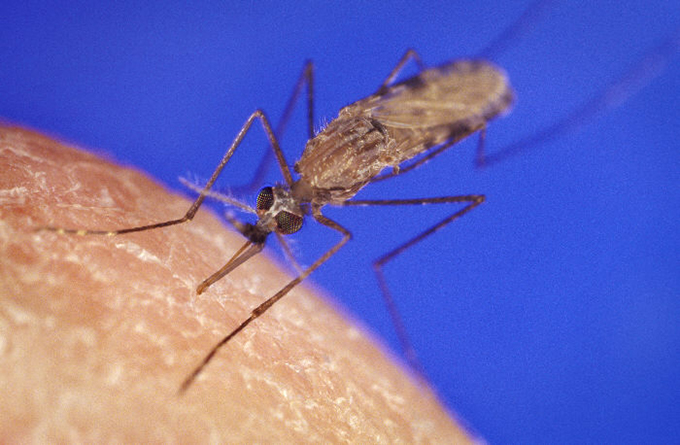 Researchers investigated the effectiveness of the sheeting in an attempt to counter the growing resistance problem of Africa’s main malaria mosquito — Anopheles gambiae – to the insecticide pyrethroid used in bednets.

This pyrethroids resistance is a cause for concern as pyrethroids are currently the only insecticides recommended by the WHO for the impregnation of bednets. For example, a recent study conducted in southern Benin has found widespread resistance to permethrin — part of the pyrethroid class of synthetic insecticides — in malaria -transmitting Anopheles gambiae mosquitoes.

Lead researcher Armel Djenontin at center for entomological researches of Cotonou at Benin-based Institute for Development Research, and colleagues have shown that when insecticide ‘wallpaper’ used in combination with insecticide-treated bednets in hut trials in Burkina Faso, the sheeting killed significantly more mosquitoes, and partially prevented bites. Results will be published in American Journal of medical hygiene.

This was carried out by evaluating the combined efficacy of a long-lasting insecticidal net (LLIN) and a carbamate-treated plastic sheeting (CTPS) or indoor residual spraying (IRS) on the control of pyrethroid-resistant malaria vectors. Anopheles gambiae from the area is resistant to the insecticide pyrethroid and to a lesser extent, carbamates. Resistance is particularly strong in West Africa.

Djenontin told word.edu “Previous studies that combine different insecticides for insecticide resistance management (IRM) in malaria vectors used non pyrethroid insecticides on bed net. Due to the toxicological profile on these non pyrethroid net insecticides, their use on bed at operational scale could pose safety problem for children users.”
“We also demonstrated that the efficacy of bendiocarb is better on plastic sheeting than that when it is used for classic Indoor Residual Spraying (IRS). More the implementation at operational scale of CTPS is easier than the implementation of IRS.”, Djenontin added

“This IRM is under investigated at operational scale in 28 villages in the south of Benin and results will be published soon.” Djenontin pointed out.

Morad Ahmed Morad, a professor of medicine at Egypt-based Tanta University, welcomed the new development.
“This insecticide ‘wallpaper’ could be a cheap, efficient, environment friendly as well as human friendly alternative to insecticides house spraying for malaria control as it does not need costly frequent applications and does not threaten children\’s health due to toxic emanations ” Morad told world.edu