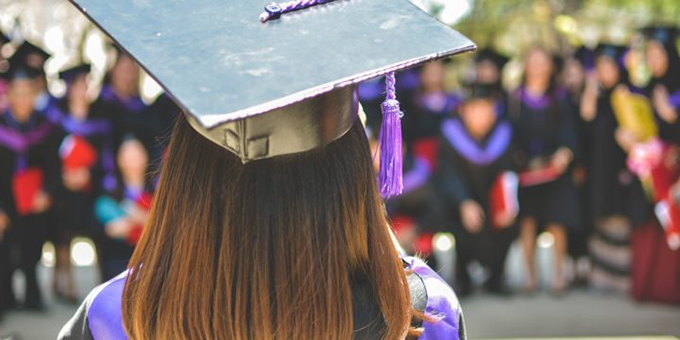 Levine’s indictment of education school teaching has legs. The teaching of teachers is in a serious disarray. Requirements and standards for the master’s degree in education, the recognized certification credential for US public school teaching, vary wildly from university to university. And the effects of such variations ripple through the entire K-12 education system.

There is no doubt that education schools have faced some special difficulties. The number of master’s degrees in education awarded in the US has more than doubled since 1990. This increase has brought more attention to the problems with these degrees.

But these concerns should also draw our attention to a larger problem with the teaching in graduate schools in general.

The problems with graduate schools of education are not new. A brief look at the history of the education school doctorate shows how far back they extend.

From the beginning, the two were hard to tell apart. The EdD programs tended to require research work — including a dissertation — similar to what was performed in PhD programs, but with fewer other requirements.

By 1983, there were 167 schools in the US that were awarding both degrees. The EdD was typically looked down upon — but only by those who could tell the difference between the two. Lee S Shulman, while serving as president of the Carnegie Foundation for the Advancement of Teaching, not long ago called the EdD a “PhD-lite.”

A 2007 initiative to reinvent the EdD found educators muttering the same complaints they always had about the close resemblance between the EdD and the education PhD. We need, said one, “to invest the time to really look seriously at the distinction between them.” To the extent that they could be told apart, the only real difference was that the EdD was considered to be less substantial and less valuable.

Such criticism slowly dragged the EdD down. In 2012, Harvard discontinued the degree, in this case following the lead of other institutions that had given it up first. The EdD now straggles along at a small number of universities.

The story of the EdD is an embarrassing tale of bad planning, but at bottom, it’s about poor teaching. But such badly planned and executed graduate teaching is by no means restricted to ed schools.

Poor teaching afflicts graduate programs in the liberal arts generally — and its results challenge the meaning of the whole enterprise of higher education.

My new book, The Graduate School Mess, describes how the effects of bad teaching extend far beyond graduate programs.

When I say bad teaching, I don’t mean just what happens in the classroom. Graduate students learn in labs, through their own undergraduate teaching and on their own. But they need guidance. They receive it only through graduate programs that are rationally designed to meet graduate students’ needs and help move them toward their goals.

Graduate school in the US isn’t meeting the needs of its students right now. And here’s why:

The time taken to do the PhD degree has bloated in all fields. (It approaches nine years in the humanities.) The standard graduate curriculum is designed to prepare graduate students for jobs at research universities, where teaching loads are low and the expectation is that professors will focus on publication ahead of teaching.

The fact is most doctoral students won’t ever get those fancy jobs. The majority of American professorships are at colleges and universities with higher courseloads and an expectation that professors will commit themselves to teaching.

But most graduate programs don’t adjust their teaching of graduate students to reflect this fact. Consequently, their education is preparing them for work that most of them won’t ever get.

The results vary by field, but most PhDs who labor for years in the hope of a tenure-track professorship have less than a 50% chance of getting one.

Teaching-intensive jobs outnumber the research-centered ones. As a result, unsuccessful seekers of professorships populate a large, angry and embittered adjunct faculty whose low-wage labor has become necessary to the bottom line of many public universities.

These problems, which connect to many others, are essentially a failure of teaching.

Studies show that graduate school in the arts and sciences leaves students confused and bewildered about the value and purpose of what they are learning. They know how competitive the academic job market is, and they feel unprepared to succeed in it.

They also feel unprepared for nonacademic alternatives, because graduate schools in the arts and sciences focus their curriculum on replication: professors at research universities essentially prepare students to become mini-me’s, younger versions of themselves.

Thus, graduate schools fail to prepare students for the full range of jobs that are open to them, both inside and outside of the university.

Even worse, it’s not just that graduate school professors fail to prepare students for the jobs that they will actually compete for when they graduate. The reality is, they teach them not to value those jobs — and in extreme cases, not to even want them at all.

When graduate schools teach students to disrespect the jobs that they can get, they are teaching students to be unhappy — and that’s the worst kind of bad teaching.

These practices stem from a university culture that rewards research and treats teaching as a necessary sidecar.

Ever since research universities sprouted in America in the decades following the Civil War, their proponents have lavished support on the PhD as a research degree and devalued the kind of graduate education that prepares students to go out and become teachers.

“Where ten seek the doctorate,” wrote the Michigan graduate dean Alfred H Lloyd in 1924, “hundreds would be masters.” For Lloyd, educating master’s degree students was “superficial.”

For generations, the culture of research has dismissed the work that most graduate students actually wind up doing. This attitude could be camouflaged during times of growth of American higher education, when academic jobs and other resources were more plentiful.

Now, at a time of financial constraint, universities need to understand that graduate school is not just about producing research. It’s also about graduating students who are not only qualified for different kinds of jobs but also interested in doing them.

Academia is conservative (with a small “c,” meaning that it’s slow to change), and rightly so. We wouldn’t want higher education to be buffeted about by the latest fads. But graduate education is conservative even by academic standards — which qualifies it as fossilized.

Arthur Levine’s experimental, mostly online program looks sketchy to his critics, but at least he’s trying something. It’s time that the larger graduate school enterprise tried to do something new as well. I don’t mean that graduate school should shift to an online model – it needs to be more small-scale than that. Graduate school must respond to the actual needs that graduate students have as people with professional lives.

There have lately been movements toward reform within the graduate school establishment. Some disciplinary organizations and individual institutions in the arts and sciences are trying to help graduate students finish sooner and understand the range of career options before them.

But the job ahead is difficult because of the academic value system: professors and would-be professors everywhere are judged according to the standards of research culture. For faculty, and graduate students in their turn, research is the coin of the realm. That has given an advantage to research culture over the years against competing views of higher education. That means that even at small colleges where teaching matters most, research determines status, rank and merit.

Universities need not abandon their research mission if they keep in mind that graduate education, like all education, requires thoughtful teaching. If they do so, they have a chance of bringing their houses back into order.

Good graduate teaching will help make a difference where it matters most. It will improve the lives of universities\’ least powerful citizens: their graduate students.

Author Bio:Leonard Cassuto is Professor of English at Fordham University