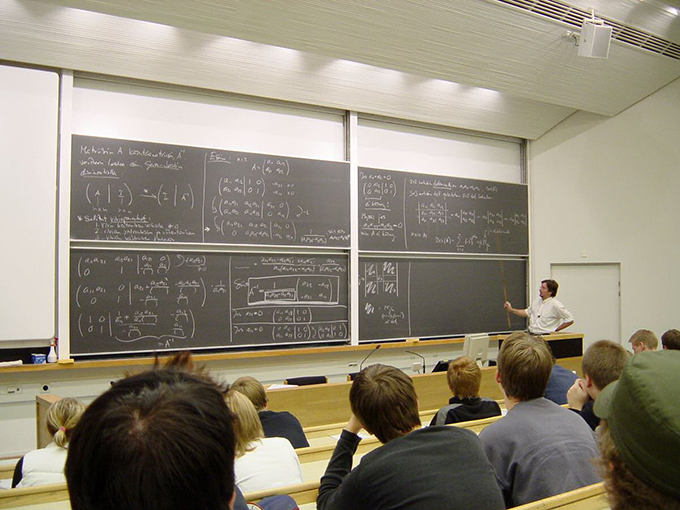 The incoming British prime minister Theresa May has outlined a vision of a country that “works not for the privileged few but that works for every one of us … because we’re going to give people control over their lives”. A good place for her to start would be to make sure that the government sticks to its promise to implement the 34 recommendations set out in a new report that aims to radically simplify the education choices available for people after age 16.

The Sainsbury report, published on July 8, sets out a blueprint for technical education for young people and adults. The report is wide-ranging and ambitious, with recommendations that cover many aspects of the way education is provided. The government’s Post-16 Skills Plan, published on the same day, says the Sainsbury recommendation will be accepted “unequivocally where that is possible within existing budgets”.>/p>

Nowhere is reform more necessary than in the options for 16-year-olds, after they finish their GCSE exams, as my colleagues and I have outlined in a new paper. As it currently stands, the system is obtuse – even for us “experts”.

There are thousands of qualifications available for 16- to 18-year-olds and it is hard to classify available options into sensible groupings, especially for lower levels of learning – what is called Level 2 and below. Many students who do not get a grade C in English and/or maths at GCSE start at a further education college the following year and undertake a Level 2 vocational course as well as studying (again) for their English or maths GCSE.

The menu of options for them is diverse and the progression paths unclear. We followed a whole cohort of students who undertook their GCSEs in 2009-10. Fewer than half of those pursuing a Level 2 vocational course at age 17 progressed to a Level 3 qualification by the age of 20. Thousands of students pursued low-level courses for consecutive years.

A lack of careers information and advice is often criticised in the English education system. But it’s a wonder that anybody can make sense of the current hotchpotch of options available for 16-year-olds. It’s amazing that in a country where fewer than 40% of students complete A-Levels, options for the rest are so little pored over and debated in the media. Perhaps it is because the 13,000 qualifications available for young people are too many for anyone to make sense of.

The academic route at age 16 would either be A-Levels or advanced level Applied Generals – or some combination of the two. The technical option would consist of 15 routes, which are based on occupational groupings. These range from construction or engineering and manufacturing to hair and beauty or catering and hospitality. Each route would have a “common core”, including English and maths. At the outset, it would be possible to visualise where these routes might lead in terms of educational progression and potential employment.

The technical option would either be employment-based (most commonly delivered via an apprenticeship, with at least 20% of the time spent learning off-the-job) or full-time college-based. Both the government and employers will be involved in the curriculum. While the government needs to design the overall national system of technical education, employers will construct a single common framework for standards. These standards need to define the knowledge, skills and behaviours for specific occupations and not narrow requirements of particular jobs. To make this happen, a key role is envisaged for a new Institute of Apprenticeships, due to launch in 2017.

Rather than continue with thousands of qualifications, the report recommends that any technical education qualification at Level 2 and 3 should be offered by a single body or consortium under a license. These licences will be awarded for a fixed period of time following an open competition.

Similar issues apply to higher levels of technical qualification (Levels 4 and above) and the report makes similar recommendations regarding the simplification of the landscape and the involvement of employers in setting standards. Yet, here the baseline is fairly thin with few young people getting to this level of education: among the cohort that took their GCSEs in 2009-10, only 4% had started some sort of higher technical education by age 20.

A shortage of intermediate skills is a problem in the economy generally, with the UK predicted to rate 28th out of 33 OECD countries in this respect by 2020. Immigrants provide a vital part of the British workforce. If there are going to be fewer of them in the future, following the recent vote to leave the European Union, then upskilling the existing workforce is even more important. If not, Britain risks further lowering its productivity, which is already low by international standards.

The Sainsbury report has recommendations for adults, too, suggesting for example that the same choices should be available for them as for young people – and could be facilitated by the existing system of advanced learner loans.

The report requires nothing less than a radical shake-up and simplification of the system of technical education. It is not before time. Let’s hope all its recommendations are implemented.

Author Bio:Sandra McNally is a Professor in the School of Economics at the University of Surrey