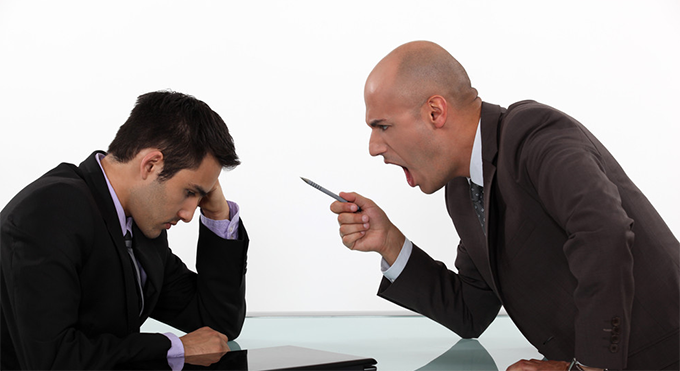 After two years of hard work, I was being fired. At least, that was what I could deduce from the torrent of bizarre, irrational emails with which my boss had terrorised my inbox during the five days I had been away from her Canadian laboratory. Confusion as to my whereabouts led to a panicked request to meet and, ultimately, to the early termination of my contract.

My boss’s stipulated reasons, I later learned, included our “deep relationship crisis”. That bit, at least, was accurate. Working with her was hard. Two of her PhD students had recently quit on account of her harassing emails, her frequent, furtive visits to the lab to check who was there, and the tears that meetings with her often provoked.

My own relationship with her, as one of her postdoctoral researchers, was no easier.

My ability to trust her was first undermined when she contemplated accusing a former colleague of fraud without any tangible evidence. And my feelings towards her became particularly conflicted after she expressed concern that I might be poisoned while visiting my co-supervisor at the university she had recently left.

Although deeply unsettling, this paranoia wasn’t completely unexplained. On my first day, she had told me about the sudden, mysterious death of the postdoc whose project I was taking over. He had been discovered on the back steps of his apartment building and everyone was clearly troubled by it; poisoning wasn’t the only hypothesis.

Even more bizarrely, my boss apparently believed that a pendant given to her by a graduate student had prevented her own death by deflecting the unexplained curse on to the postdoc. Hearing a senior scientist express such superstition was highly disturbing.

I knew the poisoning hypothesis was outlandish, but when paranoia is all around you, it inevitably seeps through your defences. I felt a wave of panic after accidentally leaving a bottle of water briefly unattended during the trip to my co-supervisor’s university. And I tactfully refused the coffee offered by one of his graduate students. Towards the end of my time in my boss’s lab, I wouldn’t leave any drink unguarded in the office. Poisoning was evidently a valid scenario in her eyes, and I feared my death would present an ideal solution to the breakdown in our relationship.

Her attempt to fire me while I was away attending a wedding was not her first. A few months earlier, two days before I was due to begin a two-week unpaid vacation to visit my family in the UK, a chillingly formal email, addressed to both myself and the university administration, had announced that my latest contract was being terminated three months early on the grounds that she had miscalculated how much funding she had.

That contract had been agreed only six months previously. I hadn’t wanted to sign it. I had got used to her crippling insults and anxieties; when she told me I was no better at science than a five-year-old, I had simply nodded. But I was desperate to leave what had become a toxic and debilitating environment (one student found salvation in a vodka bottle; another gave up sleeping). A cancer diagnosis quite dramatically changed my priorities, however, and my boss offered me a contract whose length reflected the state of her finances. The two weeks of unpaid holiday written into it were intended as a restorative trip once I had recovered from surgery.

After her second attempt to dispose of me, a meeting with the associate dean of the department was arranged. Asked to explain her behaviour, my boss played the martyr card. Renewing my contract had been an act of pure kindness given my health problems and desire to stay in Canada.

Through an onslaught of emails sent irrespective of day or time, she then attempted to emotionally blackmail me into leaving of my own accord. If I hadn’t been so incompetent, we wouldn’t be in this position, she argued, because we would have attracted more funding. I agonised over whether it was reasonable to expect my contract to be honoured and whether I was the one at fault. But the chair of the department and a private lawyer both confirmed that my boss’s behaviour was, respectively, “totally inappropriate” and “highly unprofessional”.

Apparently unaware of her obligation to provide notice and justification of termination, she asked me to clear my desk when I returned from the wedding. Hence, for reasons never explained, I was required to spend the last months of my contract masquerading as a retired professor in the emeritus office, hidden away in a dark, obscure corner of the department.

There was zero prospect of a new contract, but I didn’t care. I had diminished over those long months in that lab like a flame starved of oxygen. I had to keep reminding myself that I was awarded the top prize in my undergraduate class, that I gained a dean’s commendation for my master’s and that I still maintained a healthy relationship with my PhD supervisor.

Now I’m working in a new research group, whose members smile and laugh in meetings that involve productive conversations about science. Slowly, the bell jar is lifting and I’m breathing new air, free of paranoia, distrust and misery.

But I’m still frustrated by the tolerance universities show towards manipulative and abusive supervisors. By speaking out, I put my career at stake. Yet she is still allowed to hire new students and conduct business as usual. That students and postdocs can be so expendable and professors so untouchable is completely unjust. Greater protection for those at risk, and greater accountability for those with a duty of care, is urgently needed, before the poison of exploitation further depletes the body scientific.

The author is a postdoctoral researcher in genetics.