We live in a world that loves its personal devices … in some cases, very personal.

Sales of sex toys are booming, with an estimated 1 million items bought by Australians every year, and the number is only forecast to grow. But quality is not keeping pace with quantity, leaving a massive gap in the market for well-designed, high-value products.

The money … is with the over-50s female market, and it’s not being catered for because society doesn’t want to think of women as sexual figures at that age.

RMIT lecturer, Judith Glover, believes she has at least part of the solution – one that might even position Australia at the forefront of a surging industry. 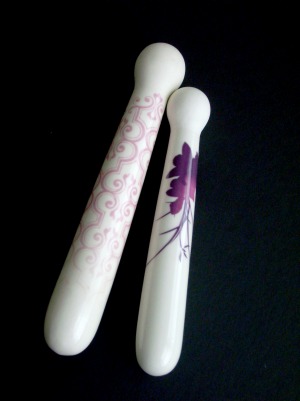 “I get a bit frustrated because you go to the Milan Furniture Fair and there’s another thousand chairs, but there’s no product for male erectile dysfunction, which is a massive relationship killer,” Dr Glover said.

“My idea was to bring proper industrial design principles to the sex industry, and challenge the large players who were recycling the same tired old products and ideas.”

Dr Glover believes she has the world’s only PhD in sex toy design. Her doctorate focused on the role industrial design methods should play in crafting safe, user-friendly sex products. She believes there’s a new buzz in the industry, pointing to a ready supply of cashed-up, discerning female consumers fuelling demand for better designs.

“The money … is with the over-50s female market, and it’s not being catered for because society doesn’t want to think of women as sexual figures at that age,” she said.

The market is potentially huge – a Hewson Group research report titled Women, Sex and Shopping, estimated substandard products, misdirected advertising and adult industry indifference to female consumers meant there could be $US30 billion of unmet demand.

Ms Cullen, 26, first became interested in sex toy design during a trip to Copenhagen in 2013, where she worked with 3D printing start-ups based out of hacker spaces in the Danish capital.

“I was interested in what customers of these start-ups were saying, and how open people in Copenhagen felt about sex generally, so I researched the industry and discovered the way it works,” Ms Cullen said.

Moving to Melbourne later that year she met Dr Glover, and together they created the Future Sex studio, combining sexual function and health with industrial design methods.

“We basically gave students free rein to make what they wanted; in this studio they had the chance to really design something quite innovative,” Dr Glover said.

Student Beatrice Preston Zly, 21, said the course opened her eyes to the market possibilities for sex design as she researched her topic of sexual stress in young women.

“I learnt a lot about sexual trauma – for women sex is very connected to the brain – and the ways to make the connection stronger using scent, sound and meditation,” she said.

Sex Party federal MP Fiona Patten, former CEO of the Eros Association, said the boom in the industry had a long way to run.

“Generally vibrators and sex toys are not something people latch on to when they first start to be sexually active. With that ageing population we are seeing a growth in sex toys.

“In the early ’90s most vibrators featured big veins … these days you could have one on your coffee table and no one would know what it was … there are colours to to match every decor.”

Dr Glover said though designers are starting to make their mark in the industry, there’s still a long way to go.

“By 2008 (designers) captured about 8 per cent of the market,” Dr Glover said. “That’s not much, but globally they’re competing against giant American companies who’ve been around since the 1970s.”

Most of these designers are based in north-western Europe, but in time it’s hoped that by creating high-quality, innovative products Australian designers can gain a foothold and earn a slice of the market and make the world a happier place at the same time.

“The importance of sexual health across your whole life is huge. Some people start off with problems they never lose and have to deal with, which causes mental health issues,” Dr Glover said.

“How you feel about your sexual function is fundamental to a person’s sense of happiness.”