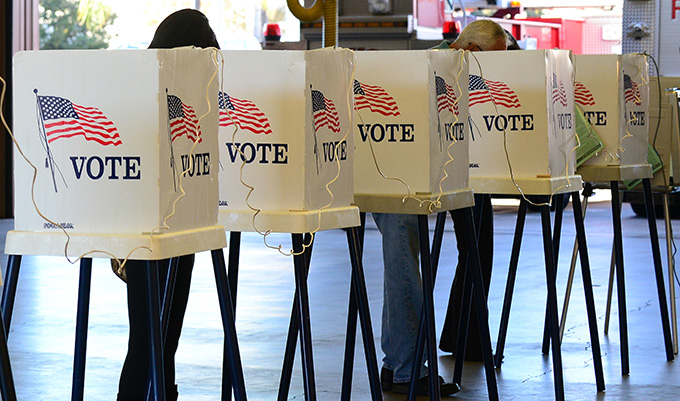 The horror, the horror! Kurtz’s last words in Joseph Conrad’s Heart of Darkness do no justice to the outcome. Even now, a week after the US presidential election, Georgetown University types wander ashen-faced like zombies. Hollowed-out shells of their former selves.

Occasionally one congratulates me sardonically for having called the result correctly in a previous Times Higher Education blog. “Though I wish I hadn’t,” I respond. They look dourly at me in disbelief.

Why did it happen? One version of the argument points to America’s hopelessly polarised society: 53 per cent of the population made less than $30,000 (£23,800) last year; by comparison, the average household income in Georgetown was just short of $150,000 (£119,000). A people so starkly divided could hardly be expected to speak with one voice.

But it would be arrant snobbery to dismiss Trump supporters as chainsaw-wielding bumpkins – white, male, and irredeemably stupid. Those who got him to the White House included 45 per cent of female and 54 per cent of male college graduates. Furthermore, 23 per cent of college-educated non-whites voted for him. That is to say, Trump was boosted to power in part by male, female, white and non-white voters with a university education, some of whom must live in Georgetown.

In a rare spasm of grammatical coherence, Trump has warned US universities that they must work harder to “control costs and invest their resources in their students”. That may have appealed to those still paying off their student loans. The cost of educating oneself at Georgetown University stands at an average of $70,000 (£55,500) for the present academic year (though it should be noted that Georgetown is generous to students requiring financial assistance, some scholarships amounting to $60,000).

But that can’t be the whole story. Trump’s crude rants, as obnoxious as unprocessed sewage, on a range of subjects including Mexicans (“rapists”), his opponent (“she’s unhinged”), Marco Rubio (“he sweats”), climate change (“we could use a big fat dose of global warming”), Ben Carson (“he has a pathological temper”), torture (“it works!”), Putin (“he called me a genius”), women who have abortions (“there has to be some form of punishment for them”), John Kasich (“a stubborn guy who eats like a slob”), refugees suspected of terrorism (“they’re taking over our children”), the election (“rigged”), Obama (“he’s the founder of ISIS”), and so much else, was permeated with something no one had previously heard from a politician: impatience with the governing classes.

They asked for it. After all, the Republicans’ refusal to work with the president shut down the government for more than two weeks in 2013, and obstructed progress on the infrastructure bill of 2011, the highway bill of 2012, and the bipartisan transportation and housing bill of 2013, to name a few.

In a sane world Obama would be praised for the Affordable Care Act, which provides health coverage for 32 million people; the stimulus package of 2009, which reduced unemployment; the strengthening of financial regulation and consumer protection; the end of the war in Iraq; the rejuvenation of the US car industry; the repeal of the “don’t ask, don’t tell” policy in the military; the defenestration of Gaddafi; the end of government-endorsed torture in Guantanamo Bay; increased assistance for veterans; the closure of the most polluting power stations – the list could go on.

But for many in this country, Obama will always be the man who consigned America to the compost bucket because, at least for now, Trump’s view of the past eight years is the one they have chosen to credit.

It would be wrong to conclude that the millions of graduates who agreed with him indulged a streak of gullibility as wide as the Santa Monica freeway, and more accurate to observe that their acceptance of his vision hints at an inability to decode his brand of rhetoric, intoxicated as it was with self-esteem, xenophobia, misogyny and its own bludgeoning certitudes.

But then, no one has previously encountered a candidate like Donald Trump, and no decoding apparatus existed other than the defensiveness of politicians on both sides.

For that reason, it is irrelevant that Trump is no more an outsider than Clinton, that his Tango-tinted face resembles the end result of some terrible experiment with atomic radiation, or that he is a celebrity plutocrat whose qualifications to govern are equal to those of his alter ego, Alec Baldwin.

Thanks in part to college graduates, Trump and his retinue of offspring, concubines, accusers and allies (which include Tony Bennett, Puff Daddy, and Vladimir Putin) are now destined for the White House. His straight-talking hog-butcher materialism won him the election; how soon will he adopt the glib, mannered windbaggery of the professional politician, whose ranks he is shortly to join?

Only time will tell.