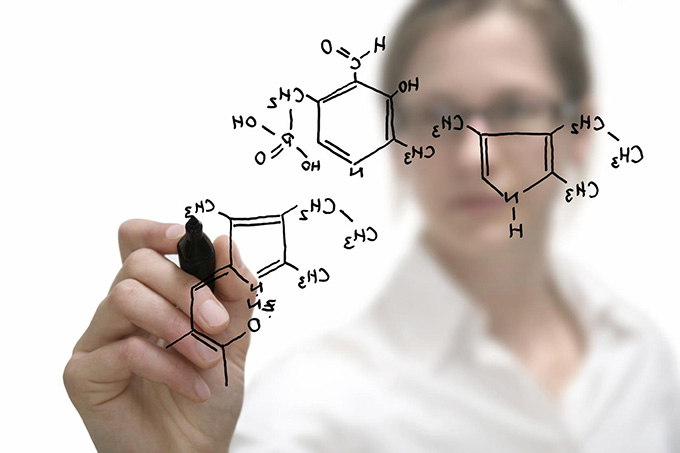 Children learn to associate science with men at early ages. Over 40 years ago, less than 1% of American and Canadian elementary school children drew a woman when asked to draw a scientist. My latest research, published in Journal of Educational Psychology, shows that gender-science stereotypes persist even now, worldwide.

Using data from nearly 350,000 people in 66 nations, my colleagues and I found that these stereotypes prevail even in supposedly “gender-equal” nations like Norway and Sweden. These stereotypes matter because they can cause actions such as comments that overlook female scientists and hiring biases that favor men in some contexts.

Identifying the extent of the issue is one thing. It is another matter to learn how to change these beliefs so they reflect the diversity of actual scientists – and the children of both sexes who hope to grow up to join them.

Screenshot from the Implicit Association Test. Most participants implicitly associate science with men and can therefore categorize words faster when the Science word category is paired with Male than Female. These faster response times are thought to reflect implicit stereotypes, which tend to be more automatic and less conscious than explicit stereotypes. implicit.harvard.edu, CC BY-NC-ND

My website has an interactive table with rankings for all nations. For implicit stereotypes, the US ranked in the middle at number 38 out of 66 nations, for instance. The UK was close by at number 33, while Australia was number 28, meaning implicit stereotypes associating science with men were stronger there.

Simone Buitendijk, vice-rector at Leiden University in the Netherlands and a gender equity scholar, told me that she is not surprised, but nevertheless deeply concerned. “It is very much part of Dutch culture to see men as breadwinners and women as caretakers first,” she said.

The strong Dutch stereotypes reflect the male dominance in science there. Dutch men outnumber Dutch women by roughly 4:1 among science majors, for instance. “It will take a concerted effort by government, funding agencies and university leaders to change the situation,” Buitendijk argued.

These data might suggest to some that stereotypes merely reflect reality. However, the data paint a more complex picture. People linked science with men even in nations such as Argentina and Bulgaria where women are approximately half of science majors and researchers.

Curt Rice, head of Norway’s Committee on Gender Balance and Diversity in Research, told me how these international findings relate to a “gender equality paradox” sometimes discussed in Scandinavia. On one hand, Scandinavian nations have small gender gaps in labor force participation rates. “But we have tremendous sex-based segregation in the careers,” he said.

Highlighting examples of female scientists might help to weaken these pervasive stereotypes. For instance, in Norway, Rice plans to advance initiatives that enhance the visibility of female science professors through his upcoming role as President of the Oslo and Akershus University College of Applied Sciences.

Empirical data, however, suggest that female professors often have limited effects on students’ gender-science stereotypes. “Simply taking a college mathematics course from female instructors is generally not sufficient to change stereotypes,” notes my co-author Alice Eagly, a professor of psychology at Northwestern University.

According to one study, taking chemistry and engineering courses from female versus male professors can even strengthen gender-science stereotypes if students do not identify with the professors.

Related research suggests that the attitudes and messages that teachers convey can be more important than the teachers’ gender. In one study, for instance, kindergarten girls endorsed gender-math stereotypes if their female teacher was anxious about mathematics.

More optimistically, educators could help weaken stereotypes by engaging students in analyzing varied examples of female scientists, argues Marcia Linn, the other co-author of my study and professor of cognition and development at University of California, Berkeley. “Students reconsider who pursues science when they can compare examples of female scientists and reflect on their beliefs,” she says.

Integrating stories about scientists into classroom instruction could have other benefits too. In one experiment, for instance, learning how scientists struggled in their research increased students’ content understanding and interest in science.

Seeing female peers in science might also help weaken stereotypes. Explicit gender-science stereotypes, for instance, are weaker among students in more gender-balanced science majors like biology than male-dominated majors like physics, according to new research published in Frontiers in Psychology. However, the data on peers are also complex. Implicit gender-science stereotypes are roughly the same among physical and biological science majors, for instance.

These studies reflect how firm gender-science stereotypes are, consistent with the Greek root “stereos” meaning “solid, firm.” Our cross-national findings nevertheless suggest optimism that stereotypes can change as people see more women in science. But changing cultural beliefs will be a slow process.

To accelerate cultural change, we need to move beyond heralding single examples of eminent female scientists such as Marie Curie. We even need to move beyond creating lists of accomplished female scientists, and instead directly integrate those examples into diverse cultural messages. Most recently, Disney Junior announced it will work with Google and NASA to create TV characters of both young boys and girls interested in coding and space science.

I applaud such efforts, but more needs to be done to integrate female scientists into other cultural artifacts such as news articles, movies, and textbooks. These efforts are needed so that it’s not seen as atypical to discuss a woman scientist.

Author Bio:David Miller is a Doctoral Student in Psychology at Northwestern University