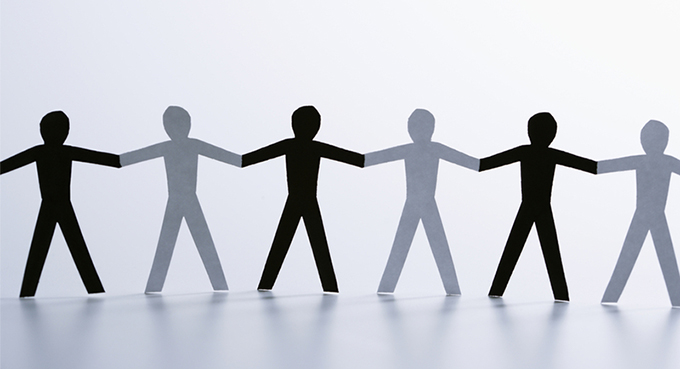 The Supreme Court’s ruling in Fisher v University of Texas, an affirmative action case the Court is currently deciding, will dictate whether public colleges’ and universities’ use of race to create diverse learning environments is constitutional.

Sixty years ago, the University of Texas (UT) was at the center of another Supreme Court decision, Sweatt v Painter, a lawsuit involving UT Law School’s refusal to admit Heman Marion Sweatt, a black applicant.

In Fisher v University of Texas, UT’s admissions policy is being challenged again, but this time for its use of race to diversify its student body. Some expect this case to decide the fate of affirmative action.

My scholarship focuses on educational equity and the educational value of racial diversity at the college level. I believe that at the heart of the debate around diversity is the question: how much diversity is enough?

What are the origins of affirmative action?

Affirmative action was a response to pervasive racial discrimination.

However, it was not until the Supreme Court decision in Regents of the University of California v Bakke in 1978 that race was formally recognized as an aspect of educational diversity.

At the time, the University of California had set aside 16 out of 100 seats in its medical school for disadvantaged minority students. The policy was challenged by Allan Bakke, a white applicant, who was twice denied admission.

This was the first time educational diversity was considered as a constitutional justification for the use of race in admissions. A majority of the Justices held that the Equal Protection Clause of the Fourteenth Amendment (which protects against racial discrimination by the government) required any use of race, whether to remedy discrimination or to achieve educational diversity, to be subject to strict constitutional review.

Students calling for diversity protest outside the US Supreme Court in Washington, DC. Jose Luis Magaua/Reuters

The atmosphere of ‘speculation, experiment and creation’ – so essential to the quality of higher education – is widely believed to be promoted by a diverse student body.

Consideration of race to achieve the educational benefits of racial diversity in the admissions processes of the university was determined to be constitutional. However, setting aside a specific number of seats for students of color was ruled an unconstitutional quota.

To that end, they implemented admissions practices that considered race, among a broad array of factors, in their admissions calculus.

UT Law School created an admissions formula that relied on an “academic index” based primarily on standardized test scores and grades. Race was considered as a separate “plus factor” to further diversify the student body.

Then, in 1992, Cheryl Hopwood, one of several white applicants denied admission, challenged the school’s use of race in its admissions decisions as unconstitutional.

She argued that she had better test scores and a higher grade point average than admitted minority applicants. Hopwood claimed that the school’s admissions policy discriminated against her because she was white, in violation of her equal protection rights.

The Fifth Federal Circuit Court of Appeals ruled in Hopwood v Texas that Justice Powell’s determination about educational diversity was not binding. The court prohibited the consideration of race in admissions processes at UT and other public universities and colleges in Texas.

It continued to employ the “academic index” and added the “personal achievement index,” a metric which considers a variety of factors relevant to a student’s background and capacity to contribute to educational diversity, without explicitly considering race.

In addition, in 1997 the Texas Legislature adopted the Top Ten Percent Law, which grants automatic admission to any public state institution to all students who graduate in the top 10% of their high school class.

Then in 2003 the Fifth Circuit’s prohibition on the use of race in admissions was overruled by the Supreme Court’s decision in Grutter v Bollinger.

Barbara Grutter, a white applicant, was denied admission to the University of Michigan Law School. She challenged the school’s use of race in its admissions process as racially discriminatory and as violating her equal protection rights.

A majority of the Court rejected her claim and endorsed Justice Powell’s acknowledgment of educational diversity as a compelling state interest. Justice Sandra Day O’Connor made clear in the decision that “narrow tailoring does not require exhaustion of every conceivable race-neutral alternative” and ruled that Michigan’s consideration of race, as one of many factors relevant to educational diversity, was constitutional.

The decision in Grutter freed UT to resume explicit use of race as a “plus factor” in its admissions processes. Race was included as part of “personal achievement index.”

Then in 2008, Abigail Fisher, a white applicant denied admission to UT, challenged the school’s admissions policy as racially discriminatory. In 2009, a federal trial court ruled in favor of UT and dismissed the case.

The Fifth Circuit affirmed that decision, and Fisher appealed to the Supreme Court. The Court sent the case back to the Fifth Circuit for a more rigorous assessment of whether UT Austin needed to consider race in admissions to diversify its student body.

The Fifth Circuit, following the Supreme Court’s instructions, examined carefully UT’s race-neutral admissions efforts to achieve racial diversity. It found that those efforts were not sufficient to achieve a critical mass of diverse students.

The court held that UT’s explicit use of race in deciding whom to admit, given the absence of workable race-neutral alternatives, was constitutional.

So, as the court takes up the Fisher v University of Texas case for the second time, at the heart of the debate around diversity is the query – how much diversity is enough?

Fisher, who has since graduated from Louisiana State University, argues that post-Hopwood and pre-Grutter, when the use of race was prohibited, enrollment of students of color eventually reached pre-Hopwood heights.

Consequently, she asserts, there was no reason to return to a race-conscious admission process.

She further contends that after race was reintroduced into the admissions formula, it netted only a negligible increase in the number of enrolled black and Latino students. Therefore, she concludes, it was neither necessary nor constitutional.

UT contends that schools have the institutional discretion and expertise to determine how much diversity is enough to yield educational benefits. UT also argues that the number of enrolled black and Latino students produced by race-neutral means, even if comparable to pre-Hopwood rates, is not sufficient to constitute a critical mass of diverse students.

Accordingly, UT maintains, its use of race is constitutional.

The use of race may survive the battle if the Supreme Court deems UT’s admissions program constitutional. However, even if UT prevails, the Court’s requirement that a school exhaust all available race-neutral means of achieving racial diversity prior to considering race could create an insurmountable obstacle for many other colleges and universities.

In that case, affirmative action would ultimately lose the war.

Author Bio:Tanya Washington is a Professor of Law at the Georgia State University