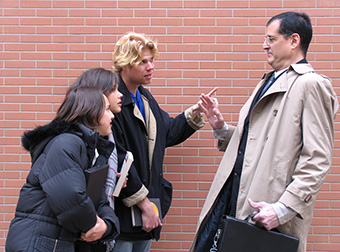 This past week, I actually had a student come forward after a university chapel service and complain because he felt “victimized” by a sermon on the topic of 1 Corinthians 13. It appears that this young scholar felt offended because a homily on love made him feel bad for not showing love. In his mind, the speaker was wrong for making him, and his peers, feel uncomfortable.

I’m not making this up. Our culture has actually taught our kids to be this self-absorbed and narcissistic. Any time their feelings are hurt, they are the victims. Anyone who dares challenge them and, thus, makes them “feel bad” about themselves, is a “hater,” a “bigot,” an “oppressor,” and a “victimizer.”

I have a message for this young man and all others who care to listen. That feeling of discomfort you have after listening to a sermon is called a conscience. An altar call is supposed to make you feel bad. It is supposed to make you feel guilty. The goal of many a good sermon is to get you to confess your sins—not coddle you in your selfishness. The primary objective of the Church and the Christian faith is your confession, not your self-actualization.

So here’s my advice:

At OKWU, we teach you to be selfless rather than self-centered. We are more interested in you practicing personal forgiveness than political revenge. We want you to model interpersonal reconciliation rather than foment personal conflict. We believe the content of your character is more important than the color of your skin. We don’t believe that you have been victimized every time you feel guilty and we don’t issue “trigger warnings” before altar calls.

This is not a day care. This is a university!