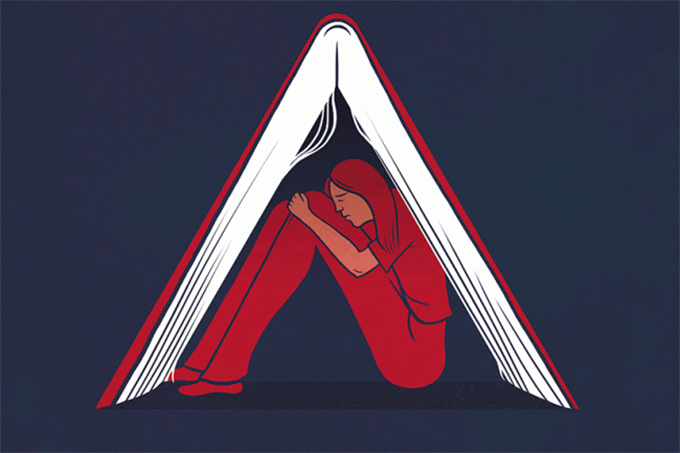 Judging from recent reports, one might think that trigger warnings—alerts about classroom material involving pedophilia, rape, and other disturbing topics—are the latest threat to civilization.

To their credit, the warnings about trigger warnings are not entirely without merit, in that we do indeed need to guard our academic freedoms (which are not always and everywhere guaranteed), and sometimes people can take on a kind of learned helplessness or victimhood.  It’s just that these objections do not apply to trigger warnings as a whole.

In the course of things, there seem to have been some instances of abuse, but then one can always accumulate such anecdotes.  For example, one could create a list of crazy and dangerous professors who are Holocaust deniers, sexual predators, racists, misogynists, reckless drivers, animal abusers, and plagiarists, but these are not representative of the profession.  No more are the majority of students who ask for trigger warnings crazed teenagers agitating for attention and demanding a world without risk.  A view of trigger warnings that allows abuses and extreme cases to lead the way is to fall prey to the very emotional thinking that trigger warning opponents caution against.

My own sense of what students are saying comes from my years of interaction with undergraduates at my home institution, a small liberal arts college in the Pacific Northwest.  Although it may be that no single campus is fully representative, I doubt that ours is exceptional.

According to what I gather from our students, there is no threat to academic freedom because trigger warnings have nothing to do with removing works from the curriculum.  Rather, the issue is about providing a heads-up that some material may be difficult, especially for people who have experienced severe trouble in their lives.  Radio and television programs have done this kind of thing for years: The following program contains material that may be disturbing to some viewers.  There is hardly anything new in this.

Perhaps there are some uncomfortable with this kind of formulaic approach, but here’s a secret about trigger warnings: you don’t have to use a formula; you don’t even have to say the words “trigger warning.”  “This novel has some troubling episodes concerning race”—that’s a trigger warning.  “This poem deals with sexual assault”—that’s another one.  From there its up to each student to decide what to do.

A good reason to provide these alerts is that not everyone gets to have a trauma-free upbringing.  A former student who is now my good friend underwent sexual trafficking as a child; some of the other children involved did not survive.  It would be understandable were certain works to set off a reaction in someone with a background like my friend’s.  Lolita, for example, is a brilliant novel but disturbing from start to finish, even for many who are not trauma survivors.  In the midst of flashbacks, intrusive memories, accelerating heart rate, and labored breath, it can be difficult to focus on even the most dazzling of prose styles.  Of course, not everyone has experienced something as extreme as my friend.  The point is that many of our fellow beings carry baggage that is not clearly labeled, whatever its weight.

Some have suggested that exposure to what can trigger is a good way to heal, to get past the anxiety and panic.  Again, there is something to the idea, but exposure therapy works when the person undergoing treatment is in a position to say when enough, for the moment, is enough.  A trigger warning merely provides the option.  Besides, such therapy is for a professional to undertake, one with training that few professors have.  I wouldn’t want to turn my classroom into an experiment in a therapy I’m not qualified to administer.

As one student said in a public discussion, part of what should accompany this kind of alert is the implicit permission to get up and leave the room if the material proves to be too troubling.  It isn’t that the student is a bad person, or even a bad student, just someone who needs a break for very personal reasons.  It’s a very small disturbance, someone getting up and walking to the door; it hardly seems too much to ask.

In the same discussion, two students held different positions regarding how to develop the kind of classroom culture they envision.  One thought it best to leave alerts about the material to each professor’s judgment; the other held out for some enforceable rule.  The first said that explicit rules could put us on a slippery slope to censorship, the second that she didn’t trust all professors’ discretion.

I tend toward the view of the first, though not out of fear of censorship; rather, I’ve seen too many instances of leaders making a hash of this kind of thing.  As Thomas Aquinas wrote, laws tend to be unwieldy instruments, so that legislating down to too fine a detail can do more harm than good.

We are left with the far more difficult task of working toward a culture of greater sensitivity and respect.  We could do well to take a cue or two from the current generation of students, who are very aware, in my experience, of the need for self-care.  It’s a need that many of my generation (I was born in 1961) have not always heeded.  Many of us have dealt with our pain and difficult experiences with bitterness, denial, substance abuse, and adjurations to buck up and get on.  For some of us this more or less worked, I guess, though it’s an approach that left more than a few behind.  This might be a good moment try out some alternatives.