Studying abroad has long seemed like an attractive option for many UK students, and it’s not hard to see why. Along with cheaper fees, and the opportunity to learn a new language, it is the chance to experience a new culture, and leave behind the notoriously rubbish British weather.

But of course with Brexit on the horizon, this could soon be about to change. UK higher education made no secret of its desire for the country to remain in the EU – and during the campaign, vice chancellors from across the sector highlighted the importance of a remain vote – with EU funding and student recruitment implications the main concerns.

But prior to polling day, Brexit’s impact on higher education had already begun. This is because of the increasingly negative rhetoric surrounding immigration – which led to many foreign students feeling less welcome, and possibly contributed to the recent fall in international student numbers.

The uninterrupted waves of UK policy eroding the rights of international students has also not helped the situation. And now that Brexit is firmly on the table, these students may start looking for more favourable destinations.

However, transnational education (TNE) – where students stay in their home country and study degrees from abroad – is a possible way for marooned UK institutions dependent on EU membership to recover. Under new plans, more TNE branch campuses could soon spring up closer to home. And rather than say China or Malaysia, Spain and Greece could be the new destinations.

TNE was initially used to allow universities in the UK to gain a foothold overseas. Students from that particular country could study for a UK degree without necessarily coming to the UK. For the recipient destinations, TNE provisions helped overcome shortfalls in that nation’s own higher education sector, and in theory could lead to greater economic and social capital being developed. 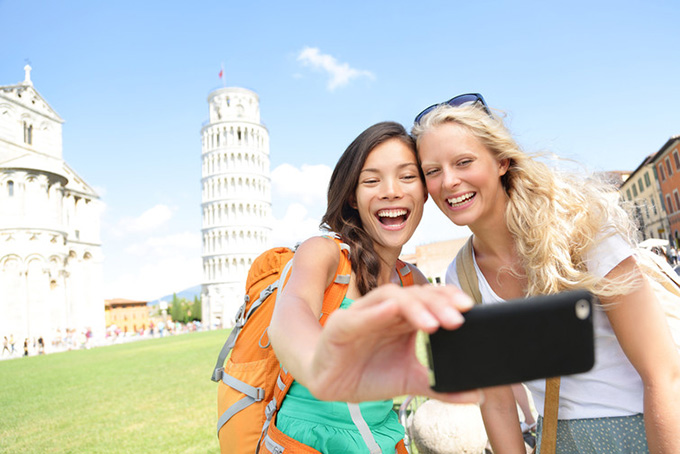 Studying abroad can give students the chance to meet new friends and explore another culture. Maridav/Shutterstock

Of course, the benefits to UK institutions are also numerous – one of the big ones being more income through fees. This has led to calls for more TNE branches closer to home, to help alleviate worries of reducing student numbers from EU member countries, as these students may now be faced with international student fees post-Brexit. And of course, these branches could also be appealing to non-UK/EU students.

A requirement of early TNE partnerships was that student fees were in line with the local market GDP per capita – not reflective of home rates. In most cases, this made a UK degree abroad cheaper than if studied for in the UK. In those days UK University fees were much lower than today, and so UK students had no reason to shop around.

But things have changed. Fees at universities in England have increased from £1,000 a year in 1998, to £9,000 a year in 2015 and while TNE institutions were, to a certain extent, immune to this, UK students have recently cottoned on to the fact that they could now study at home and abroad at the same time.

So while transnational education in theory sees students stay in their home country and study degrees from abroad, in practise what is actually happening is that a number of students from the UK are studying for a UK degree abroad, at a reduced cost compared to staying in the UK.

Take the University of Nottingham for example. If a student wishes to study a business management type degree in the UK it will cost them £9,000 a year. Alternatively, the same degree awarded from the same institution at Nottingham’s Malaysia campus would cost about £7,692 a year – depending on the exchange rate. This would be a saving close to £4,000 over the course of a three-year degree.

Of course, a difference in price isn’t just financially appealing, studying in a foreign country will allow students to gain invaluable knowledge and firsthand experience of other cultures, customs and languages. And will give them the opportunity to develop into “global citizens” and enhance their future employability.

A European-based UK University campus could offer international and UK home students the best of both worlds – an academic environment that transcends politics, provides opportunities for international development, and saves them money. On top of that, it seems it wouldn’t be such a bad idea for universities either – in 2012-13 there were reported revenues of £496m from UK TNE partnerships.

With the uncertain future created by Brexit, coupled with rising university fees, the pressure is mounting on universities to ensure market resilience, while maintaining the value of a UK degree. So if TNE branch campuses really are the future of UK higher education, institutions must not “manage” the transition from a financial perspective, but consider “the market” as being “co-created” through the interactions of students and universities.

Because by looking at student behaviour, experience, and expectations, universities across the UK could turn such market uncertainty into an opportunity to create added value across the sector while maintaining their bottom line and global reputation – which could in turn become a win-win situation for all involved.