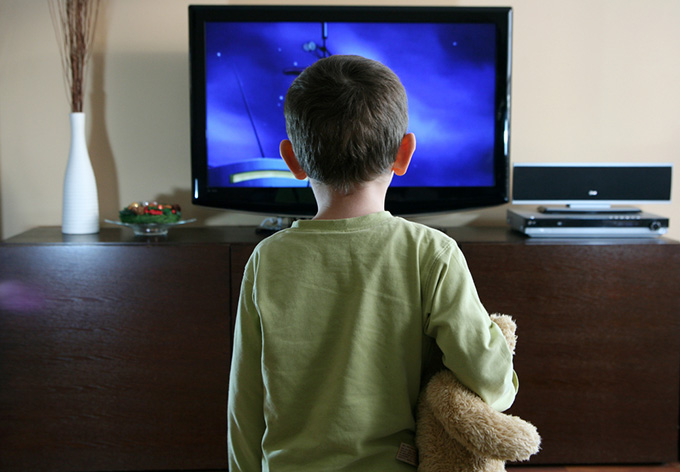 The recent attacks in Paris are the latest in a long list of events whose blanket coverage on TV has had a strong influence on the thoughts, feelings and behaviours of many children.

Footage of wars, bombings, shootings, floods and bushfires can traumatise children, leading to sleep disturbances and anxieties in normally non-threatening situations, including fear for their own personal safety.

It’s no surprise that the type of content for which parents are most likely to seek help is news reporting of disasters and tragedies.

A meme doing the rounds on social media since the events in Paris uses a quotation from Fred Rogers, of the acclaimed US children’s program Mr Rogers’ Neighborhood, recalling his own feelings at seeing scary things on the news.

His mother would say:

“Look for the helpers. You will always find people who are helping.”

She was onto something.

The Australian Council on Children and the Media’s fact sheet suggests that reassuring children is the best way to help them deal with distressing content. The way to do this may vary from age to age.

Sometimes the most useful strategy is to avoid exposure in the first place. This isn’t always possible, however, especially when events like the Paris attacks attract blanket coverage.

No restrictions on news coverage

The discussion about how to protect children is more topical than usual following the revised Commercial Television Industry Code of Practice that comes into effect on December 1.

“regulate the broadcast content of commercial free-to-air television according to current community standards, and assist viewers in making informed choices about their television viewing”.

Interestingly there is no mention of the statement in the Broadcasting Services Act, which calls on the industry to include a method of ensuring the protection of children from exposure to program material that may be harmful to them.

The new code continues to exempt news and current affairs from the usual classification restrictions. The responsibility is placed with the broadcaster to “exercise care” and omit “material … likely to distress or seriously offend a substantial number of viewers, having regard to the likely audience … unless there is a public interest reason to do so”.

For other programs, parents can be confident that material shown during the Parental Guidance Recommended time zone will contain only relatively mild violence, for example.

The Australian Communications and Media Authority advises that the responsibility should be shared between government, industry and viewers. But government and industry do little to help with this kind of viewing, so that effectively leaves it up to parents.

If your children are distressed by something they see, your first step is to limit the exposure – by turning off the TV, for example. Then you can have the conversation to reassure them:

Author Bio:Elizabeth Handsley is a Professor of Law at Flinders University