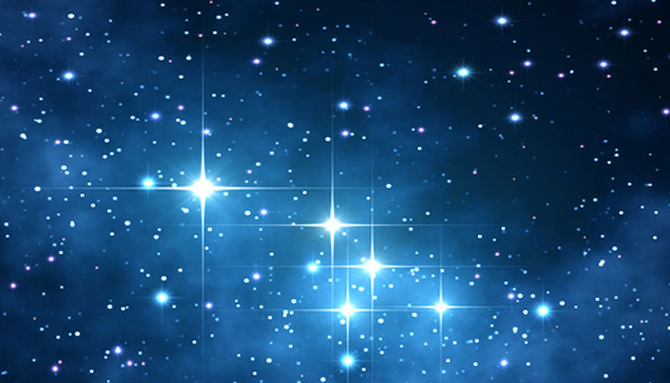 Defining terms:
Cosmology: What ignited and drives the cosmic order?
Prime Mover: The Aristotelian term for the unknown hypothesized entity/dynamic at the core of cosmology. Note that in Aristotelian philosophy the Prime Mover, the primum movens, is unchanging as it transforms the cosmos.

Yeshiva-educated and Harvard-educated maverick conceptual theorist and cosmologist David Birnbaum of Manhattan is the ultimate thorn in the side of academic cosmology. Birnbaum paternalistically admonishes the stellar lights of academe that they have been ‘trying too hard’ for the past 700 or so years since the inception of the Renaissance; Birnbaum castigates them for trying to find a mechanistic physics equation to so to speak crack the cosmic code. Birnbaum admonishes the establishment crew to ‘keep it conceptual – and keep it simple’ if they want to understand our complex universe.

Birnbaum maintains that the cosmos – and in parallel, the individual human – is too complex, too rich, too wondrous, too spiritually-friendly, too sophisticated, and indeed, even too cunning – to be the result of a dry and lifeless classic physics equation. Indeed, Birnbaum will proffer a quite-concise equation – and relatively simple concept – to crack the code; however, it will be a dynamic and organic conceptual equation – and an infinitely telescoping concept – the likes of which has never been entertained in academe. [see SummaMetaphysica.com]

To where? Towards ever-fuller realization/optimization of Potential. Birnbaum labels this cosmic ‘end-goal’ as Extraordinariation (or E+ for short). Extraordinariation (E+) is the goal/horizon for the realization of fullest Potential across the spectrum of the cosmic order. Meaning, E+ is the most complex/sophisticated/rich/integrated/diversified/wondrous expression of a range/panoply of all possible potentials. Birnbaum thus erects a very, very ‘high bar’ for the ultimate cosmic goal; but, then again, a great cosmic order needs a great goal.

So, does Birnbaum indeed have a super-rich, unique equation for his ostensibly conceptually rich schema? Here it is:

elucidation:
The eternal and core overarching dynamic of the cosmic order – Quest for Potential∞ – inexorably quests after Extraordinariation – the idealized panoply of maximal potential.

To the incredulity of academe, the answer to all six key questions just-noted is apparently ‘yes’.
[see 7criteria.com]

This may not have been the author’s initial prime objective, but this unification is, indeed, very clearly the result. Per Birnbaum’s three volume work, no matter which lens/motif you view the cosmos through – Religious, Spiritual or Secular – or a combination thereof – Potential is the ultimate core theme/dynamic. Per Birnbaum’s three volume work, the core question at the guts of the three great fields of study, Religion, Philosophy and Science – What is ultimately at the core of the cosmic order? – is simultaneously answered by his core theme of Infinite Potential. [see SimultaneousSolution.com]

Infinite Potential is so to speak, the root: the Common Denominator of the cosmic order; [see CommonDenominator1000.com] Quest for Potential∞ is operational on all levels, from super-macro thru super-micro: from the largest overarching galactic cluster level – through the smallest sub-atomic level. From Einsteinian physics thru Quantum physics.

Potential is not (currently) visible and not (currently) measure-able, but it thoroughly permeates the cosmic order. This truism manifests both across cosmic history and on a daily basis. ‘Hiding in plain sight,’ infinite Potential drives all forward.

At the same time, potential/possibility is flexible enough to quite-elegantly simultaneously be deployed as the central motif – and, indeed, goal – of any of these classic constructs, whether in a theistic, spiritual or secular cosmology. To simplify the possible constructs: from a theistic perspective – Holy Potential is at the core of the Divine; through a spiritual lens, infinite potential – a spiritual dynamic – overarches the cosmic order; from a secular perspective, the natural dynamic Quest for Potential is the driver of the cosmic order. [see Unifying1000.com]

The author is clear, however, that the reality of the cosmos is unclear – to the effect as to which of these three motifs – theistic, spiritual, secular – is exclusive or dominant at any given point in time; nor, according to the author, is it necessary to definitively delineate the exclusive or dominant cosmic motif, as there is ample metaphysical room to accommodate any combination of these key motifs.

Thus, potential/possibility is the ultimate ‘fount’ of the universe; and, essentially, ‘All roads lead to Rome’-or, more precisely here – ‘All roads lead to Potential’; [see TheoryCore.com] that is, all these three key metaphysical motifs – Religion, Spirituality and Secularism – inexorably vector towards potential/possibility as the very core fount of the construct. Potential/possibility is the common ‘nexus point’; meaning, the motifs of Religion, Spirituality and Secularism all unify back at their very core – at the eternal origins ‘nexus point.’ [see Convergence1000.com]

Birnbaum’s core dynamic of infinite quest for potential is an elegant core ‘conceptual plug’ across the belief spectrums Religion, Spirituality and Secularism and then again across the Religion-Philosophy-Science metaphysics spectrum. Meaning, the central concept of Potential motif not only works as a satisfying central and crucial conceptual finesse in the belief systems, it also formally works in the related formal metaphysics systems. [see ParadigmChallenge.com]

Quest for potential∞: A concise and simple (albeit profound) idea – for an extraordinary (and profound) universe. [see PotentialismTheory.com]