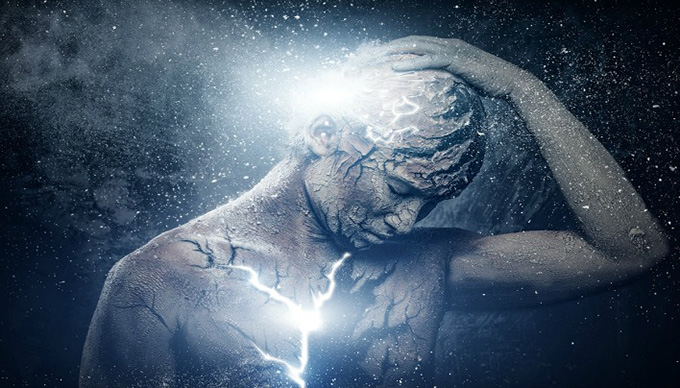 There are questions that have plagued mankind since the beginning of time: How did we begin? What drives our universe? What is our purpose? Where are we headed?

All the great philosophers have tried to answer these questions: from Aristotle and Plato – to Maimonides and Spinoza. The group of key cosmic questions became known as “Grand Philosophy” or metaphysics. Over the past 100+ years, modern science and philosophy have continued the attempt to find answers, but, again, to no avail. [The current field of cosmology deals with the physics-related and astrophysics-related issues of metaphysics.]

There have been many proposed solutions put forward over the course of the 7,000 or so years of human civilization, but not one proposed solution – to even one of the aforementioned issues – seems to have survived for very long. So are these questions simply unanswerable?

Summa Metaphysica (see detail below) is a 3-volume philosophical work which proposes Potentialism Theory (aka Quest for Potential∞ Theory aka Q4P-Theory). In the work, contemporary conceptual theorist proposes an elegant simultaneous solution to the entire series of hitherto intractable issues. He offers an understandable, concise and original paradigm which basically redefines the way we think about existence and the universe we live in. See PotentialismTheory.com.

Birnbaum’s simultaneous solution can be encapsulated in one sentence: Infinite Quest for Potential drives the cosmic order. Yeshiva-educated and Harvard-educated Birnbaum is a Manhattan-based independent scholar. His entire powerful paradigm – start-to-finish – is built around the single concept of Potential. Birnbaum posits that Potential is the core of the cosmic order. He then parlays the multi-faceted concept of ‘Potential’ as a philosophical “magic key” to unlock (all) the aforementioned cosmic questions. See 7criteria.com.

But what is the crux of his theory? According to Birnbaum “Potentialism proposes that there, indeed, is a protagonist to the cosmic order, but that the protagonist is a ‘quest’ and not a ‘classic entity.’ The universe inexorably quests – on all fronts – for its maximal/optimal potential. The core dynamic Quest for Potential∞ strives with purpose and direction towards ever-greater and higher potential.

At the ‘beginning of time,’ eternal Quest for Potential∞ harnessed the eternal components of the equations of Physics-Mathematics to ignite our universe via the Big Bang. This same symbiotic dynamic – Quest for Potential∞ in league with Physics-Math – then ultimately acted as a catalyst for life, evolution, language, emotion, sexuality, consciousness, and, indeed, for all the key dynamics which have evolved in the universe.”

Birnbaum thus deploys this one original concise concept (Infinite Potential) as his instrument to
‘crack the Cosmic Code.’ Per Potentialism Theory, this one over-arching dynamic ignited the universe, drives the universe forward, and give the universe direction/meaning.

Per Birnbaum, fulfillment of maximal potential is the end-goal both on a universe-level as well as on an individual level. Per Birnbaum – as well as those who have vetted it over the past quarter-century, the drive towards optimal./maximal potential is consistent across all levels of the universe (macro thru micro level) – and all epochs of the universe (whether at the Big Bang or in the 21st century).

Universities as diverse as University of California in Los Angeles, Brandeis in Waltham, Massachussets, and Yeshiva University in New York City have used Birnbaum’s Summa Metaphysica as a philosophy course text. Over 150 articles/testimonials and reviews have focused on Summa Metaphysica and its related Potentialism Theory; 80+ articles in the last 13 months alone. See SummaCoverage.com.

Scientists tend to like their solutions to be elegant and concise (see CosmicTShirt.com). However, to have the “Holy Grail” of the cosmic order – and the panoply of classic intractable metaphysics questions – possibly solved by just one single term (Infinite Potential) caught them off guard. Both the simultaneous solution aspect of the theory as well as its ‘aesthetic elegance’ aspect, are causing tremors to this day across the global academic community. See HuffPost2schemas.com.

The metaphysics author David Birnbaum vectored onto Potential as his ‘concept of choice’ in 1982. It fit all his criteria. Six years later Ktav Publishing released Summa Metaphysica I: Religious Man: God & Evil. The work would introduce the concept – infinite quest for potential – onto the world stage.

In his core theme of ‘Potential’ Birnbaum found his elusive dynamic fitting all his criteria. Indeed, it consistently seemed to qualify as bona fide simultaneous solution to the gamut of key issues of metaphysics. See Unifying1000.com.

As noted, Birnbaum’s first book propounding the theory was published by Ktav in 1988. The Conceptual Theorist hypothesized that everything arises from this one dynamic (potential); our universe, the result of the Big Bang, is now deployed as a platform for ever-fuller actualization of reality and potential.

Birnbaum had posited that via a symbiotic relationship with the eternal equations of Physics and Math, a de facto supra-force of Infinite Potential ignites our cosmic order. The religious may choose to refer to this dynamic as God. The author leaves the option open.

Birnbaum’s daring hypothesis (1988, 2005 and 2014) wraps-around that of MIT Professor Seth Lloyd who, in his 2006 book Programming the Universe, also pivots his own theory on the equations of Physics-Math. His theory is that the cosmos repeatedly iterates information and (mechanistically) advances towards greater complexity. The Lloyd theory dovetails with Summa-theory. See XquantumUniverse.com.

In November 2012, Professor of Biology and Ecology, Andrei Alyokhin of the University of Maine offered direct and forthright support: “Providing a modern and original approach to answering millennia-old questions, Birnbaum’s Summa Metaphysica represents a bold attempt to formulate a unifying concept of the Universe….It is reasonable to propose his Quest for Potential∞ as a working hypothesis for explaining the impetus behind the cosmic dynamic.” See UnifyingConcept.com.

Of course there’s opposition to Birnbaum’s Summa Metaphysica, especially from the politically entrenched academic community in England which advocates Randomness/atheism. This hard-line atheistic academic group believes the entire cosmos happened merely by chance, without any direction, purpose or form. According to this group, the billions of galaxies, the trillions of stars, life, emotion and consciousness are all simply cosmic accidents, happenstance. Since the Theory of Potential challenges the very core of their beliefs, the atheist group views Birnbaum’s theory as a ‘lethal threat.’ At the same time, Summa supporters view the entire Randomness schema as a non-starter and as bereft of palatability or science.

Needless to say, the British academic hierarchy was not too happy when Oliver Burkeman, an erudite British journalist who writes about Philosophy and Science, wrote in November 2013, that Birnbaum’s theory was “not unscientific” and, cited iconoclast Claude Levi-Strauss who hailed Summa (in 2006) as “remarkable and profound.” As well, Burkeman found Birnbaum’s theory of a “purpose driven universe” to dovetail with iconic Aristotle as well as with contemporary philosopher Thomas Nagel. NYU Professor Nagel’s 2012 Mind and Cosmos also takes on the Randomness/atheist ‘entrenched orthodoxy.’

Since originally introduced in 1988, Potentialism Theory (aka Quest for Potential∞ Theory aka Q4P-Theory), offering a “simultaneous solution” has collected strong academic support from many distinguished quarters. Louis Dupré, Professor of Religious Studies at Yale University, called it an “original…highly modern insight…a unified metaphysics”; Joseph Dan, Professor of Kabbalah at Hebrew University in Jerusalem cited Summa I as “a major work…a great intellectual and spiritual effort.” No flaw has been discerned in the Theory of Potential since it was introduced onto the world stage in November 1988.

Agreeing with the great Albert Einstein who famously observed that “God does not play dice with the universe,” conceptual theorist Birnbaum rejects Randomness in favor of the tradition of Aristotle who also hypothesized that the universe had direction and purpose. (Aristotle was stuck, however, as to what that purpose was.) To Birnbaum, the overall cosmic purpose is to quest for its multiplicity of potentials. Birnbaum takes these general observations of Aristotle and Einstein and creates a very concrete, focused, sophisticated paradigm of a Cosmic Order focused on realizing maximum potential.

The beauty of being able to describe complex theory in one word “potential” meets Birnbaum’s (and the scientific community’s) requirements that a solution be elegant, concise and efficient.
Potentialist Birnbaum provides us with a philosophy for life, a cosmic anchoring if you will, on which we can hinge our world view and find the elusive simultaneous solution to the entire series of those age-old questions.

Over 50,000 volumes of the various Summa books are in circulation; the complete 3-volume work is available gratis on the book’s SummaMetaphysica.com site in flip-book form – aside from conventional options for the softcover and electronic versions.

Birnbaum himself is either the author or the editor-in-chief of several important and noteworthy series (see major1000.com) on philosophy, history and spirituality. His New Paradigm Matrix publishing platform has over 180 thought leaders globally under its umbrella.