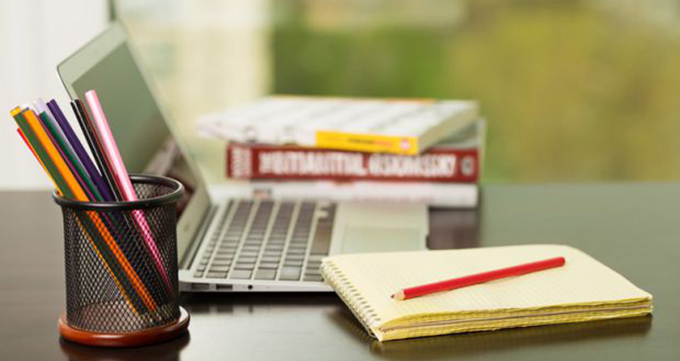 I’m seated at my chunky white desk in my home office. Spotify is rolling through its Southern Gothic playlist. I can hear my husband moving around on the floor below. He has begun his portion of our shared parental leave – Kieran is taking the final eight weeks – and I am officially Back At Work.

Ten months ago, I officially set my “out of office” auto-message. This is the longest that I have been away from a working environment in my entire adult life.

Although in many ways, the past 10 months have been the closest to a true coalface I am ever likely to get. My working life is a white-collar one; it’s a job of the mind, and the dirtiest my hands are likely to get is the occasional ink smear. By contrast, these 10 months of first parenthood have been the most intensely physical of my adult life.

Some days have felt like back-breaking, mind-numbing labour. Other days have been fierce pleasures. I have calves like steel now from miles of pram-pushing – two to six miles every day, rain, sleet or shine – and while my stomach is stretch-marked, the flab of my upper arms has shrunk under the weight of an ever-growing infant.

My body is stronger than it has been in a long time, although it is also a good deal more tired. I have barely sat at a desk in the 308 days I was on leave, and hardly used a computer.

Not that I’ve been out of touch with the academic community or wider internet entirely, of course. It’s just that most of my communications have taken place through one-handed use of my iPhone. It’s strange to be back, with the opportunity to focus for many hours at a time on only the work at hand. Right now, my mind feels quite blank! After necessarily structured days, coming back to the open horizons of an ongoing research project feels both exhilarating and a little intimidating.

Recently I was reflecting on why academic women might find maternity leave (by which I mean proper paid maternity leave for several months, not a few scant weeks off that I know my American colleagues endure, barely enough time to recover from the physical processes of labour itself, never mind do anything else) a sometimes challenging experience. (Note: in the UK, maternity leave can become shared parental leave; partners have equal rights to share it. However, as this is a new law, and as at present it is still mostly women who take the lion’s share of parental leave and reap the cultural rewards and punishments of taking up to a year out of employment, I am focusing this on women’s experience.)

No more solitude: For many academics (particularly in the humanities), a large part of our working day is spent alone. Yes, we may well do many hours of teaching, attending committee meetings, etc. But for many of us, a good portion of our week is spent alone in our offices.

Even for the most extrovert among us, going from having quite a lot of alone time to having virtually none can be quite the challenge. I knew it would be hard at times to have another person be entirely dependent on me for meeting their needs, but I think I hadn’t quite appreciated how much I’d miss quiet time alone to think.

Abandoning vocation: I’ve written before about the concept of academia as a vocation – which I consider to be a pernicious idea that contributes heavily to a culture of stress, poor work-life balance and deprioritising mental and physical health. The idea that we are somehow “called” to be academics not only encourages us to take lower salaries, do unpaid labour and move hundreds (or thousands) of miles for suboptimal jobs – it also subtly but strongly encourages prioritising work above family.

It can make women feel immensely guilty about not doing any academic work while they are on maternity leave.

As part of this, the cultural expectation in academia that we do uncompensated work (e.g. write book reviews, edit journals) can result in an expectation that this sort of work will continue when a woman is on maternity leave. It can be particularly tricky when one is part of a long-term project, for instance, an edited volume.

I am co-editing a book of essays and so I undertook a small amount of editorial work during my maternity leave, because otherwise we would miss publishers’ deadlines. I was fortunate in that my co-editors were very understanding about my other commitments, and indeed said that they would understand if I withdrew from the project. I chose not to, but appreciated that there wasn’t an expectation I would remain part of the project – which began well before I was pregnant.

In another industry, though, I would have handed over my projects to an appointed colleague (as my husband has done for his eight weeks off). So much academic work is done through informal connections and can really only be done by the named person. It can place a heavy burden of guilt on women – what if a project has to be abandoned because you can’t do your part?

Off on a jolly: Add to that two notions I’ve faced myself in my time off – either that maternity leave is an opportunity for research leave, or it is a sabbatical – and the idea that one actually does not do any academic work at all on maternity leave can seem like a radical one.

I have been asked several times how my research is going by well-meaning people who assume that time away from teaching and admin has left me with lots of lovely time to think and write. For the first six months of her life, my daughter would only nap for more than 20 to 30 minutes if she was being pushed in a pram. Even now, she usually has a solid morning nap but always requires her afternoon nap to take place while out walking.

I also did not produce a baby who was happy to just chill out on a mat with a toy box while I diligently caught up on the latest journal articles. Raising an infant is a whole body experience and it also takes up a hell of a lot of your brainpower, I found.

Amazingly enough, in the 30 to 60 minutes a day I might have entirely to myself, I chose to take a bath or read a young adult novel or paint my nails. I know women who used their babies’ more reliable nap times to edit articles or write book reviews. Good for them, if that’s what they wanted to do. But it should not feel like an obligation.

The bloody job market: Of course, as well as the cultural expectation that academics never ever switch off is the sadly pragmatic reality that the academic job market sucks and that taking a year out of it can hurt your career prospects, particularly if you’re an early career academic. It can be very difficult to escape from the fear of “publish or die”, for instance.

I had to make a very conscious and deliberate choice that I would not be writing this year, and that that was OK. I may never have another child and I will never get this time back.

The feminism of maternity leave: My 10-month retreat into the domestic may seem to some people like a conservative move. But I view my refusal to undertake academic labour (apart from a couple of small projects I weighed up as being worth my while to complete) as a feminist decision. Women are still penalised in the workplace for taking up their legal right to maternity leave. I work for an employer that provides very generous leave; I took advantage not of a privilege, but a right.

And now I come back to work – not refreshed after a holiday, but certainly different after months of excavations in a very different kind of coalface. I have my pickaxe; let’s see if I remember how to use it in unearthing the medieval past.

Author Bio: Rachel Moss is a lecturer in late medieval history at the University of Oxford.