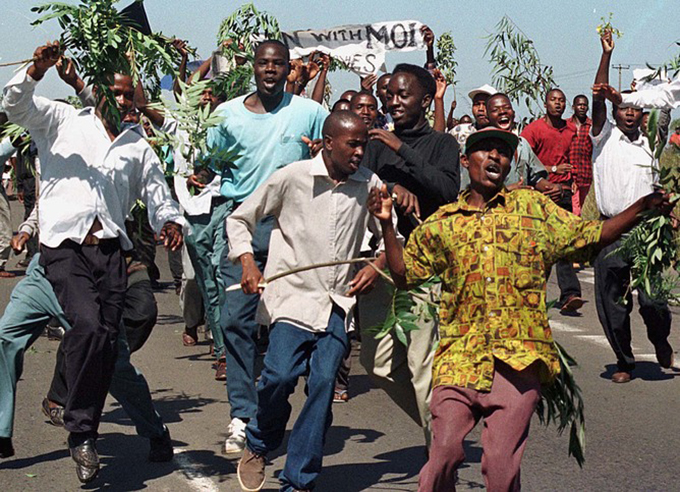 There were high hopes for Kenya’s public universities after the country gained independence from Britain in 1963. Universities were meant to become instruments of national integration. Sadly, 53 years on, that dream appears well and truly dashed. Ethnic tension is a daily reality on the country’s campuses.

In November 2015 the Masaai Mara University was closed after students from different ethnic groups clashed in the wake of a campus soccer match. Earlier in the year, Moi University was shut down indefinitely after student leadership elections ended in ethnic clashes.

Ethnic consciousness has been a part of Kenya’s higher education politics since the first decade of independence. Now it is becoming more intense and violent.

A history of government control

In 1963, Jomo Kenyatta’s new government reconstituted the University of Nairobi as a centre for national development. Its role was to promote national unity and spark socio-economic transformation. But Kenyatta didn’t want the university to become a focal point for political opposition. To guard against this, the institution’s senior leadership was appointed from his own Kikuyu ethnic group.

This provided a strategic bulwark against academic staff and students who opposed the regime’s dictatorial tendencies. Still, the link between ethnicity and university remained largely covert during Kenyatta’s tenure. It became more obvious when President Daniel Moi came to power in 1978.

The Kikuyu community strongly opposed Moi’s election. Moi consolidated his hold on power by enshrining one-party rule in the constitution. He also set out to politically and economically empower his native Kalenjin community. People from this ethnic group were appointed to senior government posts and Moi worked to revitalise his home region’s economy. This was precisely what Kenyatta had done during his own tenure.

Moi also outlawed the University Academic Union at the University of Nairobi, alleging that it concentrated on politics rather than on academics’ bread and butter issues.

Ethnic consciousness within universities hardened for good after a failed military coup d’etat in 1982. University students played a prominent role in the uprising. Moi responded by swiftly outlawing all centralised university-wide student associations at the University of Nairobi and its constituent college, Kenyatta University College.

They were replaced by decentralised welfare associations based on students’ home origins. This was the beginning of the “tribal associations” that have become ubiquitous in Kenyan universities. The country’s second public university, Moi University, was established in the president’s own ethnic backyard.

Kenya became a multiparty democracy in the early 1990s. This saw the emergence of many parties formed along ethnic lines and also had ramifications for universities.

Then, in 2010, the new Constitution established ethnic-based country governments. These have been clamouring for their “own” universities, which would be run independently of the national government. President Mwai Kibaki responded in 2012 and 2013 by creating 23 new public universities and university colleges. He was trying to consolidate his legacy among Kenya’s various ethnic groups while retaining state control of higher education.

The “new” institutions are actually middle level technical establishments that have been converted into universities. They mostly offer programmes in business, education, arts and the humanities. These are relatively cheap to teach but are not really in demand in the labour market, so the institutions probably aren’t doing much to address Kenya’s 40% graduate unemployment rate.

The nexus between ethnicity and university development has compromised governance, too. Chancellors, council members, vice-chancellors and other senior administrators are often selected from an institution’s immediate surrounds. This means that appointments are happening along ethnic lines, sometimes with no consideration of merit.

The same trend is becoming common in academic appointments and promotions. This causes huge tension. The University of Eldoret erupted into open warfare in February 2015 because locals felt they had been passed up for promotion in favour of those from other ethnic groups.

A new focus is needed

Kenya’s leaders must stop managing universities by focusing on ethnic demands and political rewards. Instead, appointments must be guided by merit and real attention must be paid to institutions’ manpower needs. This approach could go a long way to mitigating the lingering effects of ethnicity in Kenya’s universities.