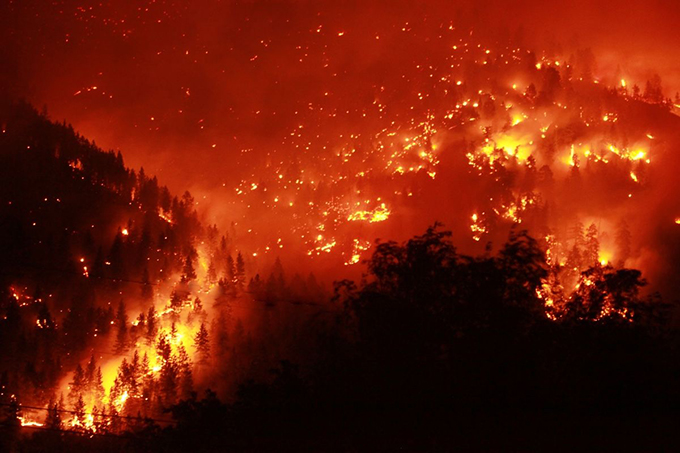 Wildfires cause tragic losses to life, property, and the environment. But even after the fire rages, the damage is far from done. Without vegetation, bare, burnt soil lies vulnerable to erosion, which can impede efforts towards natural forest regeneration.

Now Assaf Inbar, a graduate student at Tel Aviv University’s Porter School of Environmental Studies, together with his supervisors Prof. Marcelo Sternberg of the Department of Molecular Biology and Ecology of Plants, Dr.Meni Ben-Hur of the Volcani Center and Dr. Marcos Lado of the University of La Coruña, Spain, have studied a new soil protection procedure that may significantly reduce erosion in areas ravaged by forest fires. Working with an organic polymer originally used in agriculture, Inbar and his supervisors have tested their method in the lab and also in Birya forest in Israel, large parts of which have been burnt by fire.

Protecting the soil from erosion, says Inbar, is vital for the quick restoration of the vegetation. And this method can be cheaper than current solutions, such as creating log barriers or mulching, a process in which the ground is covered with woody chips or straw.

The research was presented at the Israel Society of Ecology & Environmental Sciences Annual Conference in 2010 and at a COST–European Cooperation in Science and Technology Conference in 2009.

Holding on to the soil

Following a wildfire, soil often erodes because vegetation is burnt and the soil remains bare. Deprived of the protection from the elements that vegetation provides, soil can’t absorb intense rains, causing run-off. “If water cannot penetrate the soil, it flows on top — taking the soil with it,” says Inbar. The danger is especially great in forests with steep slopes and shallow soil. Once significant amounts of soil wash away, it is difficult to reforest the area.

The researchers turned to the anionic polymer Polyacrylamide (PAM), widely used in agriculture to prevent soil erosion. They tested the polymer on samples of burnt soils both in the lab, using a rainfall simulator, and out in the field under natural rainfall, using run-off plots in an area of Birya Forest that had been exposed to a moderate wildfire. The run-off plots were placed on a 40-degree slope and outfitted with a funnel at the bottom to collect run-off and sediments, measured after every rainstorm.

Helping the forest to bloom again

At just under $1.50 dollars per pound, PAM granules can be an affordable alternative to mulching, which sometimes requires application by helicopter, and to log barriers, which requires the effort of many workers and heavy machinery. What’s more, the non-toxic PAM is safe for existing vegetation.

The researchers have tested the soil’s ability to nurture vegetation with the addition of the polymer, and saw encouraging results. They used wheat as a model for annual plants that sprout during the rainy season in areas that had been affected by fire. The polymer had no negative impact on the growth of the wheat, concludes Inbar, who says the researchers’ next step is to test different soils, the interaction between the polymer and ash, and the effectiveness of this treatment in larger areas.