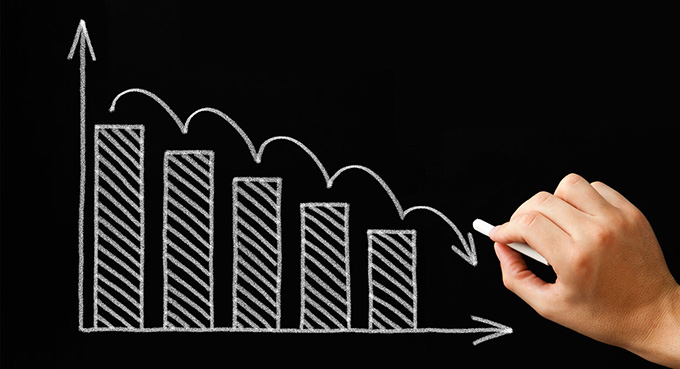 The ongoing reduction of tenure-track positions at colleges and universities has been news for decades, and advocates for increased tenured positions usually point to rising numbers of administrators and unchecked administrator salaries as the root cause of this reduction and the site for change. I agree wholeheartedly that administrators are overpaid and overabundant, but another important area for improvement exists: as much as administrators have helped to create a “two-tiered system” of tenured and contingent faculty, the bald truth is that tenured faculty members themselves allow and even encourage this hierarchy by accepting — and often demanding — the perks that accompany tenure.

The fundamental and necessary purpose of tenure is its protection of potentially vulnerable intellectuals. Professors have been subject to firing and other punishments when they hold opinions unpopular with university administrators or boards of directors, research unpopular theories, or reach unpopular conclusions.  Thus, for the sake of intellectual inquiry and truth-seeking, tenure is necessary to the functioning of the university and to a society that relies on university-produced scholarship in myriad ways.

As those of us who have worked in universities realize, though, tenure means much more than job security. It includes an enormous series of perks and benefits separate from academic freedom. Some of these are tied directly to tenure-track professors’ greater research and publication expectations, like research funding, which includes book or equipment allotments, research assistants, and access to various internal grants; travel funding; regular pre- and post-tenure sabbatical leaves; and lighter course loads.

Other perks, though, have little to do with research or the academic protections offered by tenure, and those include greater choice in course selection in terms of time/day slots, course levels, and sub-specialties; more or exclusive decision-making power in curriculum design; priority in summer school and other extra-income opportunities; higher pay for summer school teaching; nicer offices, defined in various cases as windowed, unshared, not in basements, and/or renovated; greater roles in shared governance, which could mean more voting power, more voice in meetings, or committee roles not available to non-tenure-track faculty; better access to technology; significantly higher salaries; and more benefits, including better parental leave and other policies and matching pension contributions.

From the university’s perspective, hiring a tenure-track professor no longer means simply potentially committing to long-term employment but to a host of other expensive propositions.  But if we can momentarily separate the current version of tenure (a state of enormous, multifaceted privilege alongside enormous pressure to publish) from the fundamental goal of tenure (academic freedom and protection), we can see how tenure protections could realistically be extended in universities.

The research-specific enticements like lighter teaching loads and sabbaticals are necessary in today’s cutthroat environment, but if tenure were even marginally less connected to research and more to teaching or service to the institution, tenure’s costs would be lowered.  This is a complex proposition and one that, I believe, must be made for the future of higher education in America.  That professors may barely enter classrooms at some large universities benefits very few at the expense of many and rewrites the definition of professorship.

Even without adjustments in research expectations, though, the hierarchies currently built into the system can be significantly flattened: I can speak for myself in saying that I was no more talented — as a teacher, writer, or researcher — than my non-tenure-track colleagues, and yet I was treated by the university as superior to them in every way. I published more because I was offered the circumstances that allowed me to do so; my colleagues were absolutely capable of similar work, but our different job descriptions precluded that equalizing.

My salary was $30,000 higher than my non-tenure-track colleagues’, and even accounting for my longevity at the university our salaries were unfairly unbalanced. I was entitled to a multitude of perks unrelated to my research agenda: why should I have been entitled to a better maternity leave? Why should I have had a nicer office that I didn’t have to share? Why should my salary for teaching summer school have been higher than my non-tenure-track colleagues who were teaching the same courses with the same number of students?  (When I directed summer school, I paid faculty per course regardless of their employment status, which had not been done before and caused a fight at the time.  Luckily, an administrator who had only recently taken over as my supervisor, without strong feelings one way or the other, let me proceed with the salary adjustments.)

None of these perks makes any sense when we focus on the purpose of tenure. In fact, in its current manifestation, the perks of tenure beyond its protective function serve only to create a caste system in the university. One can see how this caste system may have developed organically:

But a disruption at any point in this progression can upset the hierarchy. Regardless of the origins of the current situation, in order to save tenure, we must begin to separate the perks from the principles.

If hiring a tenure-track professor were no longer a million-dollar proposition, universities could reasonably be expected to offer the possibility of tenure to a higher percentage of professorial hires. However, this would mean sacrifice on the parts of tenured professors themselves. Even small gestures, like offering to share offices in solidarity with non-tenure-track colleagues, can signal that tenured professors do not expect the kind of treatment that implicitly and explicitly signals their higher value. But bigger changes are needed as well: tenured professors must be willing to teach introductory courses (while administrators must value that teaching equally in promotion decisions); they should distribute courses evenly across time slots and student levels; they must welcome non-tenure-track faculty input in governance and curriculum decisions; they must insist that benefits be equitable across faculty levels; they must work to equalize salaries, even when that means that their own salaries will be lower.

Of course, these moves must be made collectively; a single tenured professor taking a lower salary will serve only to devalue that individual. But a group of professors or a full faculty offering to forgo the stratifying benefits of tenure in exchange for additional tenure-track hires will begin the process of breaking the caste system.

When one psychology professor earns $250,000 for teaching two graduate courses and one honors undergraduate course per year while another professor in the same department lacks not only the possibility of tenure but also earns $60,000 for teaching seven undergraduate courses, three of them introductory, per year, we are no longer exploring the merits of academic freedom and protection. We are instead perpetuating the very discrepancies many professors claim to despise when they lament universities resembling big business. Perhaps the change should start with administrators, but I see many ways in which professors themselves can live the values they espouse, and that begins with separating the foundations of tenure from its current elitist manifestations.