A new parliamentary report by the Women and Equalities Committee released earlier this week has highlighted the scale of sexual harassment and sexual violence in schools across England – with more than half of the girls and young women surveyed for the report saying they had faced some form of sexual harassment at school or college in the past year.

The report shows this type of harassment and abuse of girls has been accepted as part of daily life – with teachers passing it off as “just banter”. Indeed, figures show almost a third of 16-18-year-old girls say they have experienced unwanted sexual touching at school, while nearly three-quarters of all 16-18-year-old boys and girls say they hear terms such as “slut” or “slag” used towards girls on a regular basis.

While many have said these findings are “alarming” and “shocking”, sadly for those of us who work in this field as academics and practitioners, it is nothing new – in fact, it is old news.

In my own research I have found teachers are often dismissive in their handling of such behaviours labelling it as “a bit of fun” or repeating the old adage “it’s because he likes you”. 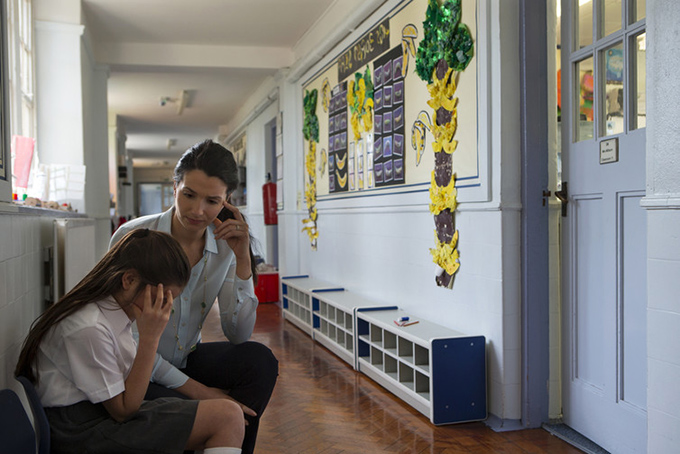 Teachers can be a part of the problem. DGLimages/Shutterstock

I discovered that some girls as young as nine would tell their teachers about the physical or emotional abuse they had received, only to be dismissed. And this lack of validation results in girls accepting and minimising their own victimisation, while boys learn to normalise such behaviours as an acceptable and everyday part of their interactions with girls.

Many studies have highlighted the negative sexualised experiences of girls in schools, including name calling, groping, bra “pinging”, sexual assault and even rape.

Twenty five years ago, in her book Sugar and Spice, Sue Lees spoke of the importance of a girls’ sexual reputation to her experience of secondary school education, and the vocabulary of abuse that girls were subject to – in a way that boys were not. And the dichotomy of “frigid” or “slut” as a daily school-based taunt has stubbornly persisted in the lives of most women alive in the Western world today.

So when we see reports like this one, we have to place it within a wider context. Because it is clear that in our culture, women and girls are subjected to scrutiny in a way men are not. This is a context of continuing, sustained gender inequality. The context of a national newspaper that objectifies women daily. The context of domestic violence pervading mainstream popular culture – dressed up as romance. And the context of male role models and celebrities, who are convicted of sexual assaults, which then become sexualised in media reports, so it becomes a story of sex not of violence. 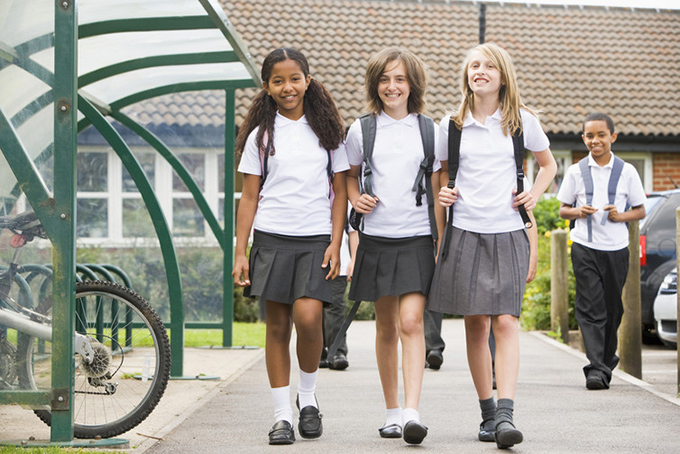 In the parliamentary report, sex education was also shown to be an issue – with the findings indicating that children of primary school age are learning about sex and relationships through exposure to hardcore pornography.

In England sex education in schools is not compulsory, only the teaching of the biological aspects of the course are obilgatory – so children are often not given information to counter what they may learn from pornography or other sexualised forms of media. This is despite the fact that academics, practitioners and children’s charity campaigners have long called for the need for more sex education with a focus upon healthy relationships.

For change to occur, school management teams need to present a consistent message that these types of behaviour will not be tolerated. This also needs to be combined with a proper sexual education for teenagers and young people – with a focus on healthy relationships and not just heterosexual norms.

However this cannot happen while we still have news stories at the start of each school term which highlight the “dangerous sexualities of school girls” – with headteachers sending girls home because their skirts are deemed “too short or their trousers too tight.

The message this sends out is that what girls wear is more important than their education – and that their clothing is responsible for inciting a sexualised reaction. And because these attitudes are so embedded in society, it will take a very long time for any proper change to truly occur.

Author Bio: Nancy Lombard is a Reader in Sociology and Social Policy at Glasgow Caledonian University