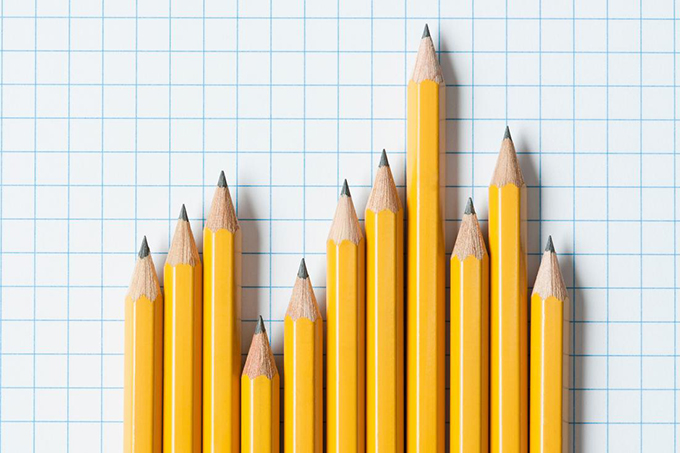 Anyone who has received a college financial aid award letter knows how complicated and opaque America’s system of higher education finance is. Policymakers also have limited information about how the myriad sources of college financing all fit together — and how they have changed over time.

There are, of course, well-known analysis and reports that help shed light on that topic. But they rely largely on high-level statistics drawn from budget data reported by states, the federal government, and colleges. That means important details are lost and it is difficult to assess how college financing varies among different groups of students. Some reports also focus on only one source of funding, like state appropriations, and therefore do not show the whole picture.

In a new paper (Shifting Burdens: How Changes in Financial Aid Affected What Students and Families Paid for College from 1996 to 2012), we use a less common approach to assessing the various sources of college financing that is both comprehensive and detailed enough to examine how different categories of students pay for school. We used data from the National Postsecondary Student Aid Study (NPSAS) to gather information about college financing at the student level. It is a bottom-up approach to assessing college financing, using data on individual students, rather than the more common top-down approach that uses data about colleges or government spending.

We also add a time series element using five NPSAS datasets beginning with the 1995–96 academic year and ending with the most recent 2011–12 survey to capture historic changes in higher education in the U.S. The report focuses on the relative share of costs borne by each actor which can better reveal which sources are growing faster than others or whether costs are growing at the same pace as financial aid.

Shifting Burdens is packed with charts, and readers will be able to draw many of their own conclusions from this new source of information. Some of the key points we identified in the analysis that are timely and relevant to today’s debates include: 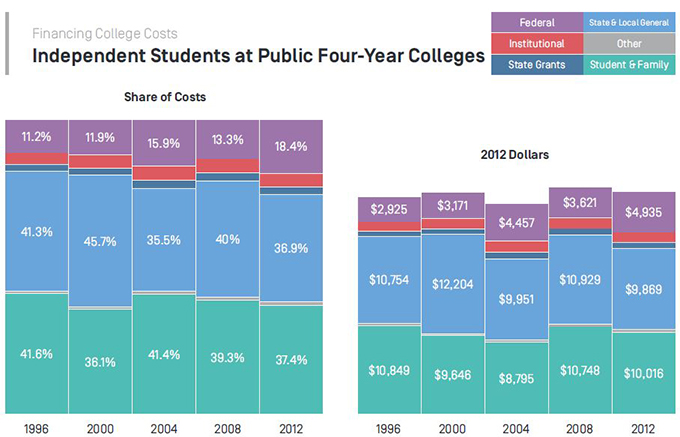 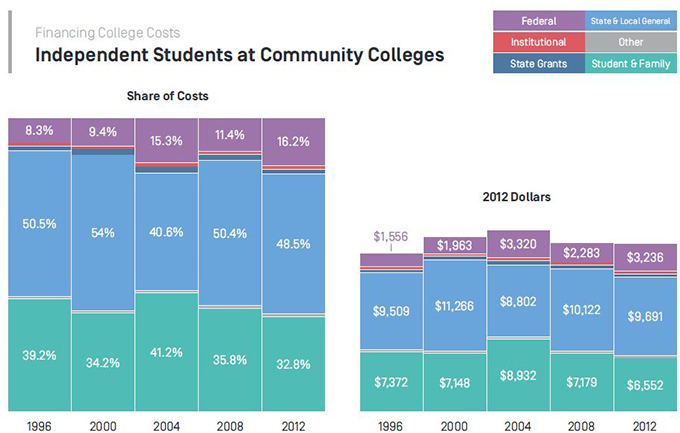 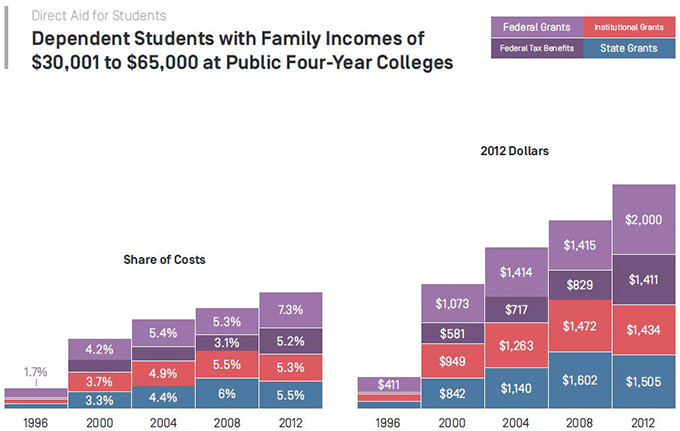 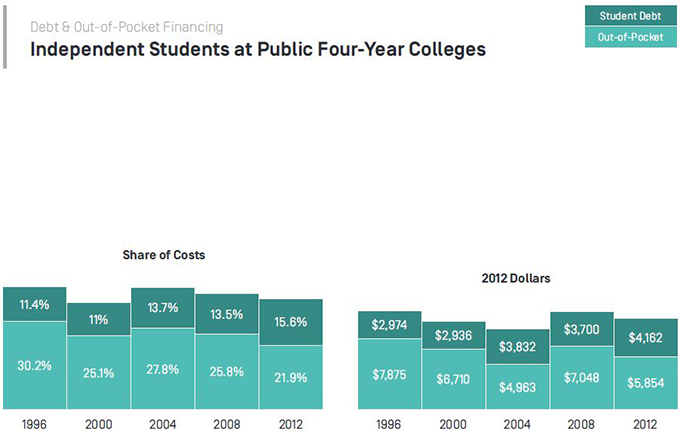 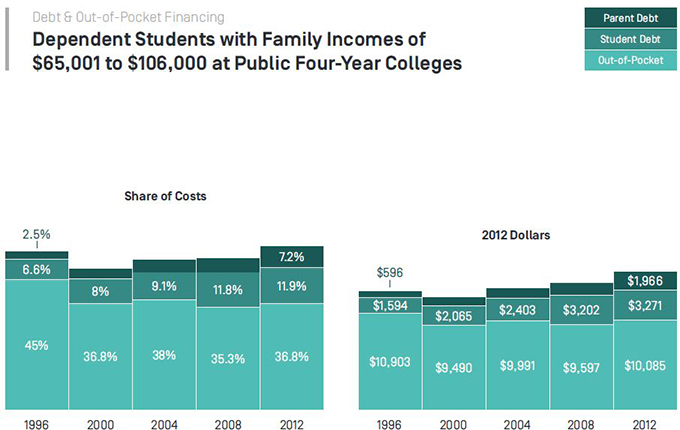 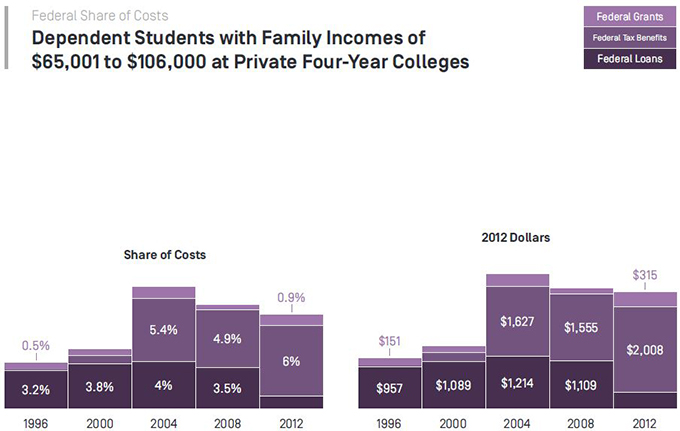