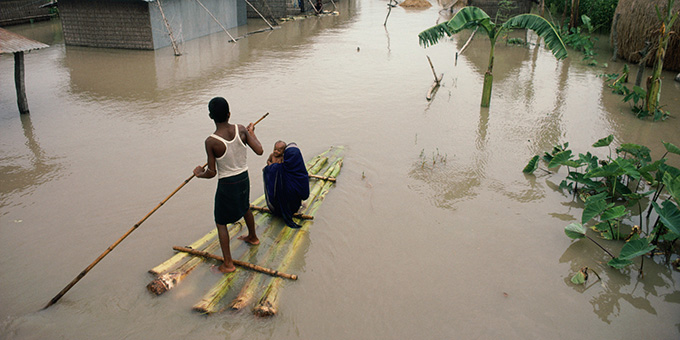 As we edge closer to global consensus on climate change and the need to reduce emissions, the focus has moved from debating the science or the need for global action to the responsibility of individual countries to provide assistance to those affected.

Not all countries have same capability to reduce emissions, measure and report progress, or increase resilience against climate change. To make matters worse, the countries that do not have these capabilities, such as Bangladesh, are often the ones that suffer the worst effects of climate change. To breach this gap, climate negotiators and officials often refer to “capacity building”.

In Bangladesh, we need more local ability to both prevent catastrophic climate change (mitigation), and also to deal with its effects (adaptation). Local people need the skills to use important climate-related technologies. Improved planning and access to climate information, for instance, can allow farmers to better prepare for disasters and cope with climatic variability.

When it comes to mitigation, the focus is on developing and promoting renewable energy that not only reduces emission, but will also create opportunities for green jobs.

Although hundreds of millions of dollars have already been invested in climate change capacity-building projects, it’s clear that the capacity gap is not being properly addressed.

To protect the vulnerable from the effects of climate change, we have to do better. But first we have to work out what has gone wrong so far.

Our experience in Bangladesh is this: developed countries allocate funds for projects or programs aimed at climate change capacity building, and allocate the money to their own official development assistance agencies. These agencies often go on to assign private consultancy companies from their own country to the programme.

The private companies then send consultants to the designated country to provide short-term assistance which, in most cases, is given in the form of workshops and presentations.

The consultants usually do not know the local language, and so conduct their workshops in their own language, (which, of course, is usually a second language for the audience, who are trying to build their capacity). Often, do not they know the context of the country they are working in. 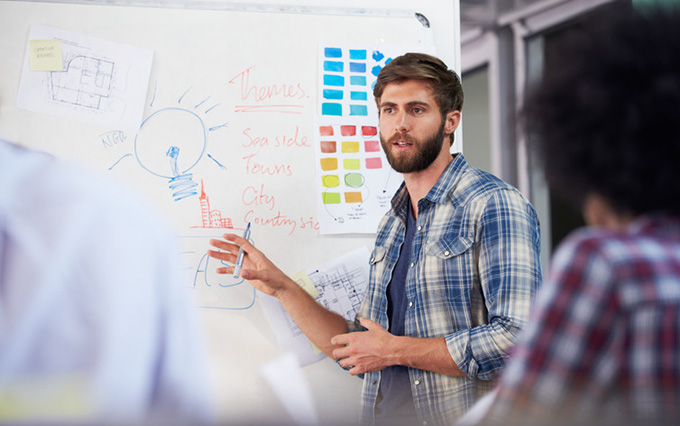 This is not capacity building. www.shutterstock.com

Many climate negotiators in the Global South believe that the money allocated for capacity building would be used more effectively if it could, at the very least, ensure the long-term sustainability of programmes.

That’s why, during the Paris climate talks last year, representatives from the Global South argued, quite rightly, that the current approach needs to change. We argued that it is inefficient, costs a lot of money, and is frequently not sustainable.

Perhaps unsurprisingly, representatives from the Global North seemed quite content with their current approach of using their respective development agencies.

The Paris agreement: a silver lining?

After considerable discussion, capacity building was included in the Paris climate agreement. 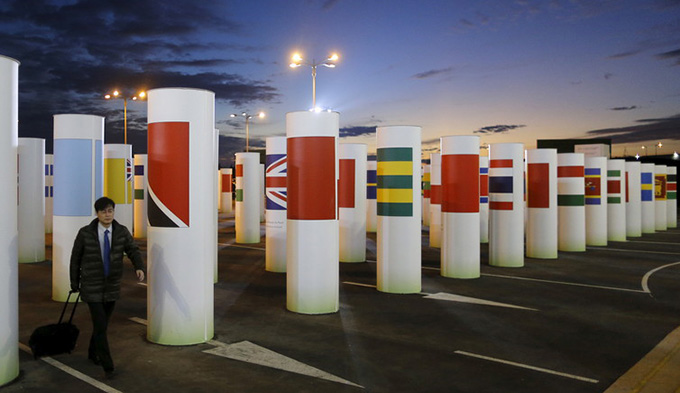 Some progress was made at climate talks in Paris. Stephane Mahe/Reuters

The committee will both identify gaps in current capacity-building programmes and promote international cooperation to address them.

But this will not be enough, since the way we currently think about capacity building – as something consultants are paid to do – has to be radically transformed to be effective. Funding earmarked for capacity building needs to be directed to programmes that have a lasting effect and build local capacity for generations to come.

How to change the story

There is one type of institution that has not been engaged in climate change capacity building thus far, and yet is the oldest capacity-building institution around: the university.

There are many universities in developing countries that are yet to meet their full potential in building the capacity of their students to fight climate change. These students will not only be leaders of their countries one day, they will also face the effects of climate change in far greater force.

Similarly, while there are currently many research projects funded to study climate change in the Global South, rarely are professors and students from the host country included in these projects (other than maybe one or two experts, and a field coordinator). This is partly because there’s a common trend among researchers to collaborate with people they already know.

Better knowledge-exchange programmes between universities in the Global North and the Global South should be a key component of capacity building in the future. A knowledge-exchange programme would see university researchers and educators and practitioners working together to draw on their communal research and field experience. Universities in the north could also create opportunities for their southern counterparts to access databases, academic journals, professional development materials, and other resources.

This won’t require an excessive amount of funding since, and it’ll ideally be a mutually beneficial relationship.

NGOs and negotiating groups are already playing crucial roles in engaging universities to conduct research as needs for information emerge in the wake of the Paris agreement. Robust capacity-building programmes should target researchers in developing countries who have fewer opportunities for collaboration over those employed in developed countries.

Strengthening technology development in climate-vulnerable countries has been a key objective of climate negotiations from the beginning, in order to bridge the gap between Global North and Global South.

The technical know-how of climate change, whether it be renewable energy technology, advanced mapping software, or adequate databases, is often lacking in the developing world. 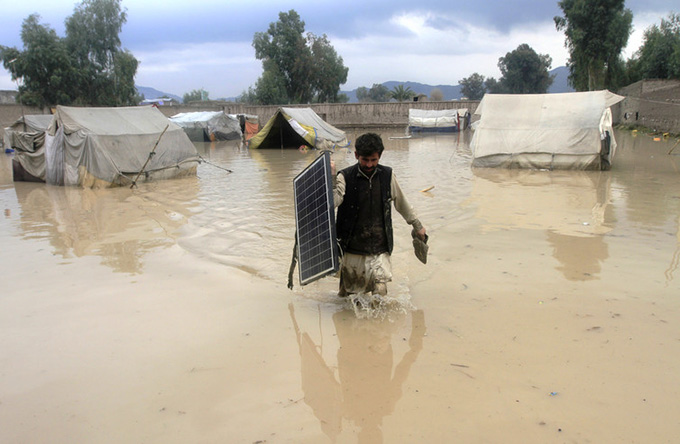 A man carries a solar panel as he wades through flood waters in Afghanistan. Parwiz Parwiz/Reuters

The lion’s share of technology work needs to be undertaken by people within developing countries. The Global North can help by providing funding for research and development, and reducing costs for access to technology. Again, universities are a perfect place to start.

With the stronger political will to address climate change, it is now the responsibility of governments worldwide to shape the future of climate action. The success of the Paris agreement depends on successfully tracking implementation of adaptation and mitigation actions. Thus, transparency is needed more than ever to navigate ambitious national paths.

Countries in the Global North can support the Global South by helping them build institutional capacity. This would improve transparency issues within southern organizations and government bodies.

What the South can teach the North

Capacity building is a “fundamental precondition” of the post-2020 climate regime set out in Paris. It will require equal and active participation from all.

While current practices need to be redefined, and gaps identified, politicians and development agencies will also have to change the way they think about the Global North and Global South.

Although the Global North may have years of experience supporting developing countries, particularly in the area of climate mitigation, the Global South has a lot to teach about its own experience in adapting to climate change. After all, these are the countries that have been on the frontlines.

It is now time for developing real capacity building approaches, instead of mindless spending on presentations and seminars.

Climate change is real – capacity building should be too.

Author Bios:Saleemul Huq is Director of the International Centre for Climate Change & Development and Naznin Nasir is Coordinator of Loss and Damage Program and Communications at the Independent University, Bangladesh